It made for beautiful scenes! 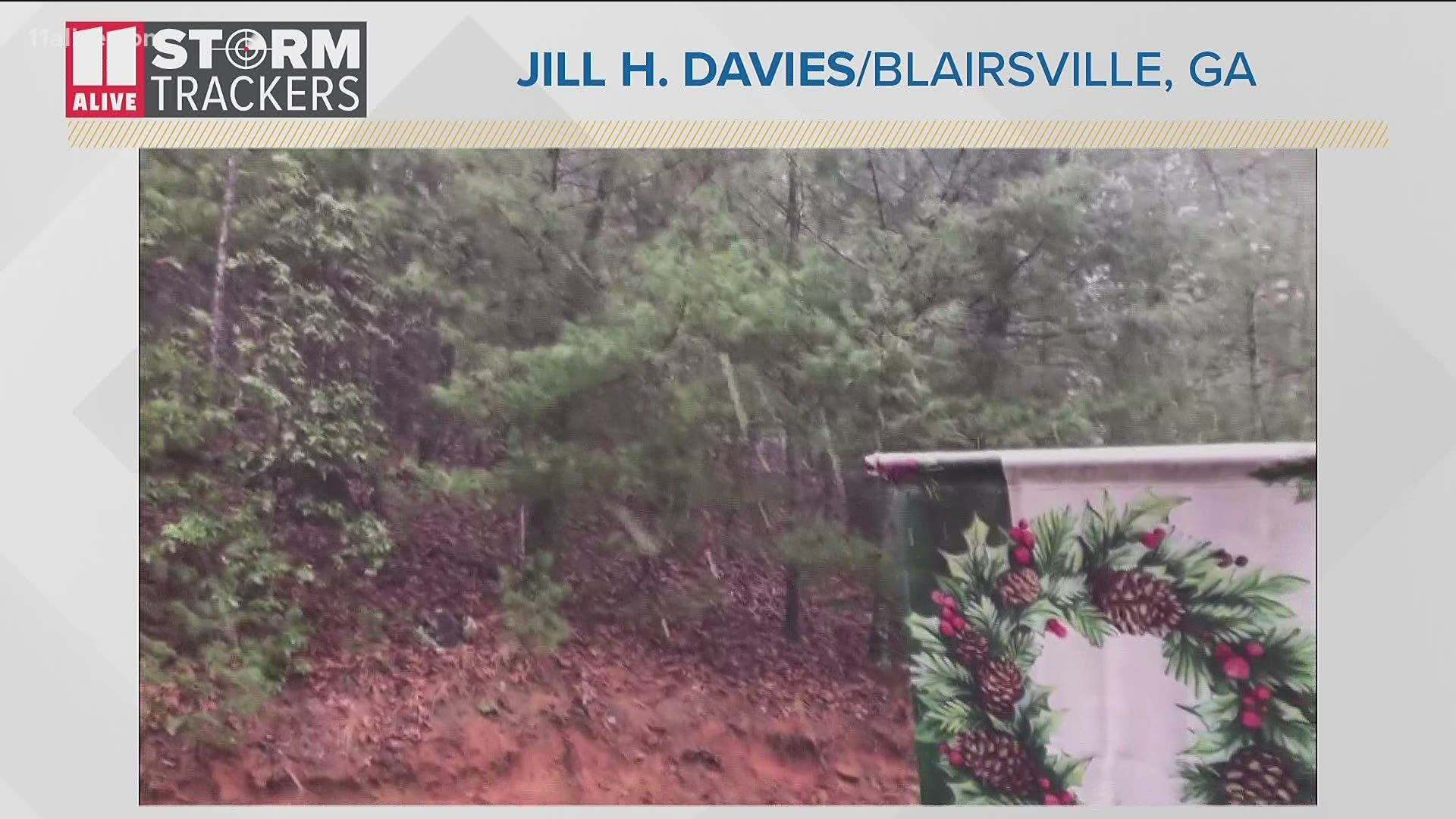 ATLANTA — North Georgia got its first taste of winter - weeks before the official start of the season!

Though it comes ahead of the official start of winter, the flurries that fell made for beautiful scenes - from woodland creatures surrounded by falling flakes, to an infant experiencing the feeling of the snowflakes for the first time.

According to the 11Alive StormTrackers, temperatures on Monday will plummet in the overnight hours into early Tuesday - and bottom out in the 20s.

As temperatures drop like a rock, moisture behind the system will bringing snow flurries over north Georgia - and into north metro counties - late Monday into early Tuesday. A winter weather advisory is also in effect.

Little to no accumulation is expected in the metro, but about 1.5 inches will fall over the extreme higher elevations of the north Georgia mountains.

Snow was already falling Monday evening in Blue Ridge and Ellijay, Georgia, and was seen as far south as Sandy Springs and Smyrna.