Officials are finalizing their report. 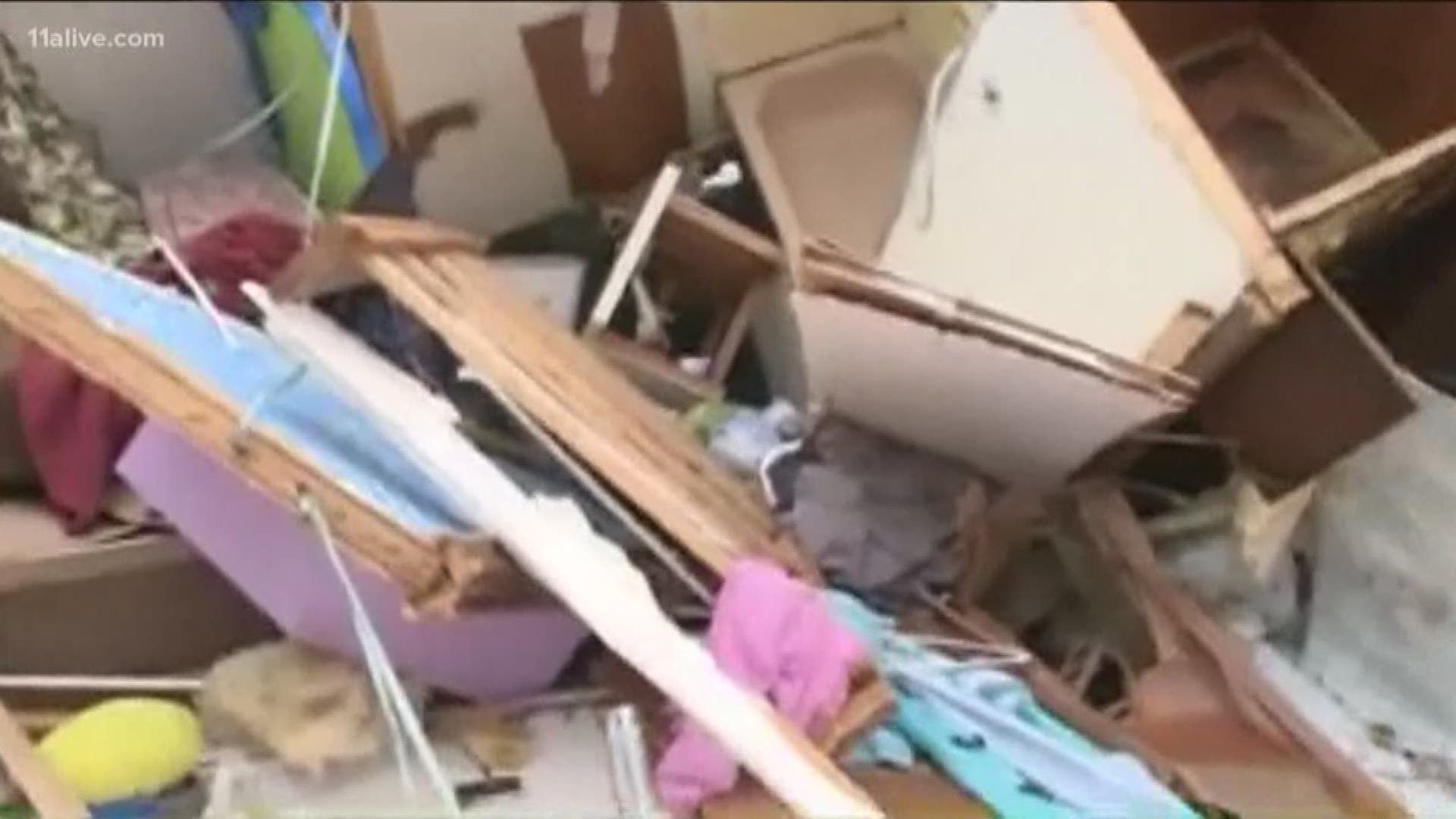 TALBOTTON, Ga. — Survey teams from the National Weather Service (NWS) now say the storm that tore through parts of central Georgia was an EF-3 tornado.

That's an upgrade from earlier, when preliminary reports indicated the storm might have been a high-end EF-2 tornado.

According to new information from the NWS, the tornado that hit Talbot County, Georgia during Sunday’s deadly storm had winds of 135 to 140 mph. It had a continuous track that originated in Alabama and carved its way into Muskogee, Harris and Talbot counties - about 43 miles.

The city of Talbotton, near Columbus, endured severe damage. A handful of people were hurt in Talbotton said Leigh Ann Erenheim, director of the Talbot County Emergency Management agency.

At least 23 people were killed in Lee County, Alabama where a EF-4 tornado touched down. Winds for that storm are estimated to have been 175 mph and left entire homes completely flattened.

RELATED: Youngest victim in Alabama tornadoes is a child

Georgia Gov. Brian Kemp said Monday that up to two dozen homes have been destroyed in Georgia and 40 homes have been severely damaged. Several businesses are cleaning up as well.

Georgia Power said local crews plus 300 more workers are in Southwest Georgia helping to restore power. They're working to repair more than 70 broken poles and downed wires, according to the Georgia Power.

Crews are also searching door-to-door in the rural city of Cairo, Georgia, about 33 miles north of Tallahassee, Florida.

Kemp has issued an emergency declaration for Grady, Harris and Talbot counties to open up state assistance to rebuild.

Sunday's line of storms was the deadliest day of tornadoes in the U.S. in nearly six years, according to the Associated Press.