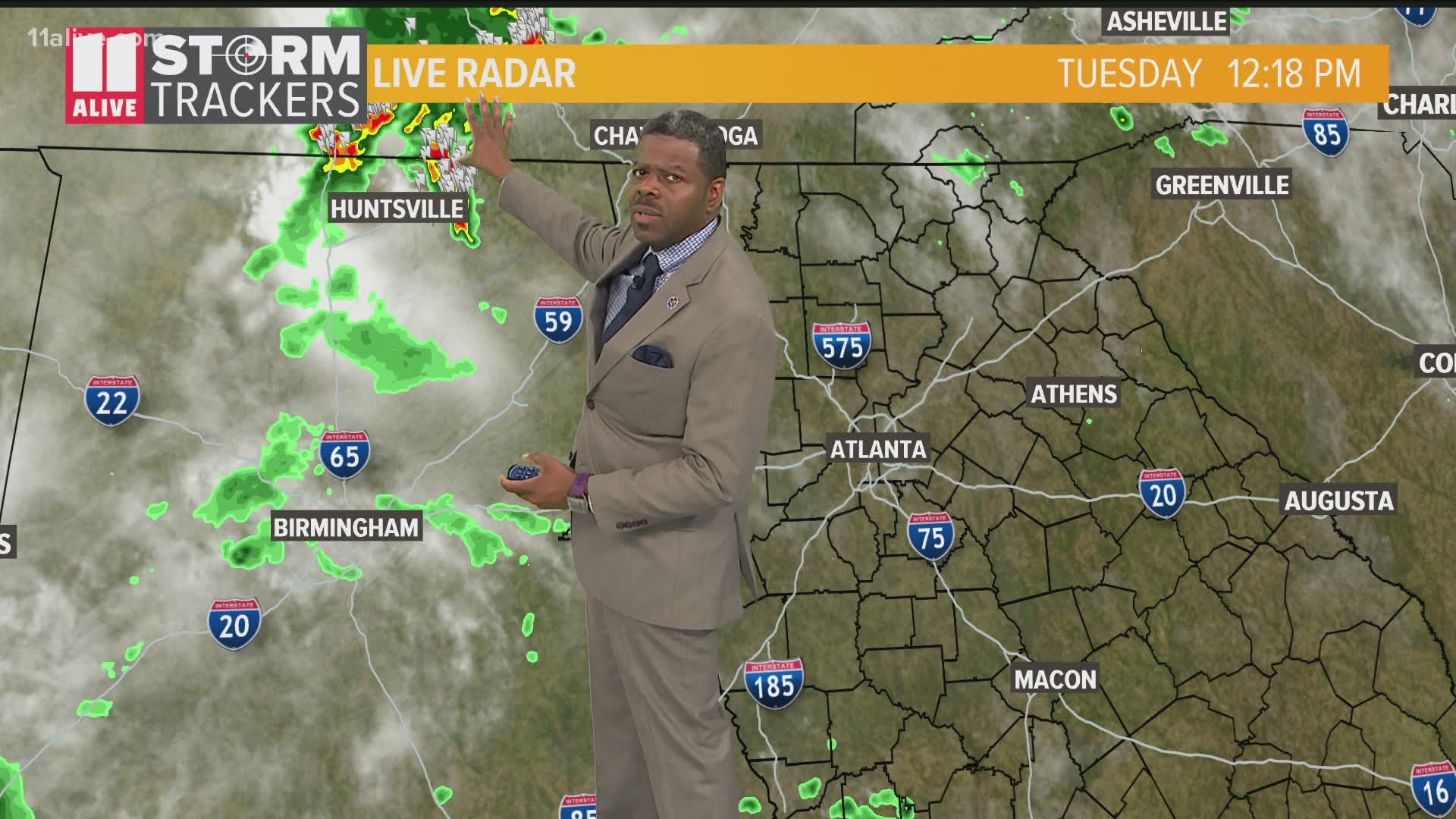 ATLANTA — The 11Alive StormTrackers are monitoring the chance for severe weather for Tuesday, June 30.

There is a 50 percent chance for showers and thunderstorms over north Georgia for Tuesday.  The showers could develop at anytime today, but thunderstorms are more likely during the afternoon.

The Storm Prediction Center has much of the metro area, north Georgia and areas east of Atlanta in a "marginal" or level 1 of 5 risk for some stronger storms. Those storms could produce strong winds, hail, and frequent lightning.

3:33 p.m. - The severe thunderstorm warning has been canceled for Meriwether and Talbot counties.

3:12 p.m. - The severe thunderstorm warning is canceled for Harris and Troup counties, but remains in effect for Meriwether and Talbot counties.

3:01 p.m. - The severe thunderstorm warning is canceled for Catoosa, Chatooga and Walker counties. It remains in effect for Floyd, Gordon, Murray and Witfield counties until 3:30 p.m.

2:54 p.m. - A severe thunderstorm warning is issued for parts of Harris, Meriwether, Talbot and Troup counties until 3:45 p.m.

Hazards associated with the storm include 60 mph winds and penny sized hail, which could bring damage to roofs, sidings and trees.

RELATED: Why are experts predicting a busier than normal hurricane season?