The Atlanta-based carrier was forced to turn 49 flights away, according to a spokesperson. 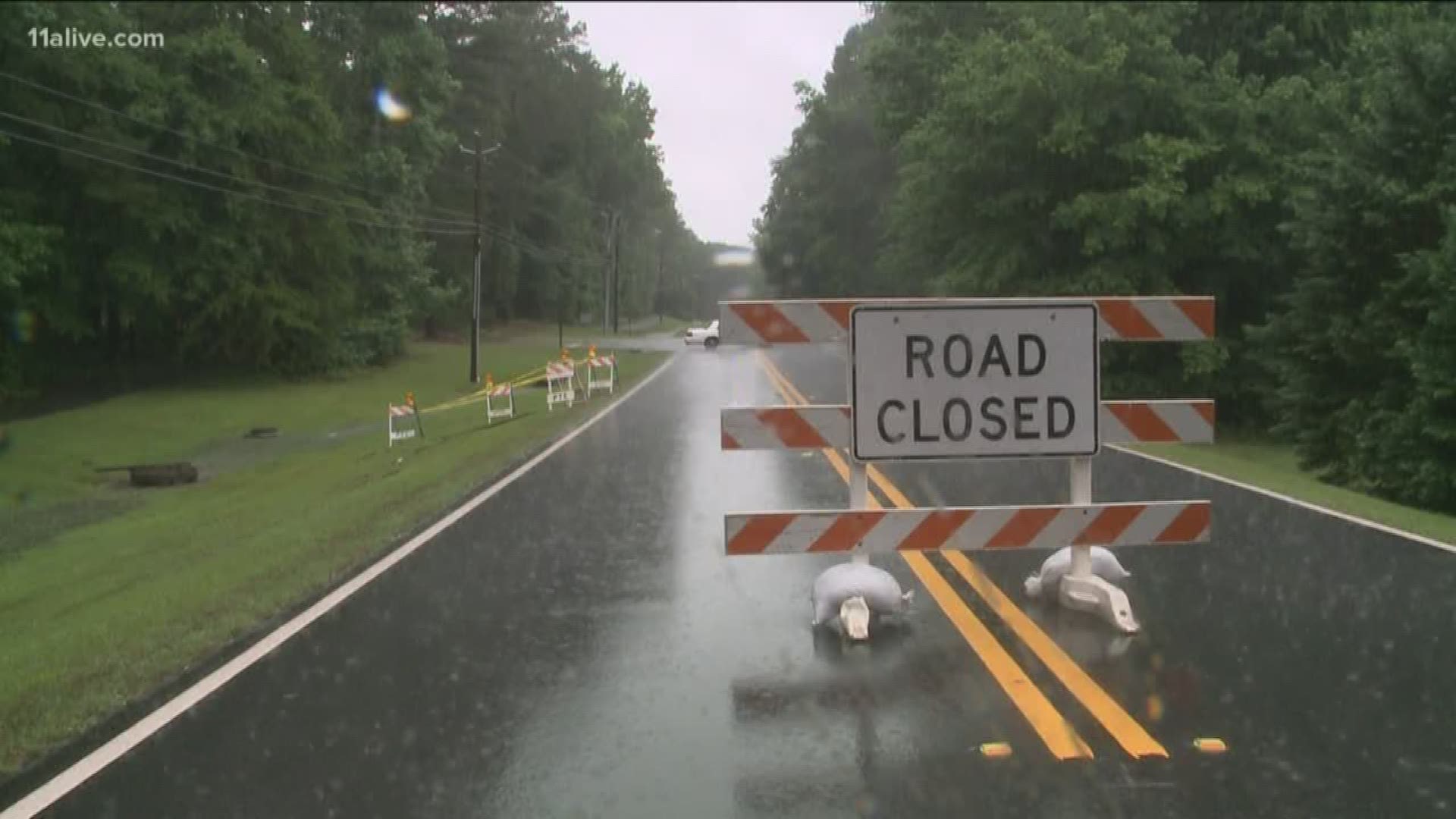 ATLANTA — The heavy rainfall in Atlanta on Saturday affected more than just the roads.

Showers and thunderstorms in Atlanta on Saturday forced Delta Air Lines to divert "about 49 flights" to other destinations, a spokesperson told 11Alive News.

One 11Alive News viewer, A.Z. Hall, asked about Delta's status following calls from relatives that he was expecting to arrive from California Saturday evening.

To his surprise, his relatives were in Memphis instead of Atlanta.

When contacted by 11Alive News about the flight on Sunday morning, the Atlanta-based carrier released a statement.

"Delta flight 2821 operating from San Jose to Atlanta, diverted to Memphis due to severe weather in Atlanta. The flight landed without incident in Memphis and will depart for Atlanta shortly. We apologize to our customers for the travel disruption this may have caused,” the air carrier said.

Delta spokesperson Adrian Gee said the flight that Hall's relatives were on was one of about 49 different flights that were diverted to other airports due to the weather in Atlanta.

She said that 176 passengers were on board the San Jose flight, and were being accommodated as quickly as possible, as were the other passengers who were diverted away from Atlanta's Hartsfield-Jackson International Airport due to the severe weather.

Although more heavy showers and thunderstorms are in the forecast for Sunday, Gee said that Delta did not expect to have to divert any flights at this point.

1 / 7
WXIA
A truck pushes through a flooded intersection at Woodley Drive at Wesley Drive, near Peachtree Creek in northwest Atlanta on Saturday, June 8, 2019.

Condos flooded out in Peachtree City due to heavy rain