The clouds looked 'out of this world'. Here's how they form. 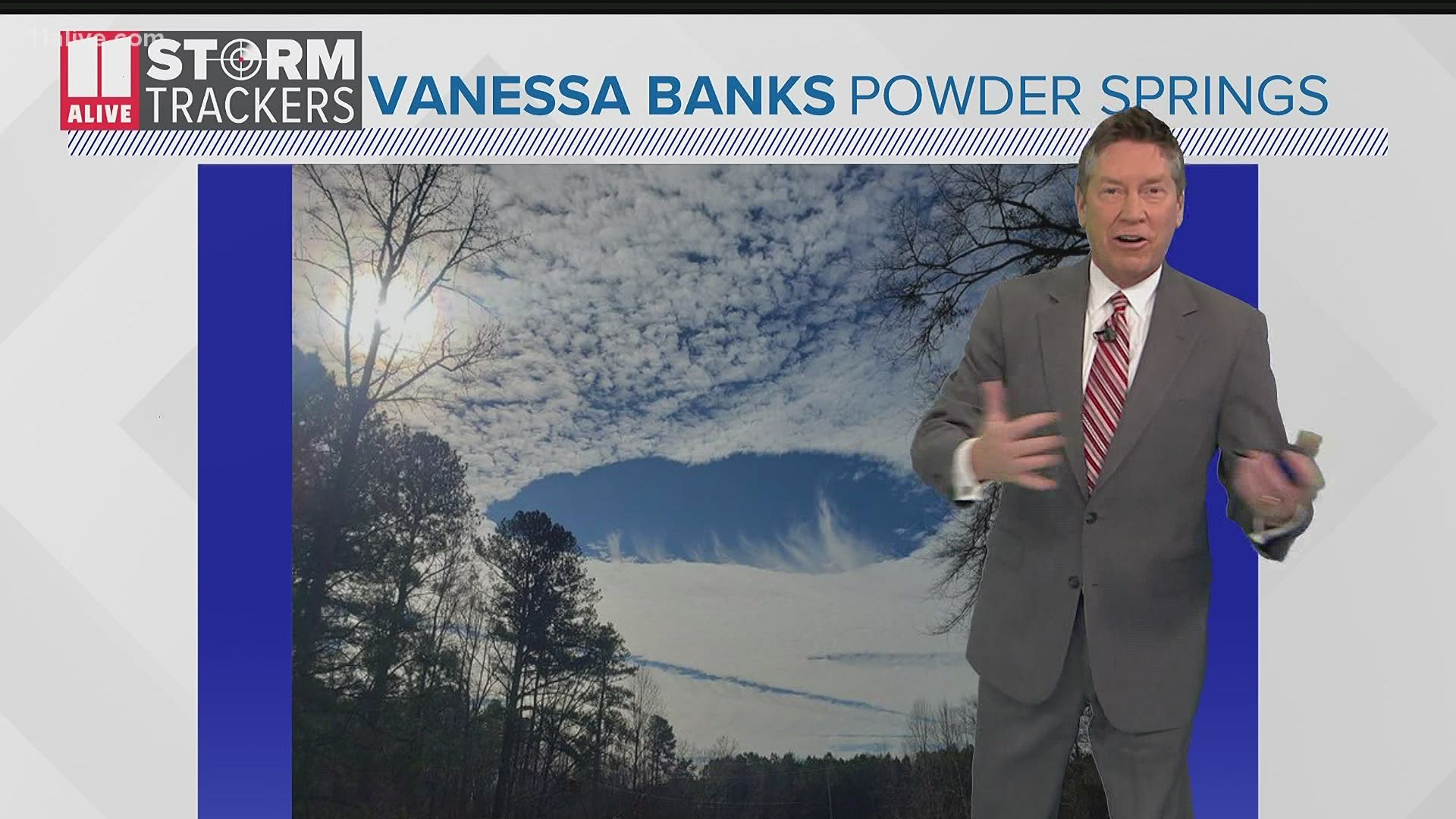 Formally known as fallstreak holes, hole punch clouds aren't formed by UFOs, Aliens, or anything out of this world. But they do look a bit eerie.

The formation is similar to hole punch clouds, but shaped differently. A jet plane flying through this layer of altocumulus clouds triggers the supercooled water droplets to rapidly freeze.

As the plane flies along, you end up with a narrow and long structure of this gap in the clouds. The photo below shows the long, narrow canal cloud over Atlanta, sent in by 11 Alive StormTracker John Askew.

Here's a further vantage point of both a hole punch cloud and a canal cloud from Atlanta. What a sight to see!

What is even cooler - is that you can see all of these on visible satellite imagery from space!