Atlanta could have record heat Friday

Friday's high temperature will flirt with the record high with the heat index above 100. 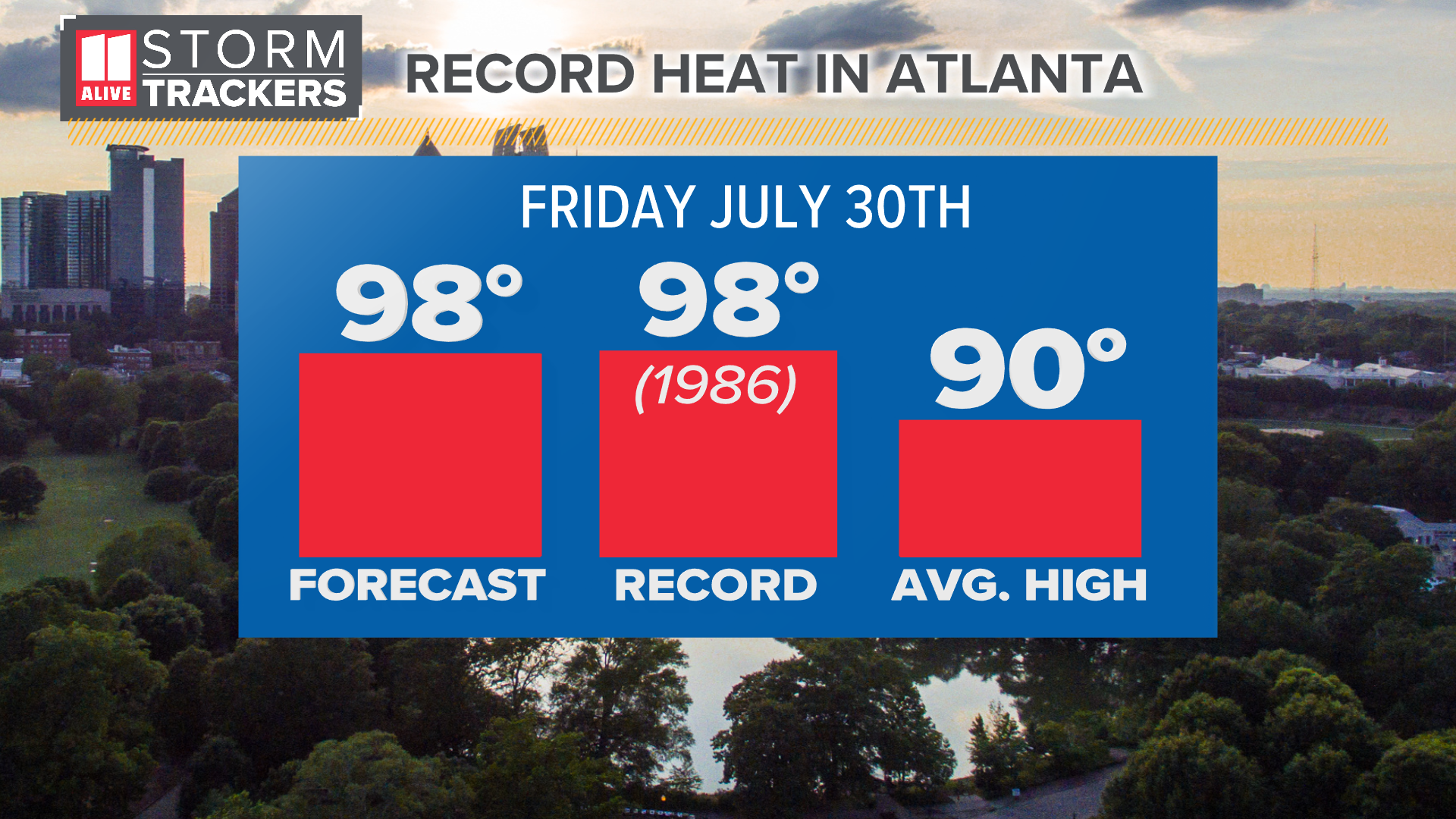 ATLANTA — High heat stretches across the mid section of the country, and will expand throughout the southeast in the coming days. In Atlanta, high temperatures will climb more than 5 degrees above average, and will flirt with the record on Friday.

The big picture: the jet stream is pushed far north, allowing heat to build across much of the lower 48. Highs 5 to as much as 20 degrees above average stretch from the Northern Plains down to the Gulf.

For Atlanta, our temperatures peak Thursday and Friday of this week, with forecast highs of 97 degrees. They'll stay in the 90s through the weekend. Our average high temperature this time of year in Atlanta is 90°.

Having mid 90s in July really isn't that unusual. Most of our daily record high temps for both Atlanta and Athens are just above 100 degrees. But, there's an outlier on Friday. The daily record high in Atlanta is only 98°. Right now, we're forecasting to tie that record from 1986.

Thursday will be a hotter day than Wednesday, but the humidity may not be quite as high. The feels like temps will be on either side of 100.

And finally Friday's heat index will be the hottest of the bunch. Avoid prolonged time outdoors on Friday afternoon. It will feel like 100 to 105 during the afternoon.

Through Wednesday, July 28th,  Atlanta has only had 14 days at or above 90° this year. July is typically our hottest month of the year with average high temps of 90 degrees, but the first half of the month featured cooler than average temperatures. We'll continue adding to our 90 degree day count here over the next 5 days.