Officials said 20 percent of the nests are still incubating underground and they expect to lose most of them to the storm. 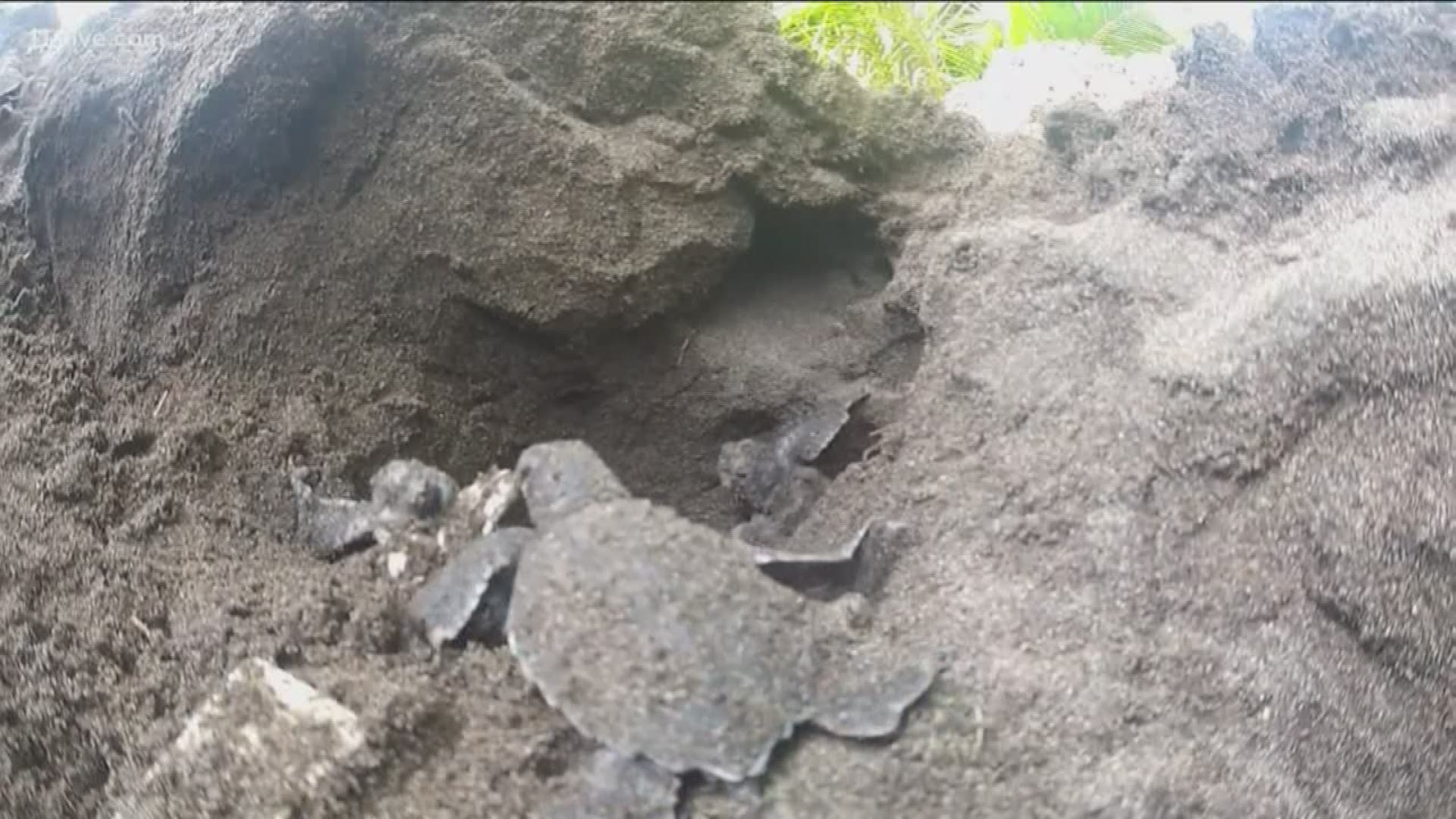 GLYNN COUNTY, Ga. — As Hurricane Dorian nears the coast, animal activists are concerned about how the storm could impact sea turtle nests.

A few months ago, the Georgia Department of Natural Resources said the first loggerhead nests of the 2019 season were discovered.

It was reported in June that the number of sea turtle nests along the Georgia coast was on pace to set a record. But now, Dorian could be devastating to this already rare species.

Jekyll Island is known for being a safe haven for sea turtles. Officials said 20 percent of the nests are still incubating underground and they expect to lose most of them to the storm.

Activists wonder if the sand dunes will hold up, protecting the nests.

"Hatchlings that are emerging and working their way up to the surface are actually breathing and if the are inundated, they will drown in there," said David Godfrey of the non-profit Sea Turtle Conservancy.

However, Godfrey said if 20 percent fo the nests are wiped out by the hurricane, that still leaves 80 percent.

"A lot of the really large numbers of turtle nests that were deposited this year have already emerged and the hatchlings have safely made it to the sea, he said. "That's the silver lining."

The Georgia DNR said the sea turtle population has been increasing over the years. This summer alone, Georgia beaches had almost 4,000 turtle nests.

So, the storm shouldn't make a large dent in their population. Sea turtles also live a long time, which works to their advantage because they can stick around putting more eggs in the ground.

The adult turtles already in the sea will shelter underwater during storms. The ones that are being rehabilitated at the Georgia Sea Turtle Center on Jekyll Island have been evacuated.

How to help those in the Bahamas impacted by Hurricane Dorian