It was on Aug. 29, 2005 that Katrina made landfall in Louisiana near Buras-Triumph, La. 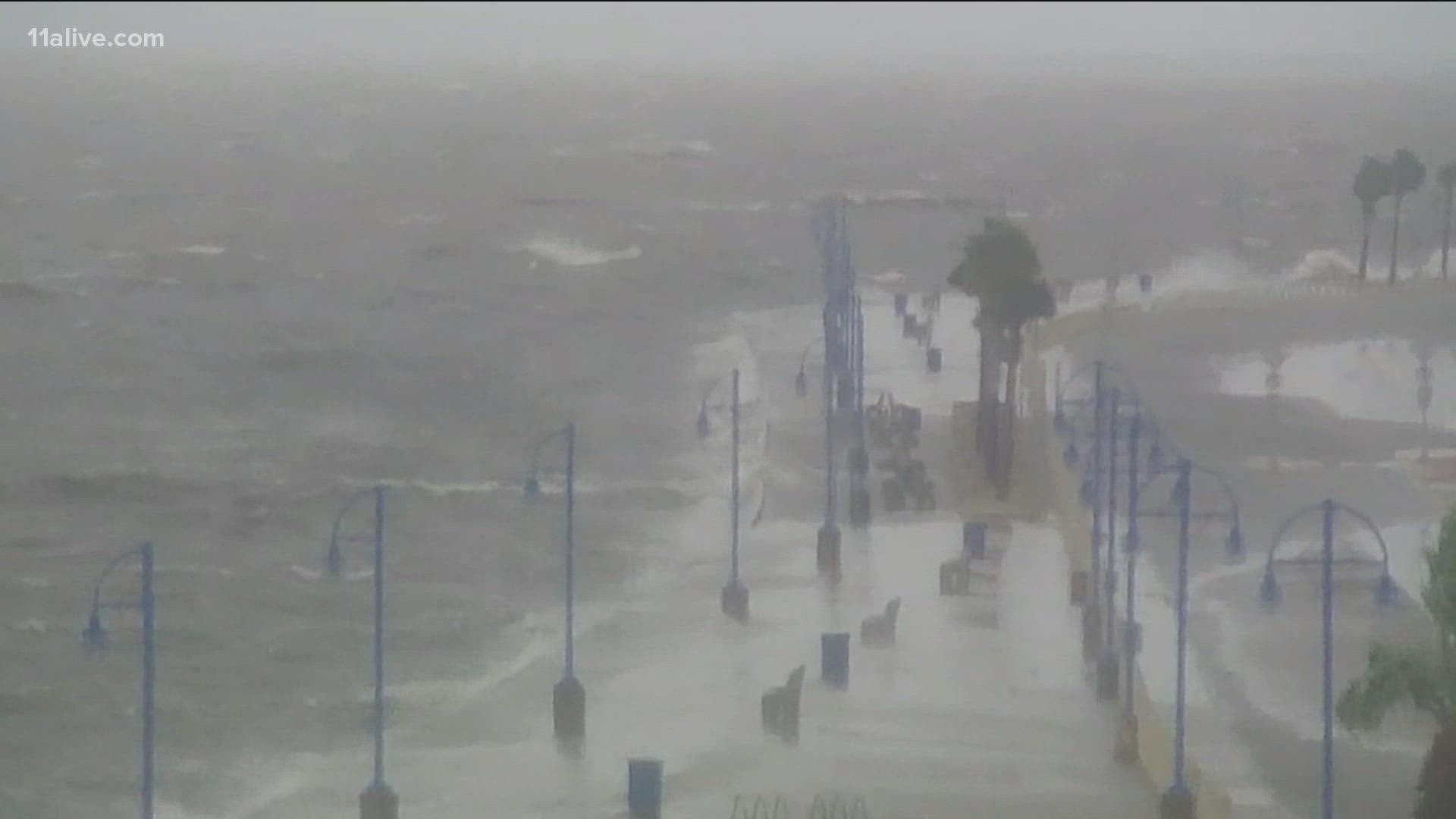 ATLANTA — In a remarkable and foreboding confluence, Hurricane Ida made landfall Sunday afternoon In Louisiana exactly 16 years to the day after Hurricane Katrina.

It was on Aug. 29, 2005 that Katrina made landfall in Louisiana near Buras-Triumph, a tiny town of about 3,500 people at the time the hurricane hit. It was actually Katrina's second landfall, after it had crossed over South Florida four days earlier.

The storm then traveled up the Gulf of Mexico toward Louisiana, where it strengthened into a Category 5 monster.

It weakened to a Category 3 hurricane by the time it hit the Gulf Coast, but its rains and storm surge overwhelmed New Orleans' levees, causing catastrophic flooding that still, 16 years later, make it one of the most devastating natural disasters in modern American history.

On Sunday, Hurricane Ida arrived near Port Fourchon, La., even stronger than when Katrina hit - as a Category 4 hurricane with maximum sustained winds of 150mph.

The date of landfall between Katrina and Ida isn't the storms' only parallel - Ida made landfall with a pressure of 930mb, and the only hurricane to ever hit the state with a lower pressure? Katrina at 920mb.

Ida has made landfall as a Category 4 Hurricane with winds 150mph and a pressure of 930 mb. The only Hurricane to make landfall in Louisiana with a lower pressure was Katrina… 16 years ago today with 920 mb. pic.twitter.com/0Ic6RewzSq

The hope is that the parallels will stop there, however. 11Alive's sister station in New Orleans, WWL, spoke to the Army Corps of Engineers ahead of Ida's arrival, and the Corps said the system was ready this time.

“We spent 16 years to make this the best system in the world, and we truly believe that it is,” Corps spokesman Heath Jones said.

WWL noted that Katrina passed over to the east of New Orleans, while Ida right now is projected to pass over to the west. That could possibly result in more wind damage, tornado threats or rain-based flooding, but shouldn't create the kind of storm surge Katrina caused that broke the levees and left so much destruction.

"We’ve seen some modeling... we have levees on the east bank around St. Bernard that are up to 30-feet high," Jones told WWL. “I’m personally more worried about rain and wind."