Hurricane Zeta moves into Louisiana as a Category 2 storm

Conditions are deteriorating for parts of the northern Gulf Coast. 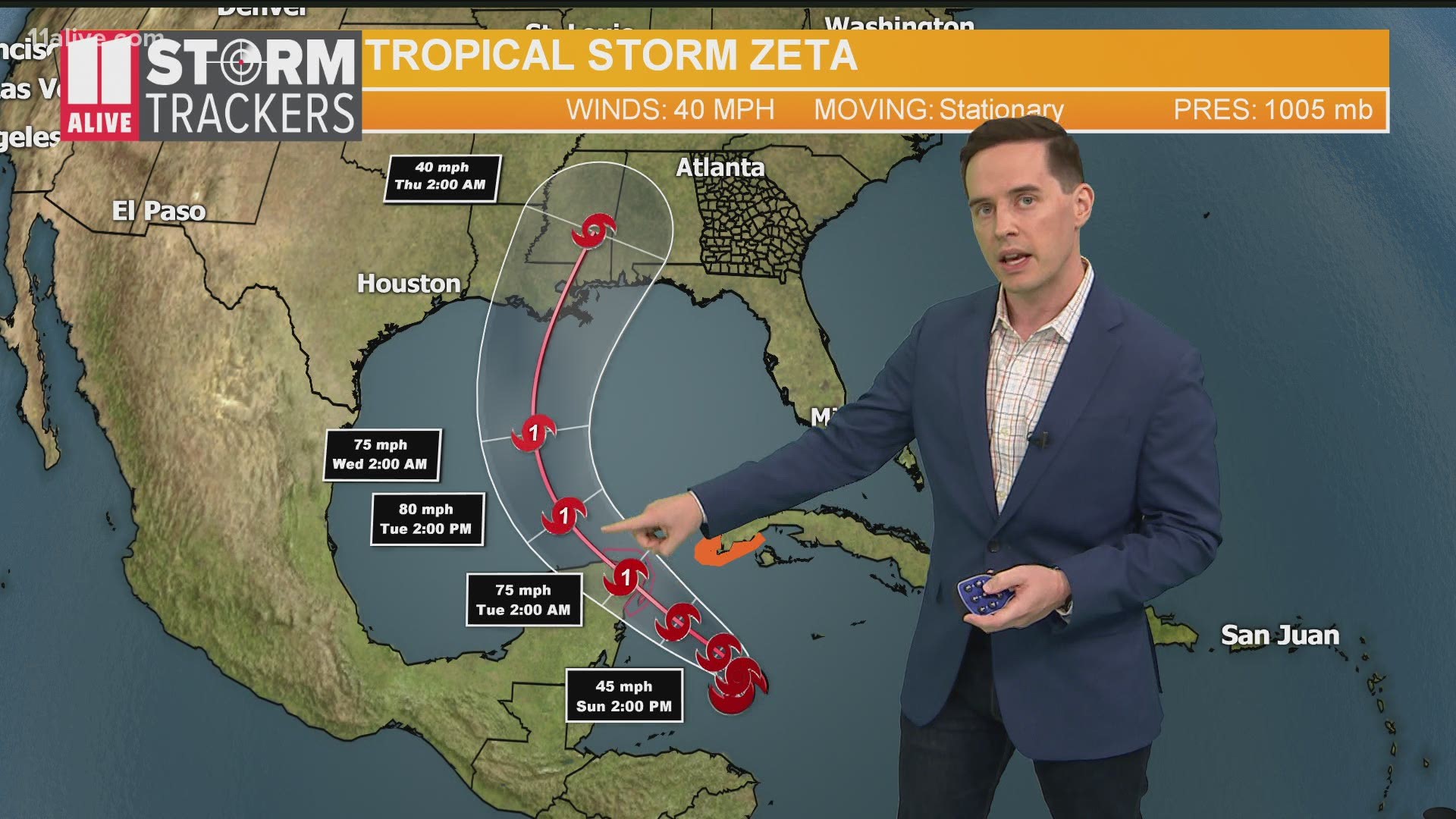 ST. PETERSBURG, Fla — Hurricane Zeta made landfall along the Louisiana coastline at just a tick under major hurricane strength.

As of the National Hurricane Center's latest advisory, Zeta is a 100-mph Category 2 storm moving at a speedy 25 mph toward the north-northeast. It is located about 10 miles southwest of Slidell, Lousiana.

The storm would have been considered a major, Category 3 storm with 111 mph winds.

Hurricane-force winds were measured, with an unofficial weather station in Golden Meadow, Louisiana, reporting sustained winds of 94 mph and a gust to 110 mph, according to the NHC.

Ginormous waves of nearly 50 feet reportedly were seen from an oil platform in the Gulf of Mexico.

Check out these waves from Hurricane #Zeta on an oil platform in the Gulf of Mexico. This specific rig is south of Louisiana, and was near the eyewall of Zeta. They recorded wind gusts exceeding 150 mph, and waves over 50 feet!
📸: Brian Stout pic.twitter.com/yF8D4gKaJo

Minimal local impacts to the Tampa Bay area are expected from the storm, aside from the threat of rip currents along the Gulf coastline.

While all tropical storm warnings have been discontinued for the Yucatán Peninsula after making its first landfall there late Monday night, there are several warnings in effect for the United States.

Now that we have reached the name Zeta, the 27th named storm of the 2020 Atlantic hurricane season, we are one away from tying the all-time record of named storms (28) set in 2005.

The National Oceanic and Atmospheric Administration (NOAA) updated its 2020 hurricane season forecast in September, indicating one of the most active seasonal forecasts that NOAA has produced in its 22-year history of hurricane outlooks.

The updated forecast calls for 19-25 named storms, 7-11 hurricanes and 3-6 major hurricanes. This includes the 27 storms and 11 hurricanes we’ve already seen so far, moving us just outside the prediction window for named storms.