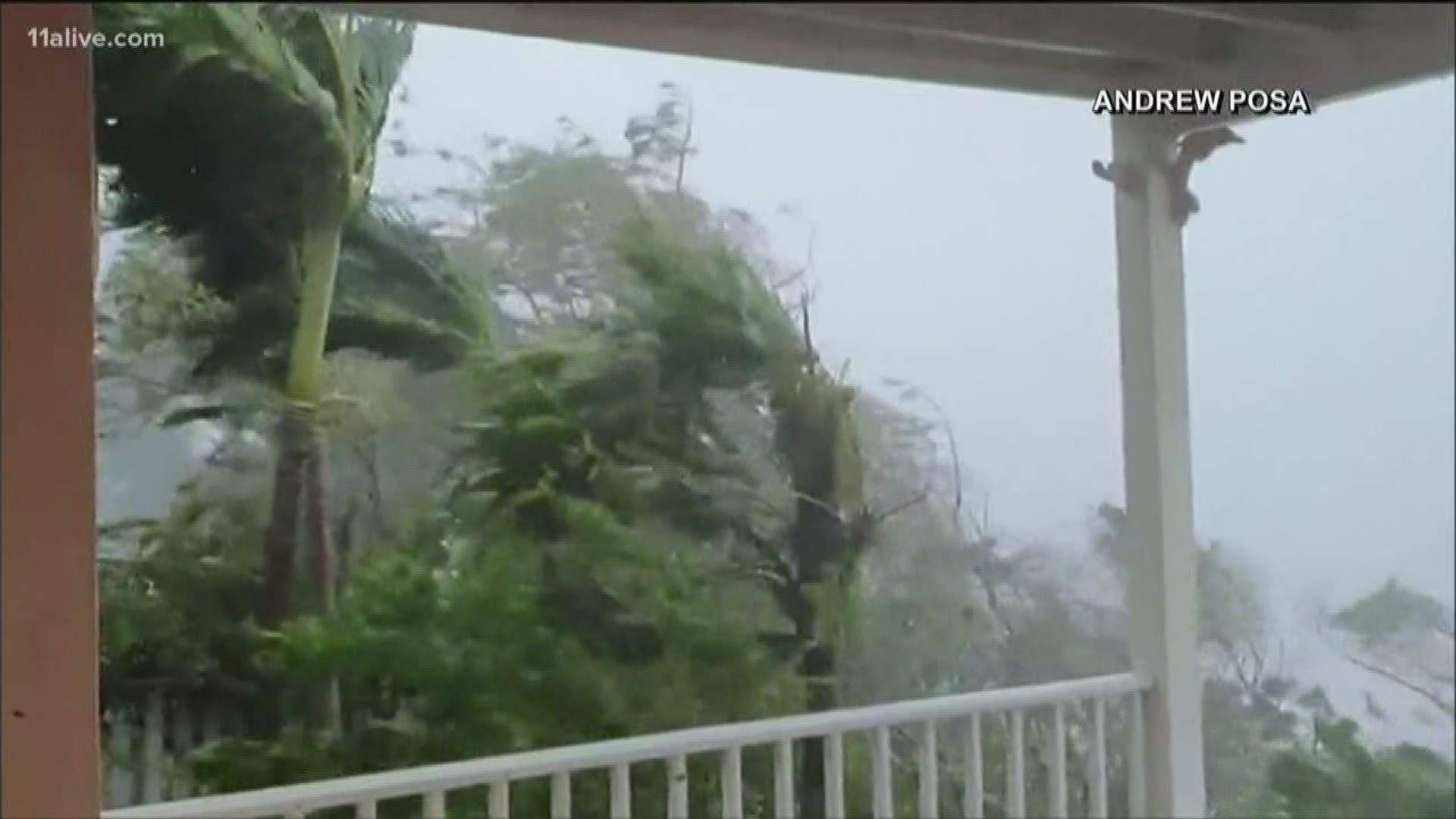 ATLANTA — Residents along Georgia's coast have been told to evacuate as life-threatening Hurricane Dorian takes aim at the East Coast of the United States.

Gov. Brian Kemp issued the mandatory evacuation order Sunday night, with the order set to take effect noon Monday and last through Sept. 9. The evacuation order applies to the counties east of I-95, including Byran, Camden, Chatham, Glynn, Liberty and MCIntosh counties.

A state of emergency is already in effect for 12 southeast Georgia counties, as downed trees, power lines, debris and significant flooding are all anticipated when Dorian skirts up the eastern coasts of Florida, Georgia and the Carolinas.

According to the order, the Georgia Department of Transportation will start contraflow from the coast, reversing the eastbound lanes of I-16, beginning Tuesday at 8 a.m.

KEMP | 'Not one to play around with:' Kemp urges residents to heed evacuation order ahead of Dorian

Meanwhile, Hurricane Dorian slammed into the northern Bahamas as a monster category 5 storm around noon Sunday. The storm's sustained winds clocked in at about 185 mph, but had gusts that topped well above 200 mph.

The storm tied the record for the most powerful hurricane ever to come ashore, equaling the Labor Day hurricane of 1935, before storms were named.

Dorian's power is second only to Hurricane Allen in 1980, with its 190 mph winds, though that storm did not make landfall.

After the Bahamas, the slow-crawling storm was forecast to turn sharply and skirt toward the U.S. coast, staying just off Florida and Georgia on Tuesday and Wednesday and then buffeting South Carolina and North Carolina on Thursday.