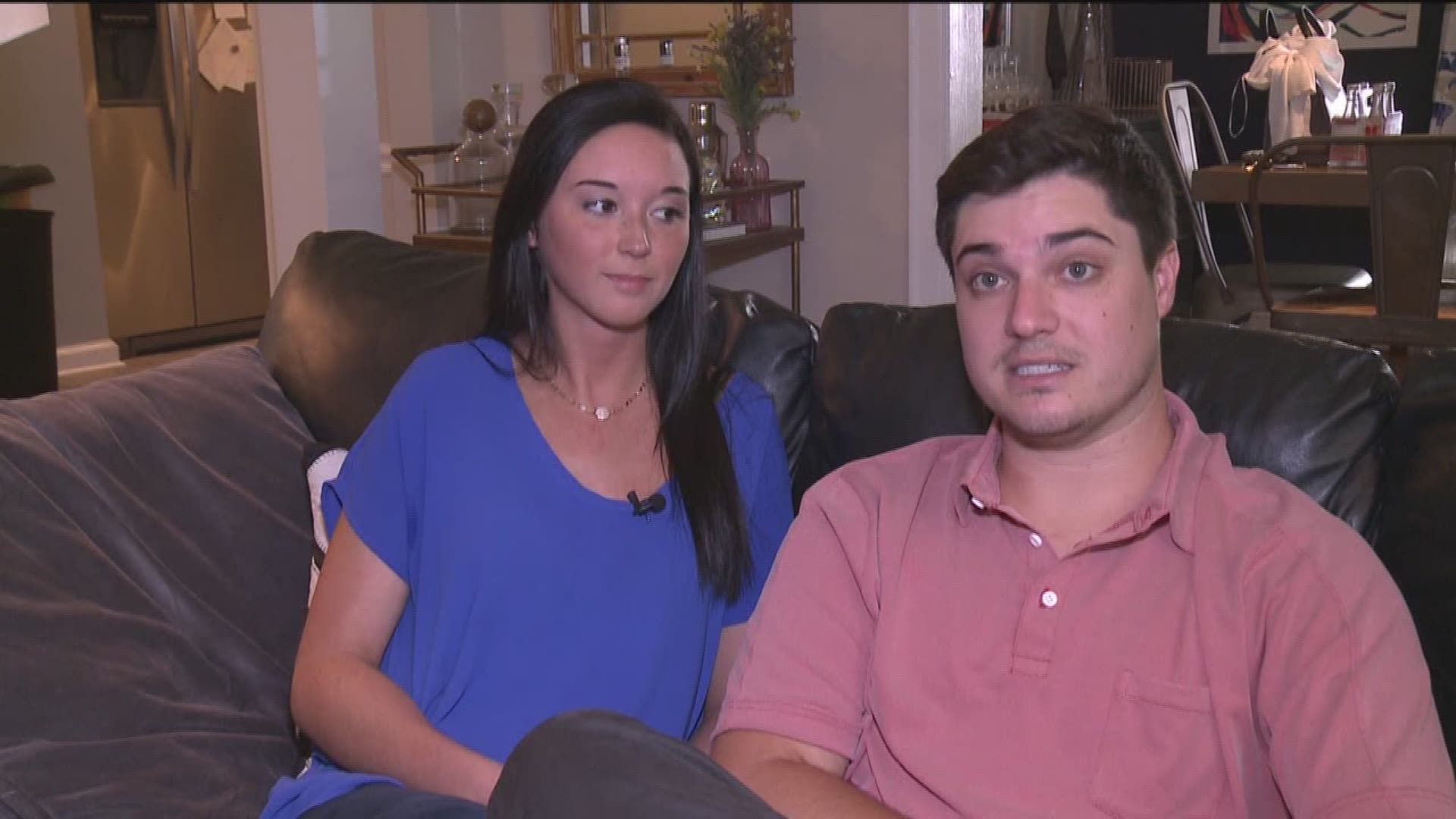 ST. SIMONS, Ga. -- As of Thursday evening, Hurricane Irma is still far from the Georgia coast, but it's already disrupting lives here in the state.

A metro-Atlanta couple had to cancel their plans for an island wedding on St. Simons this weekend because of a mandatory evacuation order now in place for Glynn County.

But a group of Good Samaritans, wedding vendors, decided they couldn't let the couple's dream wedding be a bust.

“Yesterday, when we got that final call saying it's time to go to plan B, I mean, I broke down in the jewelry store,” Sydnie Harris, the bride-to-be, told 11Alive News. “I broke down. I mean, it was awful. I got my ring cleaned for free because of it.”

Little did Harris and her fiancé Tyler Lee know that this was just the beginning of the generosity that would come their way.

After 8 long months of planning the perfect wedding, mother nature waited until the last minute to reveal she has other plans. Lee used to vacation on the island as a kid and took Harris there when they first met.

The couple fell in love with the place and decided it would be their wedding destination.

But with an impending storm 3 days before the wedding, vendors in Hurricane Irma's path started canceling on the couple around 5:30 p.m. Wednesday evening.

Wedding planner Courtney Buchanan with Fete & Figs was on the road when the bride-to-be called her.

“Poor Sydnie, in tears, telling me that the wedding has been canceled," Buchanan said. "I pulled over on the side of the road and said you know what, it's going to be OK.”

ST. SIMONS, Ga. -- Buchanan immediately reached out to all her contacts; even asking Facebook friends to help.

Within 24 hours, the couple not only got a new wedding cake thanks to Fox Brothers Catering, they booked Stems Atlanta as their florist, Karly Richardson as their photographer, and Southern City Lights as their musician -- all for free! They were also able to book a ballroom inside the Crowne Plaza Midtown at a discount.

“They all banded around me and I'm about to throw this amazing wedding,” Harris said, smiling.

Buchanan promised her the perfect wedding 8 months ago and it looks like even a destructive force like Hurricane Irma couldn't stop it.

“It really has been incredible to see it all happen,” Buchanan said. “Thankfully with the help of community and loved-ones it's going to happen and they are going to have an incredible wedding – just like I promised.”

The couple will tie the knot on Saturday. After the storm passes, they plan to check in on the original vendors to make sure they made it out safely.

“We didn't realize people cared so much until it happened,” Lee added.