Video from a resident in the Troup County city showed a flooded duplex off Park Ave around 7 a.m., with water pouring from the front door. 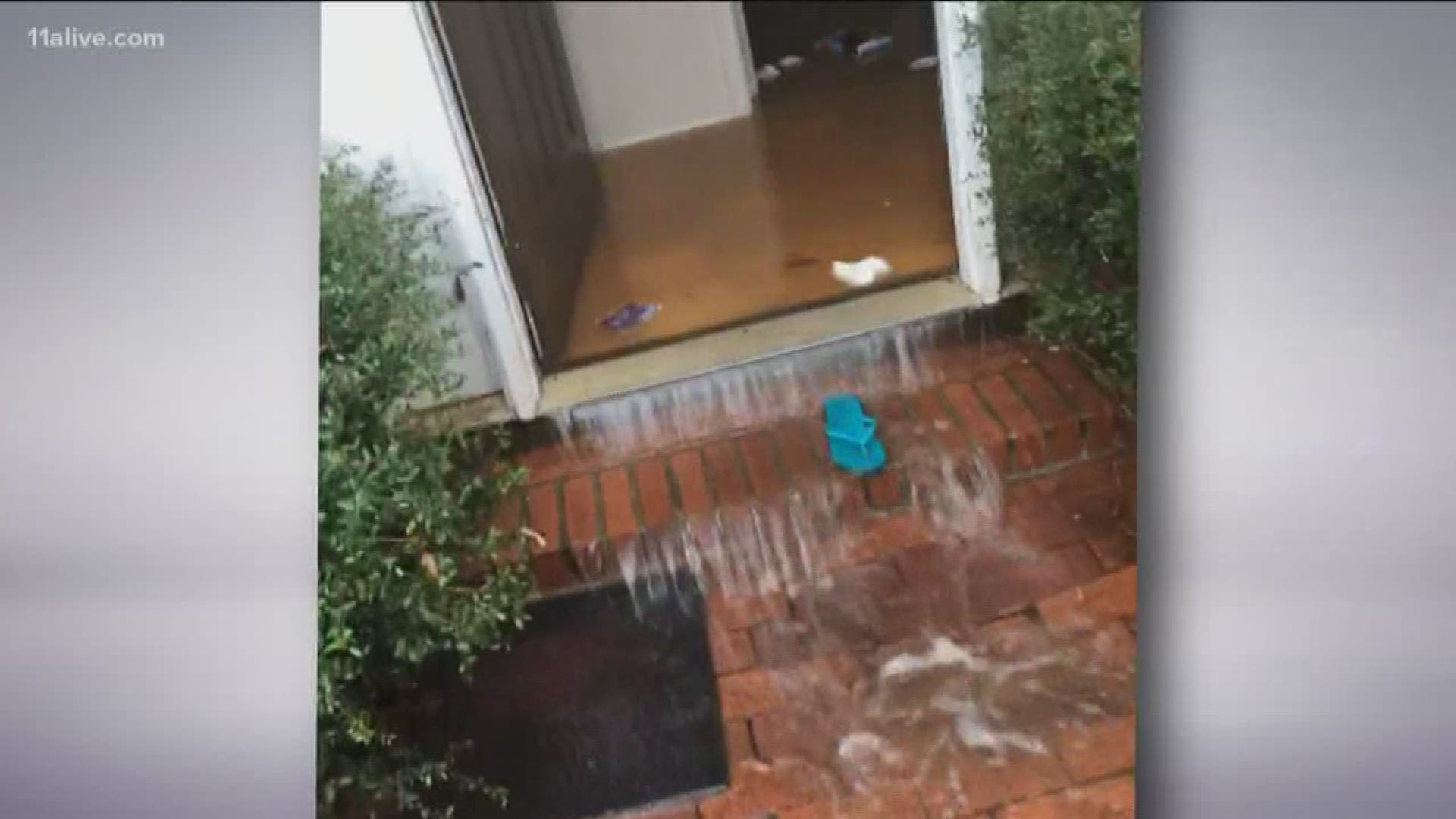 LAGRANGE, Ga. — The break from weekend severe weather was brief, and a new round of rain to start the week has left flooding in its wake.

Video from a resident in the Troup County city showed a flooded duplex off Park Ave around 7 a.m., with water pouring from the front door.

"Water just went flowing out, it was running like a river," said Tonya Nelson, whose daughter lives at the duplex.

11Alive photojournalist Jon Samuels spoke to the two families that live there, who said everyone was OK. But the heavy rain left the downstairs of the duplex flooded and furniture, clothes, food and more soaked.

"I look downstairs. The first step in our apartment was full of water and everything in that living was floating," said Keashane Mahome, one of the residents.

The residents estimate the water was at least a couple feet high, as water seeped into the dryer, the dishwasher and more.

The fire department came to shut off the power, to reduce the chances of a fire breaking out. The Red Cross responded, as well, to help.

"I mean it’s a major loss but we have to keep moving," said Mahome.

But LaGrange wasn't the only metro area to experience high water levels from all the rain. 11Alive photographer Stephen Boissy captured the swollen waters at Starr's Mill in Fayetteville, where water was backed up into an adjacent park and nearly up to the tops of picnic tables there.

You can get free nuggets at Chick-fil-A this month: Here's how