Damage to boats, trees and docks were reported along the popular metro Atlanta lake. 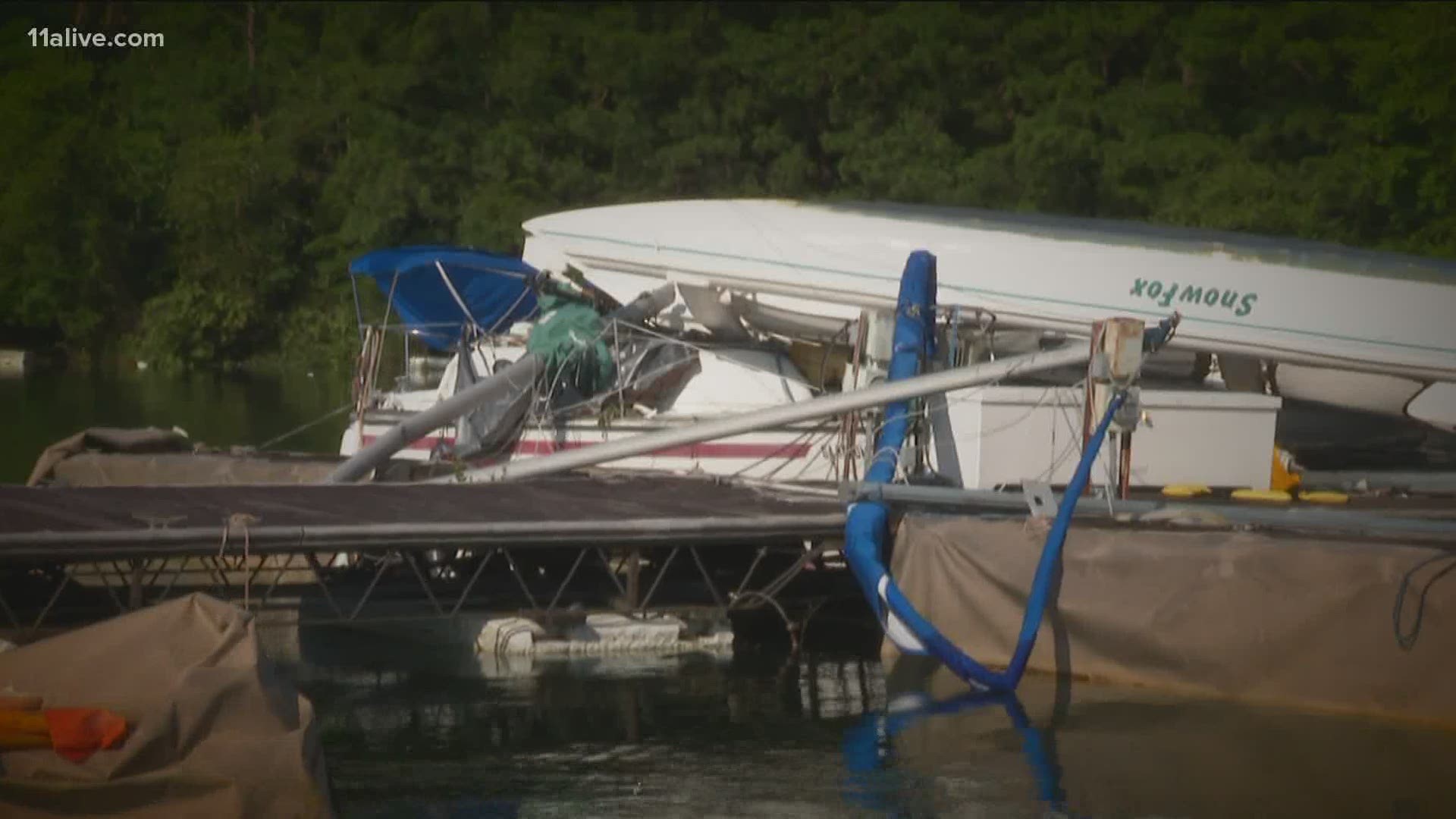 NOTE: A photo and claim circulating online purporting to show a waterspout over Lake Lanier on Monday are false. The photo was originally taken on July 23, 2014, over the Ross Barnett Reservoir in Mississippi.

HALL COUNTY, Ga. -- A round of storms moving through metro Atlanta on Monday brought with them plenty of rain - and in some cases heavy winds as well.

One of the areas that, so far, appears to have been hit hardest is the Lake Lanier shoreline in Forsyth, Gwinnett, and Hall counties.

Photos shared by 11Alive viewers show sunken or damaged docks and fallen trees in the area. Meanwhile, Hall County Emergency Management reported thunderstorm wind damage at Aqualand Park at the marina including some to boat awnings.

Emergency Management Director Casey Ramsey reported that a severe thunderstorm warning was issued around 2:10 p.m. for the southern portion of the county.

The county emergency management agency soon began receiving calls for damage at the marina off of Lights Ferry Road. An assessment by multiple county agencies found docks and vessels in the area had been damaged or destroyed - though no injuries were reported.

Since then, the marina staff has closed off most of the area due to the damage and downed trees. Power has also been disconnected from some docks.

Meanwhile the western border in Forsyth County's Oscarville community, there were public reports of boat docks turned loose and one that may have even been pushed onto another boat dock.

This was in addition to reports of trees down and quarter-sized hail in the 9000 block of Ponderosa Trail and on Highway 369 roughly a mile from the Lake Lanier Bridge.

At this point, the National Weather Service has made no suggestions that the damage and strong winds were the results of a tornado and the area wasn't under a tornado warning when the damage occurred.

Straight-line winds are a more likely explanation at this point - a more common weather phenomenon that can also lead to heavy damage.

Fortunately for residents in and around the Lake Lanier area, the storms have moved further east giving some time to survey the damage and clean up where possible.