The winter outlook is largely based upon the developing La Nina. 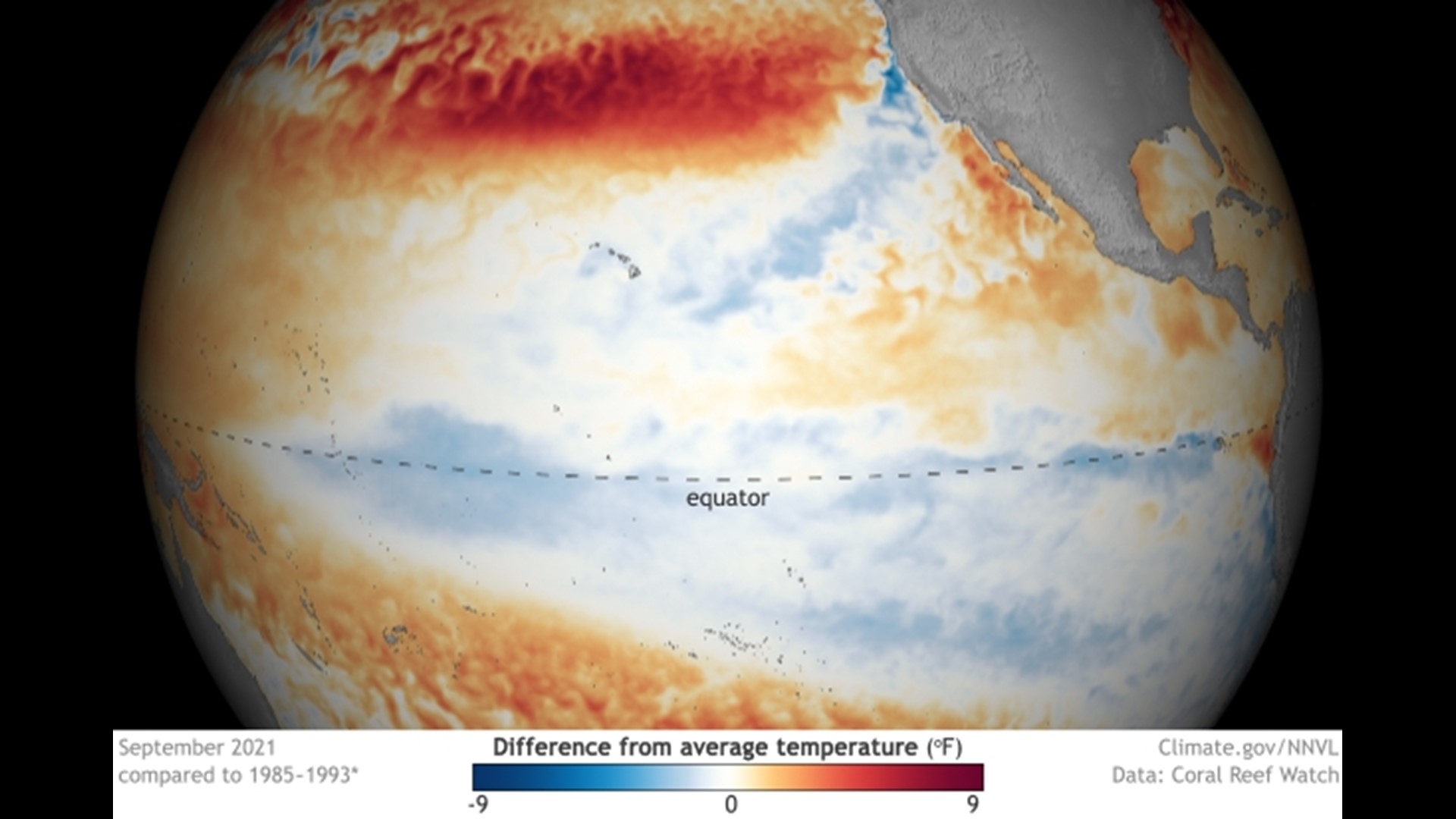 ATLANTA — As the days grow shorter and nights go longer, winter is fast approaching. If you're a cold weather and snow lover, this winter may not be your favorite in North Georgia, according to NOAA's new winter outlook for the 2021-2022 season.

The outlook released Thursday gives an insight as to who may see more above-average or below-average temperatures and what areas may have wetter or drier than normal conditions.

NOAA's outlook shows a higher than normal chance of a warmer, drier winter.

Temperatures have a greater than average chance of being above average. That doesn't mean we won't get arctic air outbreaks and cold snaps. What this does mean is that we likely will end up with our average temp through the winter running above average.

With precipitation there's a slightly below normal chance of a drier than average winter season across the deep. This includes parts of north Georgia.

The process of forecasting for an entire season is much different than a short term local forecast that you see on TV. In the case of winter forecasting for the contiguous U.S., a main driver of weather patterns is the El Niño Southern Oscillation, or ENSO for short.

What is ENSO? The El Niño Southern Oscillation is a longer term fluctuation of Pacific ocean surface temperatures near the equator. It fluctuates on a seasonal to yearly basis and largely drives atmospheric weather patterns. It can influence hurricane season in the Atlantic. And in winter, it influences it influences the jet stream and the track that storms take from the Pacific across the U.S.

There are two opposite phases of ENSO: El Niño and La Niña. El Niño is when warmer waters are found in the noted ocean region. During El Niño winters, the Pacific Jet stream is more active and wetter weather is often seen across the deep south.

La Niña is when cooler than average waters are found in the same region. During La Niña winters the polar jet can be more active with many storm tracks impacting the Pacific Northwest, but drier and warmer wetter across the Southeast.

If the water temperatures are near average, it is neither El Niño or La Niña but rather called ENSO neutral.

Earlier in October, NOAA officially announced that a La Niña had developed and likely will last until the spring. This is shown in the image below with the blue colors near the equator, denoting ocean surface temperatures being below average.

With this La Niña coming on the tails of last winter's La Niña with no El Niño  in between, it's referred to as a 'double dip'.

RELATED: How strong is this La Nina and how long will it last?

What about cold weather and snow chances?

Although NOAA's forecast calls for warmer and drier conditions on average, it does not mean we won't see any big cold snaps or winter storms.

With a weaker polar vortex anticipated this winter, more cold air outbreaks are a possibility across the lower 48, including North Georgia.

It only takes one perfect setup with cold air preceding a wet storm system to give us a winter weather fest in the Peach State. We'll have to wait and see!

Want the latest on Georgia's winter and local forecast? Join our 11 Alive StormTrackers Facebook Group and be a part of the weather conversation! 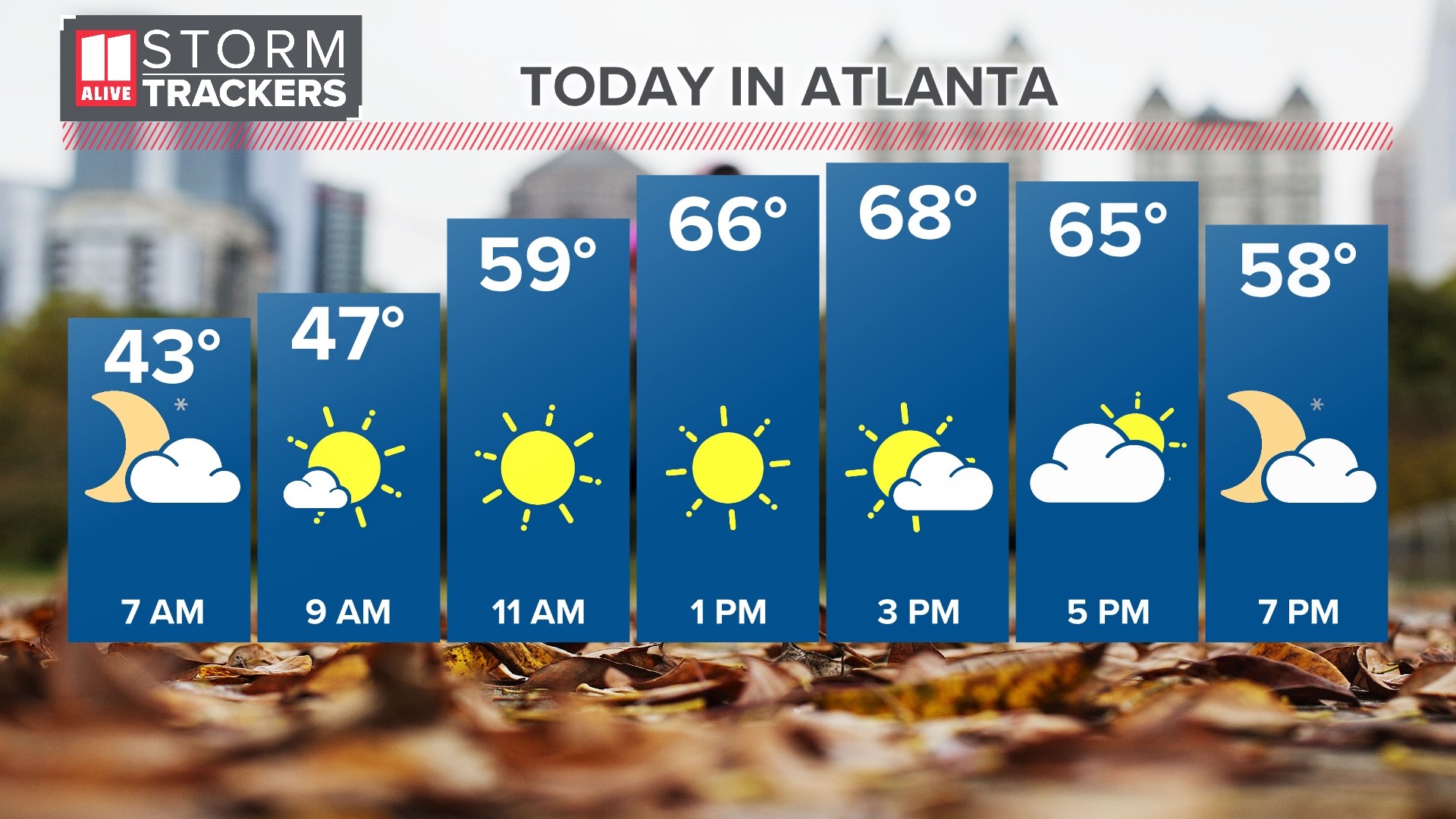 A mild, beautiful start to December