Despite some spotty showers Tuesday, the big system that we're watching will move in late Wednesday through Friday. 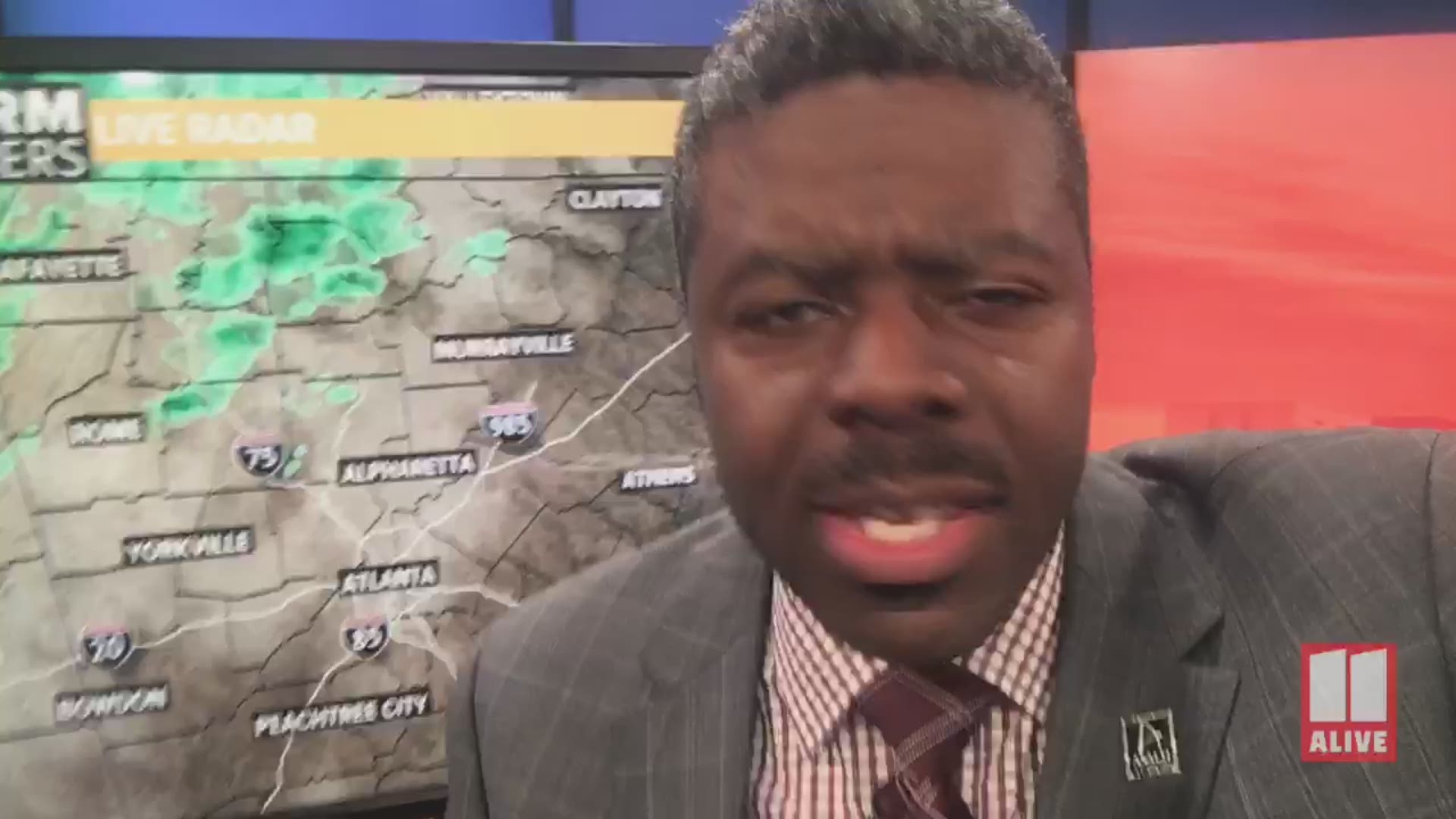 ATLANTA — With temperatures in the mid-to-upper 60s today -- and reaching 76 yesterday -- it sort of feels like spring.

Despite some spotty showers today, the big system that we're watching will move in late Wednesday through Friday.

Forecasters say a slow-moving storm system could dump up to 5 inches of rain in some parts of the South, prompting flood watches.

The National Weather Service says that two dozen counties in north Georgia will be under a flood watch through Friday morning, where some rainfall amounts could eclipse 5 inches.

Continuous heavy rainfall will occur over the watch area throughout Wednesday and Thursday, with 3 to 5 inches possible over the duration of the watch, with some locally higher amounts.

Heavy rains early Tuesday were already soaking large parts of Mississippi and Alabama as the system headed east towards Georgia.

The national Storm Prediction Center says the system could also bring a few tornadoes, damaging wind gusts and hail to parts of Louisiana, Mississippi and Alabama on Wednesday.

The weather will clear out, but it will be much cooler over the weekend.

3,700 quarantined on cruise ship in Japan after passenger tests positive for coronavirus

An officer stomped a man's head into the ground. Now his former partner will testify against him.