Here's when to look out for possible storms. 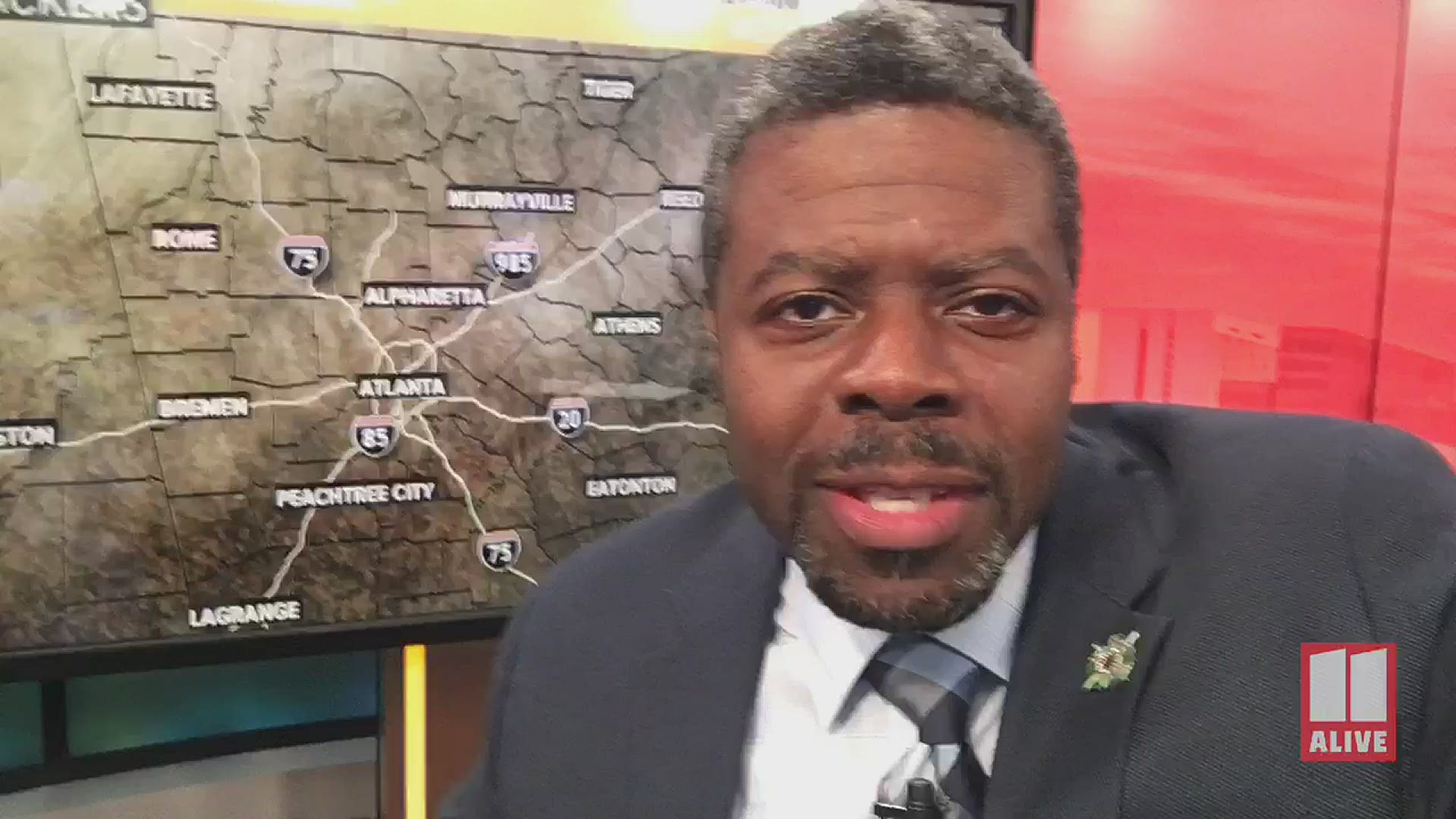 The National Weather Service's Storm Prediction Center has placed a stretch from Heard County up to the northwest tip of the state and as far east as Fannin County as the general area that could expect storms.

Paulding, Bartow and some of Cherokee could see severe weather to the northwest of Atlanta.

According to the National Weather Service, the storms could bring damaging winds and rain.

Here's when things could develop today:

Shouldn't expect much in the way of weather for this part of the day. Should be a little cloudy or even partly sunny in some spots as temperatures rise into the later afternoon.

Around 3 p.m. or 4 p.m. you could start to see showers or heavier storms in the north and west portions of Georgia.

If storms don't materialize or otherwise dissipate, a cold front pushing in could help them redevelop a little bit later in the evening, around 7 p.m. or 8 p.m.

According to 11Alive Meteorologist Chesley McNeil, the rains could persist into early Thursday morning before clearing up in the afternoon. The Thanksgiving afternoon high could reach into the low 70s, which might make for some nice football weather.

Then things would largely stay clear on Friday before the chance for more showers and a possibility of thunderstorms moves back in for the weekend.