Snapped trees fell on homes as winds reached up to 90 mph Monday morning, killing at least one person. 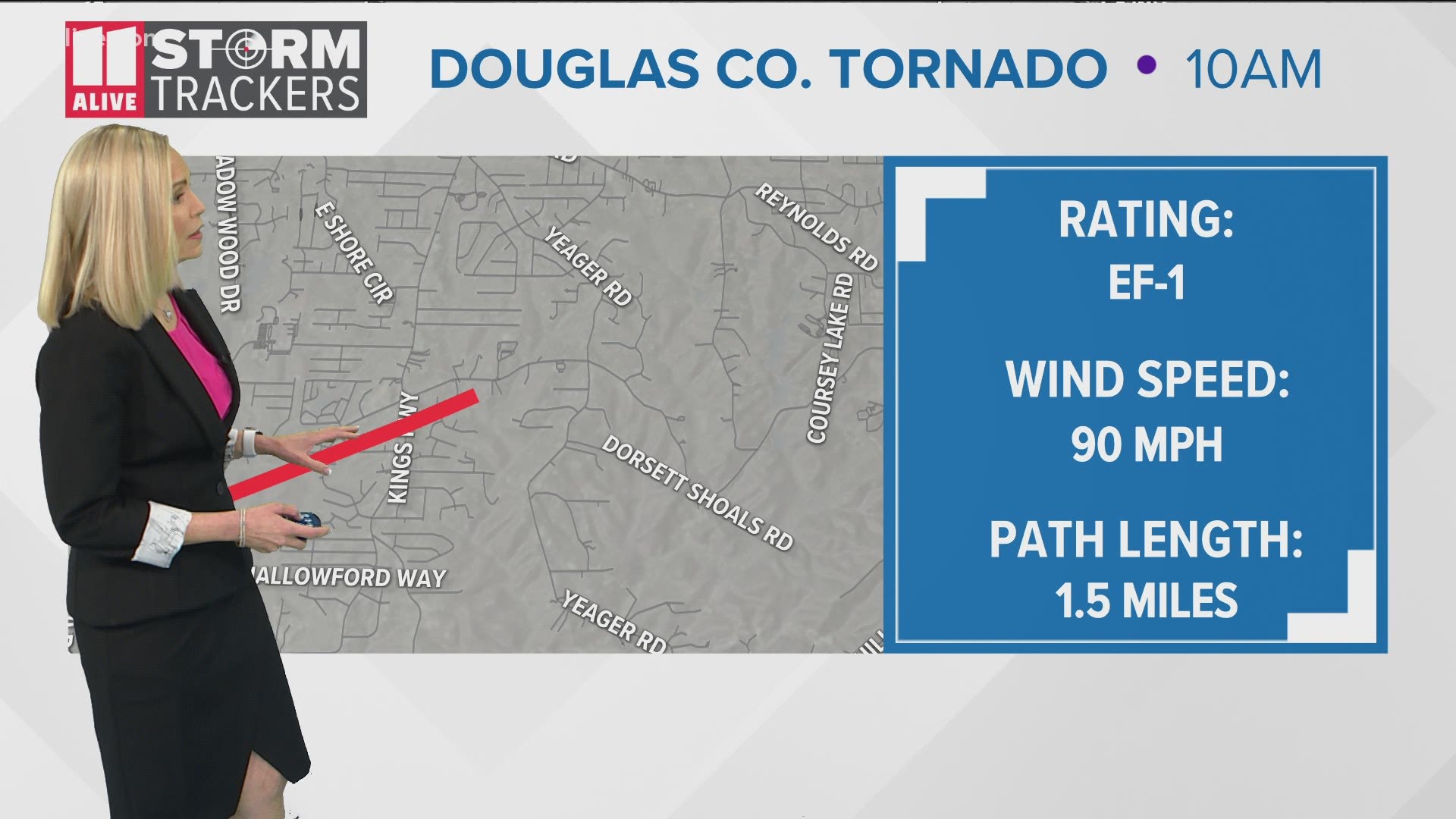 DOUGLAS COUNTY, Ga. — The National Weather Service confirmed an EF1 tornado touched down in Douglas County Monday morning with winds up to 90 mph, killing at least one person.

The NWS said the tornado touched down between 10 a.m. to 10:03 a.m., traveling 1.5 miles from E Bill Arp Road to Chapel Hill Road and spanning roughly 250 yards.

According to the NWS, the tornado touched down along North Summers Circle in Douglas County. The tornado uprooted and snapped several trees along Kings Highway, Plum Crest Road, Orchard Road and Apple Valley Road.

A survey of the area found that at least 10 homes were damaged by downed trees.

The tornado continued on to Apple Way Court and Yeager Road, continuing to snap more trees at Greenwood Drive, before it lifted at Dorset Shoals Road, the NWS said.

In order to be classified as an EF1 tornado, the NWS said winds must reach between 86 to 110 mph.

Meteorologists said there were several other storms that moved across parts of Georgia and across several states in the South. The NWS will survey Fulton County's damage on Tuesday, May 4.