Tornado crossed from Paulding into Cobb County on Saturday: NWS 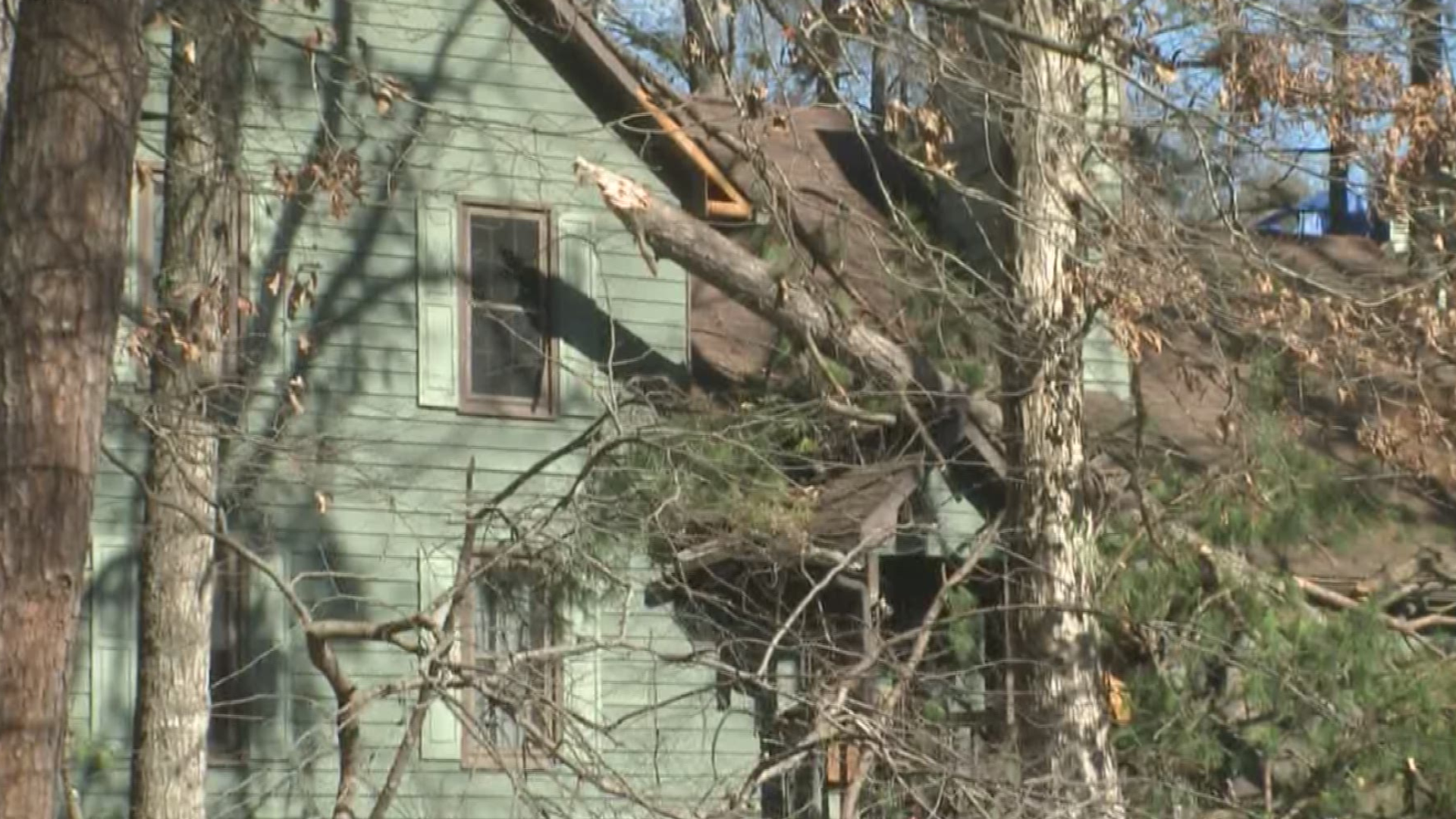 PAULDING COUNTY, Ga. — The National Weather Service has released preliminary data suggesting that damage in parts of Paulding County and even Cobb County were the result of a tornado.

A team in Paulding County surveyed the damage in several locations following Saturday's severe weather and determined that an EF-0 tornado touched down there and traveled four nearly four miles to the east-northeast into western Cobb County.

National Weather Service meteorologist Steven Nelson told 11Alive's Nick Sturdivant that he could confirm with what he called 99 percent certainty that a tornado with EF-0 intensity hit several areas of Paulding County.

The National Weather Services later confirmed that the tornado began near Macland Road west of Hiram-Acworth Highway just north of Hiram. The storm reached maximum winds of about 85 mph and had a width of about 400 yards before it came to an end 4.5 miles to the north of Powder Springs. This all took place over a time period of roughly four minutes.

After weather service survey crews examine damage patterns left by storms, they are able to better determine whether or not the damage was caused by straight-line winds or by a tornado.

The team found damage in multiple locations consistent with an EF-0 including:

Other areas also suffered what crews believed to be straight-line wind damage including a portion of Scoggins Road south of Dallas in Paulding County. Trees were reported down on Scoggins Road and also on Cole Lake Road.

More straight-line wind damage was reported five miles southwest of Kennesaw on Vineyard Road in Cobb County. A large sweetgum tree there fell onto the bedroom of a two-story home causing significant damage. A resident was in the bedroom at the time but wasn't injured.

Credit: WXIA
A National Weather Service survey crew is going to Paulding County to see if straight-line winds or a tornado caused some of Saturday's damage

Estimated wind speeds provided by the National Weather Service suggest the storm narrowly avoided being upgraded to an EF1 which includes wind speeds between 86 and 110 mph. EF1 and EF0 are the weakest classifications in the classification system but are still capable of significant damage.

Storms sweep across South, Midwest as death toll rises to 11

1 / 19
James Parker, Armuchee, Ga.
James Parker from our 11Alive StormTrackers' Group said two trees fell across his driveway in Armuchee, Ga. Both snapped off about 12 feet above the ground.