Here's what you need to know about the coming winter. 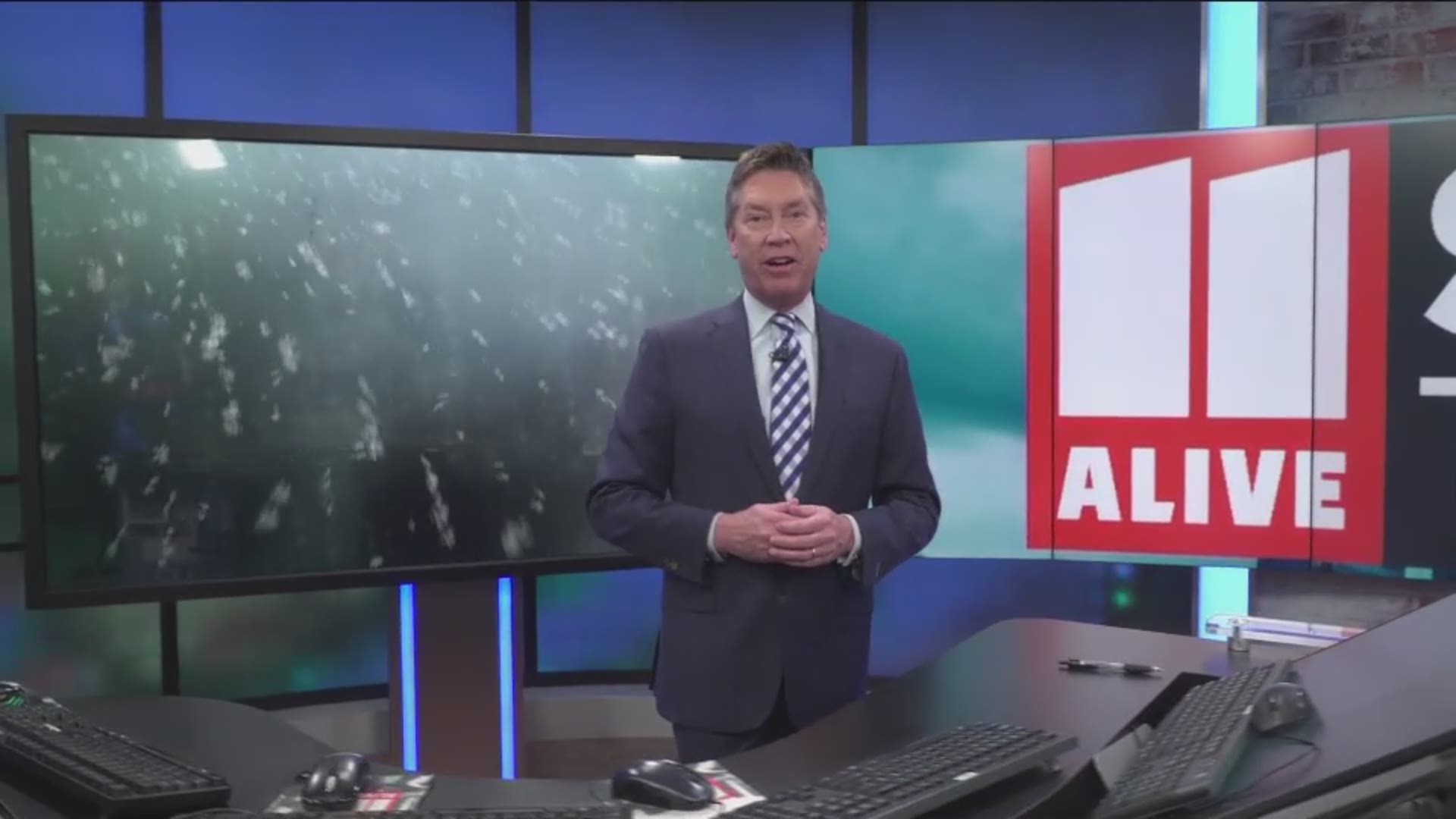 ATLANTA — The 11Alive StormTrackers have been pouring over weather data the past few weeks to make sure you are prepared for the upcoming winter.

Let's just get a brief overview of the last few winters, defined in this outlook as December through February:

What you want to know: The forecast

This forecast for Atlanta focuses on meteorological winter - December through February - as opposed to astronomical winter which runs from Dec. 22 to March 20 this season.

After seeing above-average temperatures predicted, this one may seem a little counterintuitive. Although we may end up warmer with cold shots of air possible - like the polar vortex - one strong cold front could drop our normal or average of 2.1 inches in one pass. Historical data, which is outlined below, suggests this is a good bet.

The last five years have been wetter than average or normal and that looks as if it will continue this season. It doesn't look like we will be catching up with 2018, which was the second wettest year on record in Atlanta, but our additional rainfall looks like it will be enough to get rid of most of the drought.

Similar to our snow forecast, we are expecting some icy events that would impact travel, especially in northeast Georgia. Cold, shallow arctic air masses would allow for freezing rain to develop or a cold air wedge in the mountains. These icy events would be favored in northeast Georgia but could make it all the way over to the I-75 corridor.

Dozens of variables are used to make a long-range forecast. One, in particular, that's easy to understand is El Nino Southern Oscillation (ENSO). This method looks at which phase we will be in during winter: El Nino, La Nina, or Neutral.

This year we are forecast to remain neutral.

This pattern usually gives us warmer than average or normal temperatures and wetter conditions.

This pattern can also be supportive of large snowfall or ice events. With the southern jet stream bringing in moisture, that northerly jet stream could bring down a strong arctic front changing all that moisture to frozen precipitation.

Looking at the last 30 years of data and separating the neutral year winters, we can digest these numbers down to probabilities - or the chance something can happen based on how often it occurred.

This one is pretty cut-and-dry: 70 percent of the time over the last 30 years, temperatures ended up warmer than average when calculating all 3 months of high and low temperatures. That's not to say we could not have colder-than-normal temperatures, but it looks unlikely.

It starts to get a little tricky here. Based on the last 30 years, it has snowed a majority of the time no matter weather pattern. Our neutral pattern gives us a 70 percent chance of seeing any measurable amount.

Let's narrow it down to just years when we got our average or normal in Atlanta of 2.1 inches:

The percentages go down considerably for La Nina and El Nino but remain pretty high in our forecast neutral phase.

This data, along with a good chance of brutal cold shots, leads us to believe we could achieve our average snowfall.

The best chance of any snow looks to be in January and February.

Another tool for long-range forecasts is looking for similarities in winters that had the same neutral pattern.

Both winters have transitioned from an El Nino to neutral amongst other similar weather characteristics.

We can take the things that occurred during that winter and reasonably infer that there is a good chance those things may happen again.

The "Storm of the Century" was in March 1993. Feet of snow fell in north Georiga - and Atlanta recorded 4 inches. That scenario is possible again this winter or spring.

The National Weather Service (NWS) will issue winter weather products if they believe hazardous or impactful weather may occur.

As it does for severe spring weather, the NWS will issue a watch first. In winter they are issued 12 to 48 hours before the onset of precipitation. As we get closer to the event, a winter weather advisory or warning will be issued.

It's important to note that going from a watch to an advisory is actually an upgrade in confidence that impactful or "inconvenient" winter weather will occur.

A warning will be issued when forecasters are confident that two or more inches of snow, half-an-inch or more of sleet, or a quarter-inch or more of freezing rain will occur.

RELATED: A year ago, she woke up, started making cinnamon rolls ahead of a storm and never returned