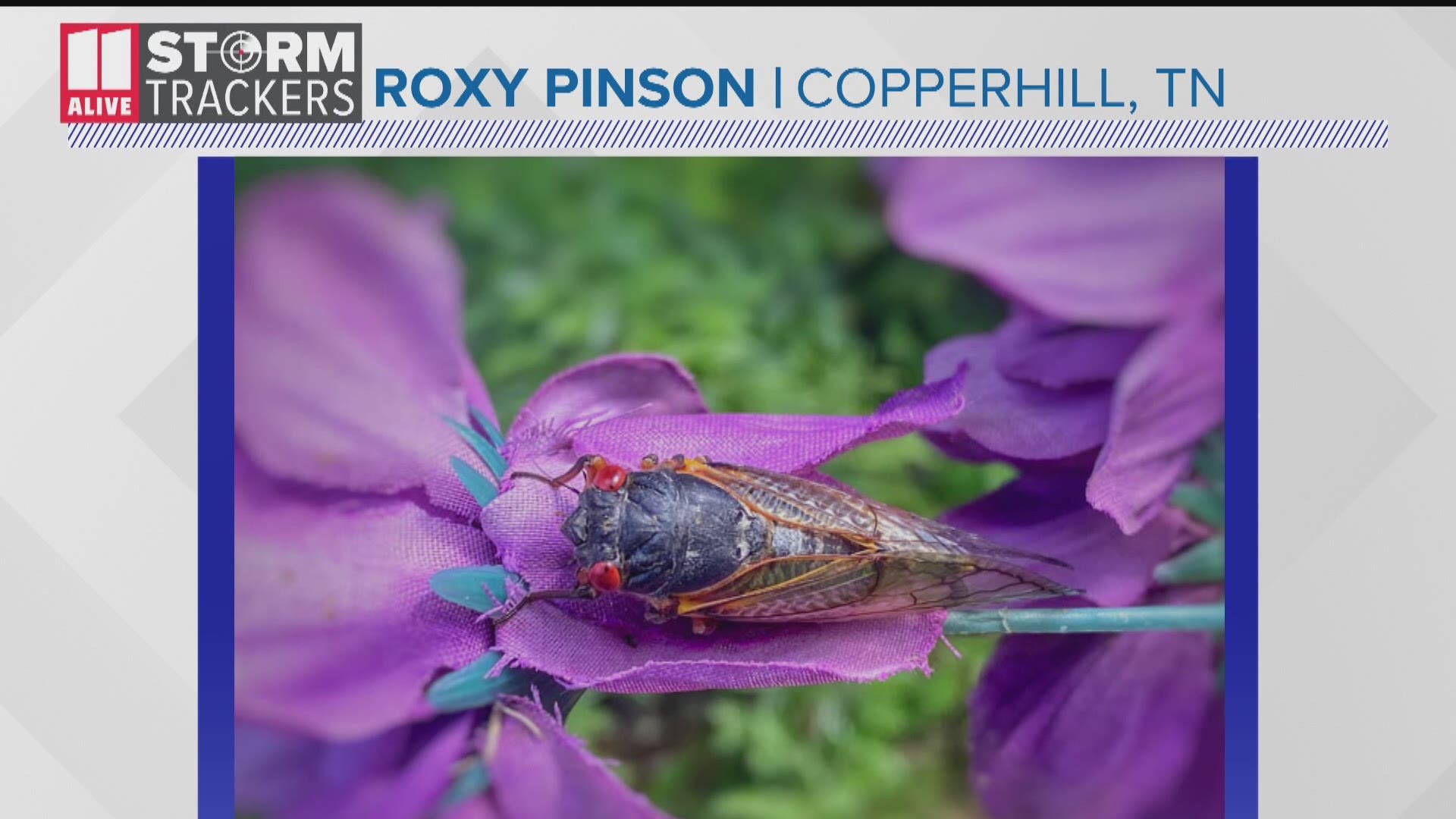 In Georgia, you won’t find these Brood X cicadas in Atlanta and the surrounding metro area. You’ll have to travel to one of five Northeast Georgia counties: Fannin, Gilmer, Union, Lumpkin, and Towns.

And even in those counties, don’t expect to see cicadas by the trillions or billions, as some catchy news headlines suggest. According to Dr. Nancy Hinkle, Professor of Entomology from the University of Georgia, those numbers just don't exist in our state of Georgia. Rather, there are clusters of hundreds to thousands of cicadas, then you may not see that many for miles. They will have much higher cicada numbers in part of the Mid-Atlantic and Ohio Valley.

If you have FOMO (Fear of Missing Out) Atlanta, don't worry. You'll still get to see and hear our annual cicadas in the metro are this summer starting in June. Annual cicadas have green bodies and sing later in the late evenings.

These cicadas started their lives as eggs on tree leaves. Newly hatched cicadas fall from the trees and go back down into the soil where they’ll spend the next 17 years of their lives, sucking on the sap from tree roots for energy. Seventeen years later, the nymphs come up from the ground, climb up a tree or power pole and molt, leaving that charming skin lying around. Then they’ll spend the next couple of weeks above ground searching for a mate, mating and laying eggs on tree branches. Then they die and the process repeats itself.

RELATED: VERIFY: Blue-eyed cicadas are rare, but not worth $1,000

If you’ve spotted Cicadas near you – be a citizen scientist and help entomologists track where Brood X has emerged! You can share your photos and videos, as well as track where other clusters of cicadas are on the Cicada Safari App.