NOAA Predicts 'Above Normal' hurricane season in the Atlantic

Although it won't be a record active season like in 2020, it only takes one storm to cause significant impacts. 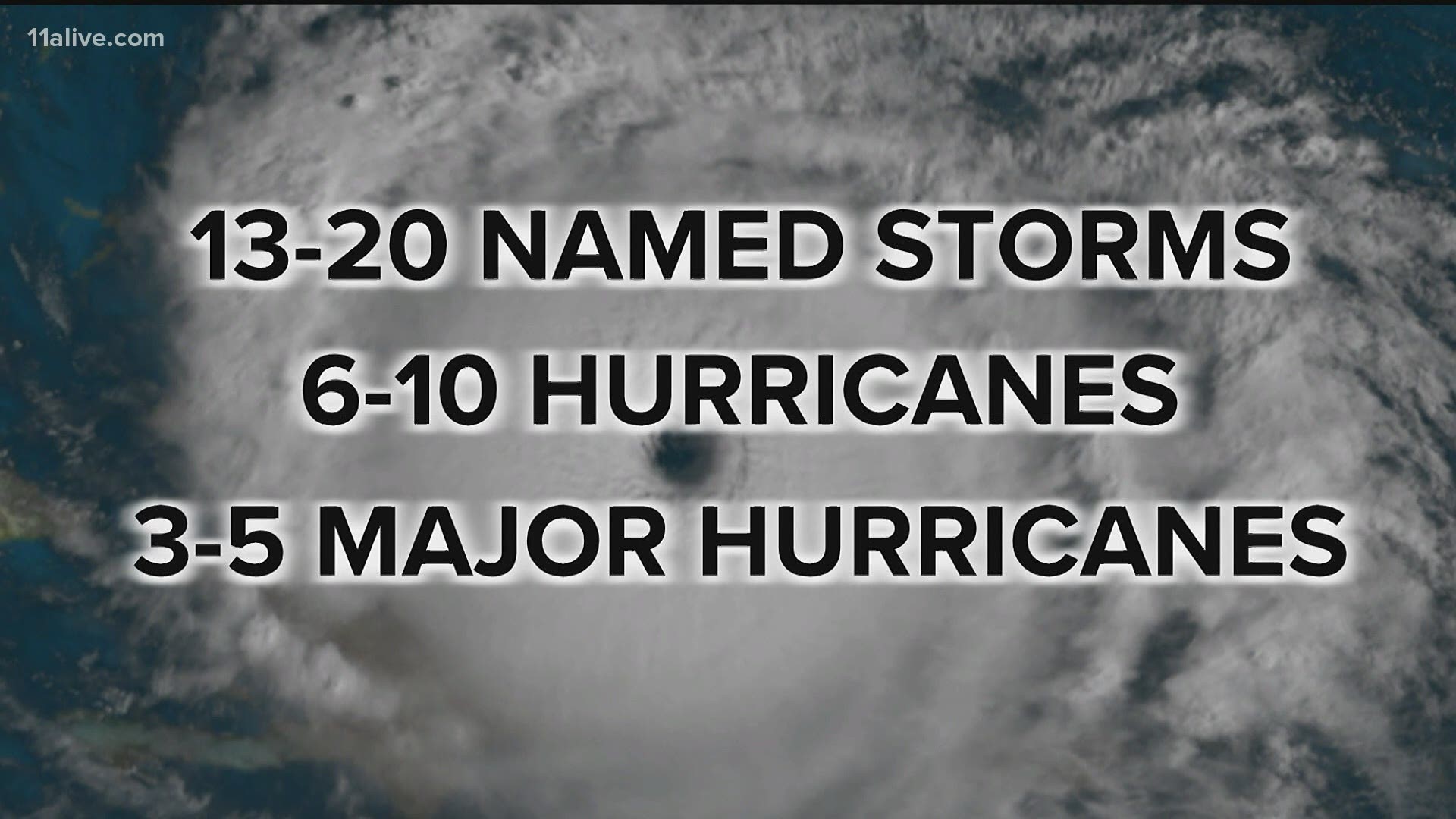 ATLANTA — The National Oceanic and Atmospheric Administration released its Hurricane Outlook for the 2021 season, calling for a 60% chance of an above normal season in the Atlantic Basin.

Although the forecast is for a more active than normal season, NOAA does not anticipate it to be a record year like in 2020, when there were 30 named storms.

A large determining factor for season hurricane outlooks is the El Nino Southern Oscillation (ENSO), a climate pattern that leads to variation in winds and ocean temperatures in the tropical Pacific. This changes then influence the weather in the tropical Atlantic, as well as in the subtropics, including the United States.

During a La Nina, like during the peak of Hurricane Season 2020, vertical wind shear is suppressed over the tropical Atlantic, which allows for more tropical development and intensification. In a El Nino hurricane season, wind shear increases which usually means less development and a less active season.

With ENSO Neutral conditions in 2021, the vertical wind shear is not expected to increase and inhibit tropical development. This is one main factor in NOAA's forecast for the upcoming season of a slightly more active than average season.

When does hurricane season ramp up?

Hurricane season officially begins June 1st, but that doesn't mean we can't have named storms before or after the season. There have been named storms before June 1st the last six years in a row, and the National Hurricane Center is monitoring an area in the Atlantic for potential development in the coming days.

The frequency or number of named systems and hurricanes increases significantly leading up to the peak of Hurricane season on September 10. The graph above shows this trend with the most activity from mid August through the start of October.

It Only Takes One

Even though the 2021 season may not be the Blockbuster season like last year on the large scale, its important to remember it only takes one.

Atlanta is hundreds of miles away from the coast, but that does not mean the area cannot be impacted by tropical storms and hurricanes. Just last year, Zeta left over 1 million without power in North Georgia, downing trees and power lines all over.