The Perseid Meteor Shower peaks this week | How to watch 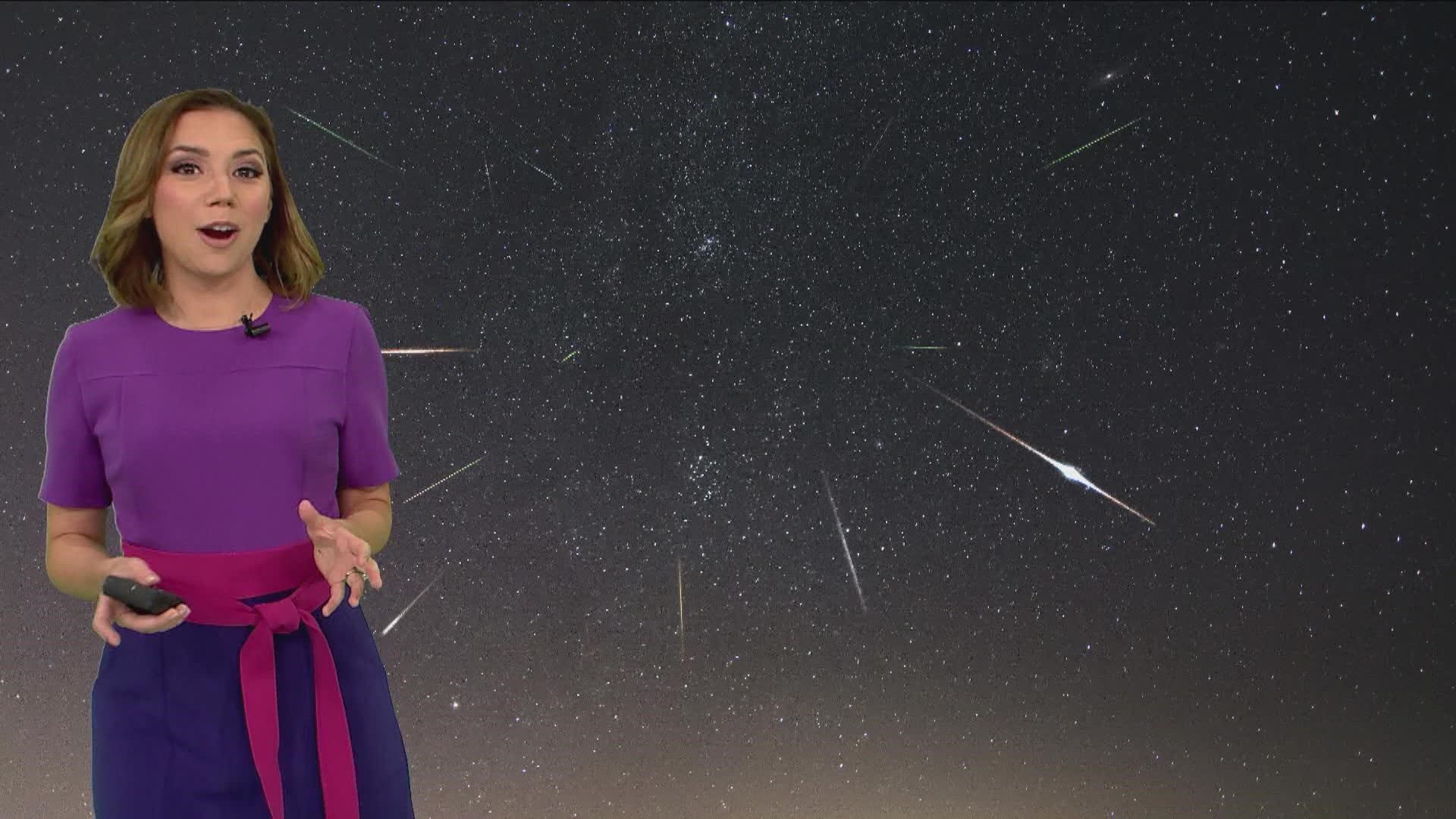 ATLANTA — Arguably the most watched meteor shower of the year, the Perseid Meteor shower will reach its maximum this week.

The meteor shower is ongoing throughout the month of August, but peak activity is predicted for the night of August 11 through August 12. Nights around that peak may also be good as well.

Rates of up to 60 meteors per hour are possible, with up to 100 meteors per hour in the best years, according to EarthSky.org. But to see that, you'd have to have a dark, clear sky and get a little lucky to catch an outburst of that number. The Perseids are notorious for coming in bursts, followed by lulls.

The bright meteors are debris from the comet Swift-Tuttle, which earth's orbit passes next week. The 'shooting stars' or meteors you may see lighting up in the sky are those small fragments of space rock or debris that is burning up in our atmosphere.

They'll be radiating from the constellation Perseus the Hero. But they'll radiate (streak across the sky) in all directions.

The phase of the moon will be working in our favor next week around the peak. We have a new moon on August 8. Around the peak we'll have a waxing crescent. On the night of August 11, the moon will be setting at 10:23 p.m. in the west sky. Waiting until after the moon sets will allow for less light pollution and prime viewing conditions late in the night through the pre-dawn hours on the morning of the 12.

As with all meteor showers, the key to catching the meteor shower will be to get away from light pollution, city lights and any tall buildings or trees that will block your view of the night sky.

Look up at the night sky and let your eyes adjust for a while. Give yourself plenty of time to observe.

RELATED: No, NASA did not say the main cause of tidal flooding in 2030s will be the moon’s ‘wobble’