The plume could impact sky conditions as early as Wednesday evening 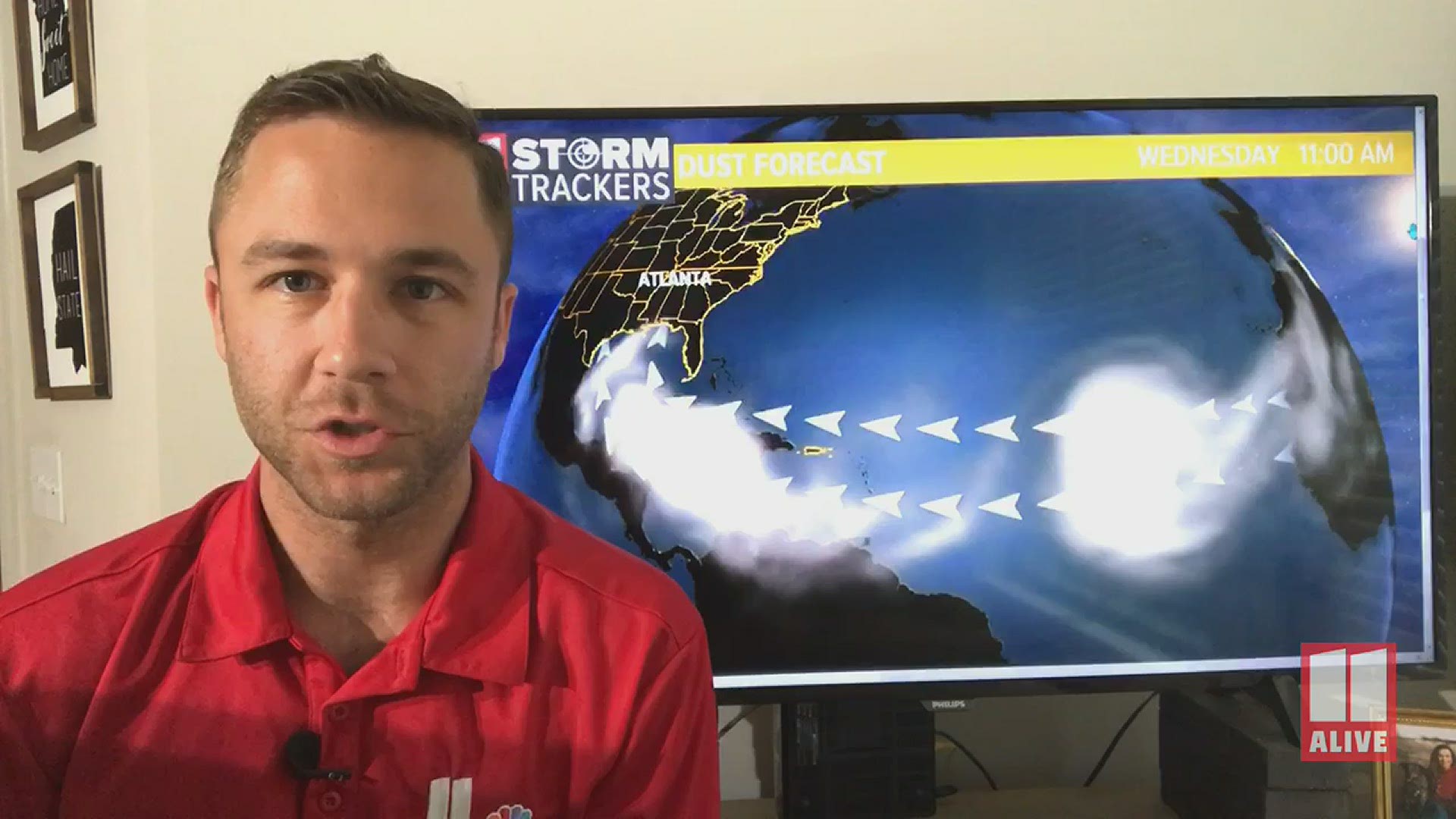 ATLANTA — An unusually large plume of dust from the Sahara Desert, known as the Sahara Air Layer, could impact our sky as early as Wednesday evening in Georgia.

The plume of dust kicked up from Haboobs (dust storms) in west Africa was carried across the Atlantic Ocean from the easterly trade-winds.

Visible impacts in southwestern Georgia could begin as early as this evening and into metro Atlanta by sunrise Thursday, according to a model operated by NASA.

Another model brings the plume into Georgia by Saturday morning.

Georgia State Climatologist Bill Murphey says the Department of Natural Resources will be monitoring air quality levels as the dust comes in. He thinks there will be some impact on the air particulate levels in metro Atlanta this weekend and early next week.

As the situation evolves, they could issue air quality alerts.

The scenario itself isn’t unusual and happens every year. The difference in this plume is the amount or thickness of the dust which lead to drastic temporary environmental changes in the Caribbean.

The haze was so severe pictures from the US Virgin Islands made it seem like you could look directly at the sun with the naked eye.

Don’t expect the sky to turn into a deep milky haze like the Caribbean when the dust comes into Georgia. The usual impacts we see are colorful sunrises and sunsets.

Both dust models indicate the haze hangs around the southeastern US into early next week.

Be sure to share your pictures on the 11Alive StormTrackers Facebook group or in the 11Alive App inside the weather section.

For the latest weather alerts, download the FREE app now in the iTunes store or on Google Play.

Another Round of Scattered Thunderstorms