The Pollen in Atlanta reached 4th highest for February this week

With warm, spring-like temps in the forecast this weekend and next week, high pollen levels will be a trend 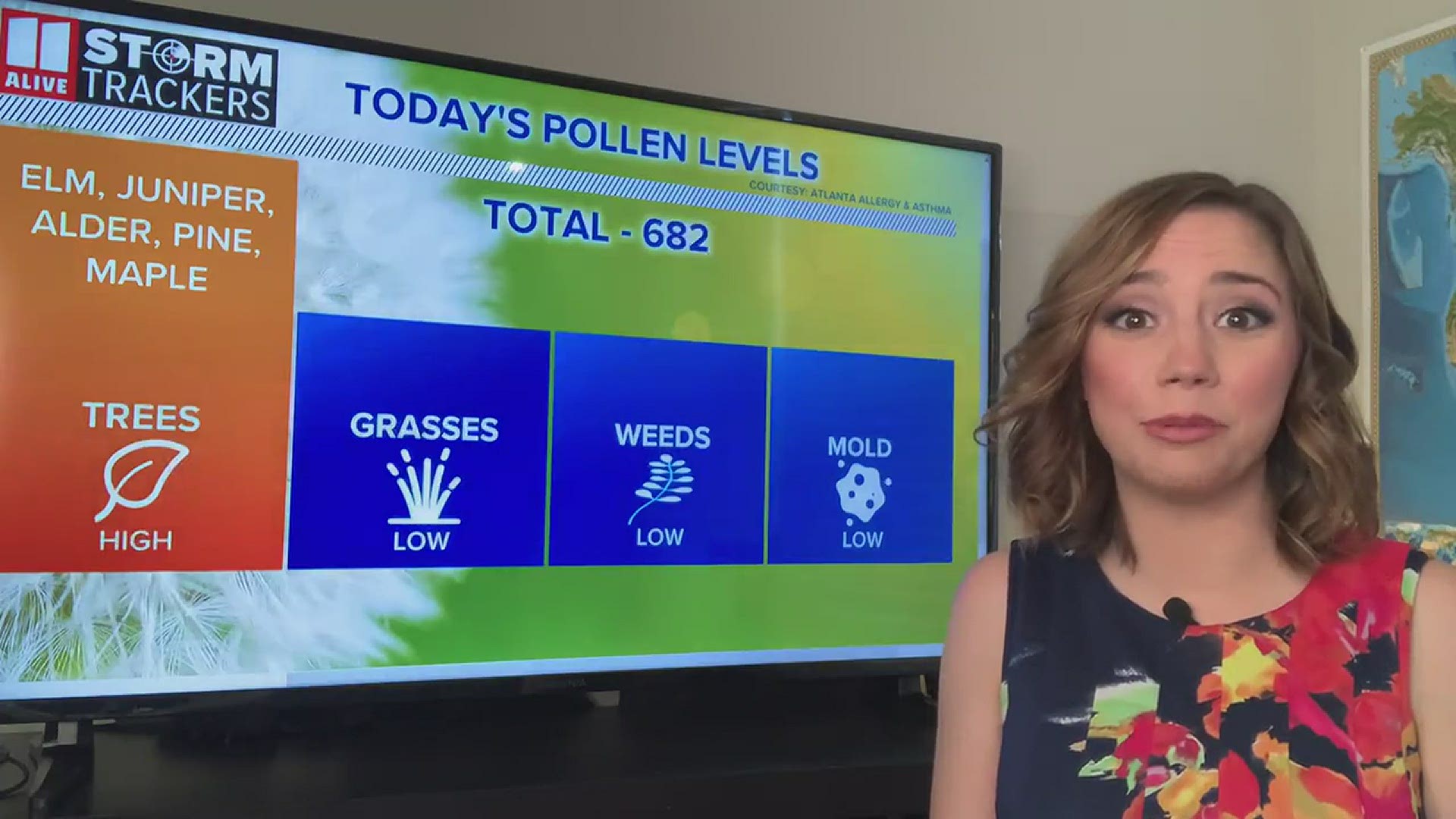 ATLANTA — It only took a couple of warm, sunny afternoons to kickstart Georgia's tree pollen season. Friday's pollen count from Atlanta Allergy & Asthma jumped to 820, the 4th highest reading in the month of February since their record keeping began.

Pollen levels have been creeping up consecutively, day by day, all week. Monday's count was just 80. Tuesday's pollen count hit the 'high' range at 154. Wednesday's number was 170. Thursday's count took a huge jump to 682, the highest since last April. And finally the count for Friday morning was 820, which is a culmination of the pollen observed from the previous 24 hours, counted Friday morning.

The start to tree pollen season varies from year to year based on environmental factors.

According to Dr. Kevin Schaffer from Atlanta Allergy and Asthma, the stretch of warm, dry weather this week helped to kickstart this year's tree pollen season. Dr. Schaffer says that although last year's pollen season got off to a late start, in 2019 we had a very high reading at over 1300 in February.

Tree pollen season typically peaks in late March through early April. Near the peak, that thick, yellow film of pollen will blanket everything. Pollen will cover your house, trash cans, mailbox, driveway ... and don't even bother trying to wash the car, it'll be covered in pollen again less than 24 hours later.

Just how high will the numbers go? Well into the thousands. Dr. Schaffer says the average peak pollen count is in the mid 6000s.

Last year, Atlanta had its second-highest pollen count on record at 8918. The highest ever pollen count was over 9300 in 2012.

What makes a worse-than-normal pollen season? Dr. Schaffer says the recipe for a worse pollen season is a temperate, mild, and wet winter followed by a stretch of warm, dry afternoons that can increase the chance for higher counts around the peak.

For allergy sufferers, there is some good news this year during the pandemic.

Wearing masks will help with your allergies, cutting down on the pollen that will enter your respiratory system, if worn properly.

Dr. Schaffer says that they do have some data from last year's pollen season at the start of the pandemic. Wearing masks and staying indoors did lead to less severe symptoms with many of their patients.

RELATED: Allergies or COVID-19? Immunologist breaks down the different symptoms

If you're one of the many who suffer each year from allergies, Dr. Schaffer recommends getting help before it gets unbearable.

Reach out and see your doctor if you aren't able to control your symptoms with over-the-counter medications. Your doctor can refer you to an allergist that can make a diagnosis.

Allergy shots can potentially cure your allergies altogether if medications are not helping enough.