The tornadoes were confirmed in Banks, Greene, Madison, Meriwether, Twiggs and Sumter counties 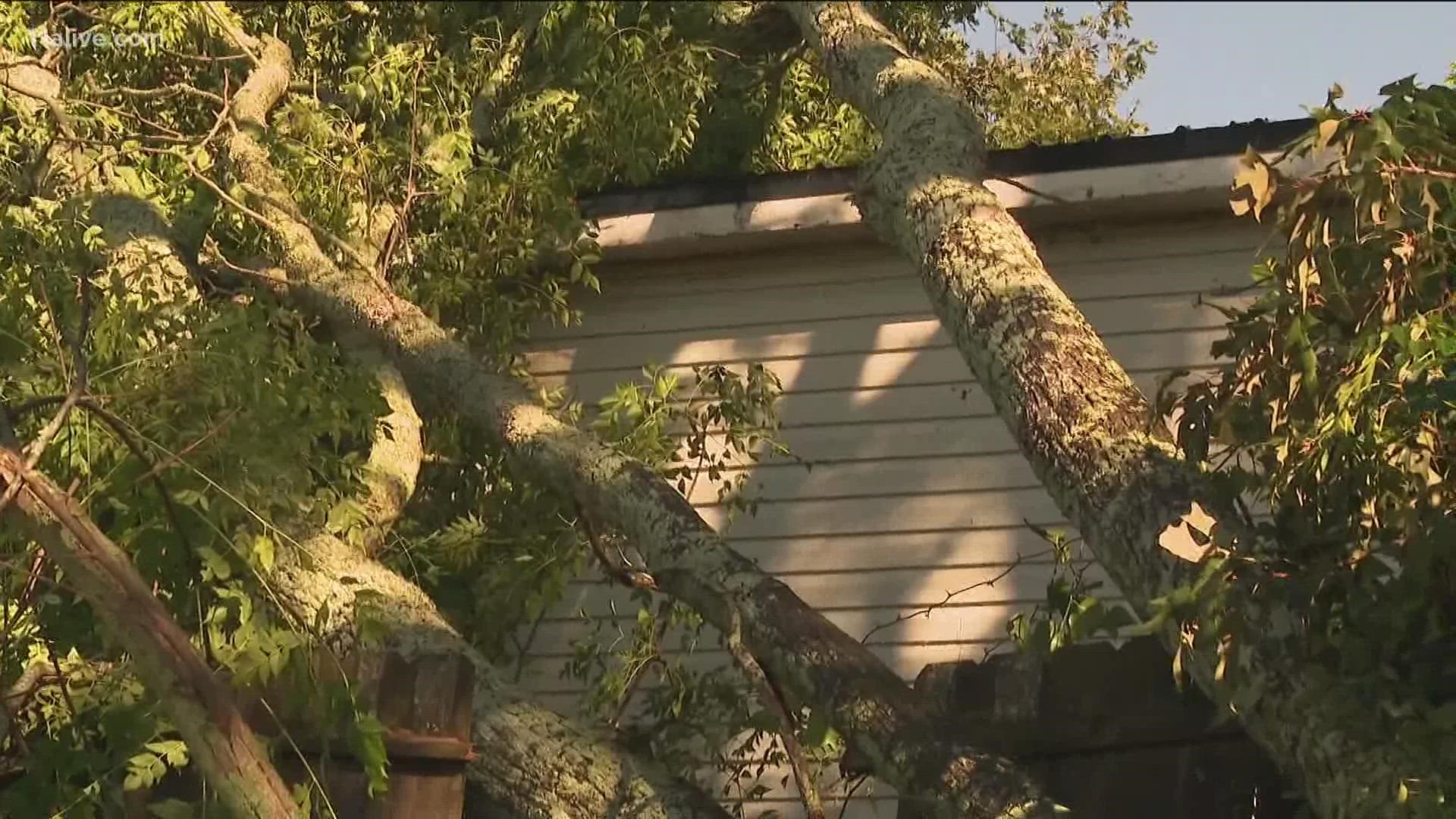 They had boots on the ground in Banks County Wednesday morning, where they confirmed that a tornado touched down on Tuesday. The NWS also confirmed late Wednesday that EF-1 tornadoes touched down in Greene and Madison counties.

According to Keith Stellman with the NWS, a tornado blew through Banks County in the midst of heavy wind and rain from the remnants of Fred.

Stellman confirmed the tornado with 11Alive while surveying damages on Bennett Road. He said it was likely a weak tornado. The strong winds brought down trees and caused damage in its path. One family had a close call after a tree came toppling down on their home.

"My relatives have lived on this place since the mid-1800's," Kenneth Bennet said.

The road is named after his family. In all his years, he said he has never seen storm damage like this.

"I was in my house and I saw the wind and the rain and it was very brief. It didn't last very long at all," Bennett said.

The tree was ripped from the ground.

"We're certain that it was a tornado that came through here in Banks County yesterday," Stellman said. "We were able to see some debris lofted on radar. Some of the new technology allows us to see debris that can only be lofted from an actual tornado on the ground."

Debris and uprooted trees marked the spot where the remnants of powerful Fred ripped through Bennet Road.

County EMA Officials say at one point at least 20 different streets were blocked by trees and three homes and a horse barn were damaged. No one was injured in the storm.

Meanwhile, the tornado in Greene County had a path length of 5.5 miles and a wind speed of up to about 90 mph.

As for the Madison County twister, wind speeds went up to about 100 mph and had a path length of 5.9 miles.

The other tornadoes were in Twiggs and Sumter counties.