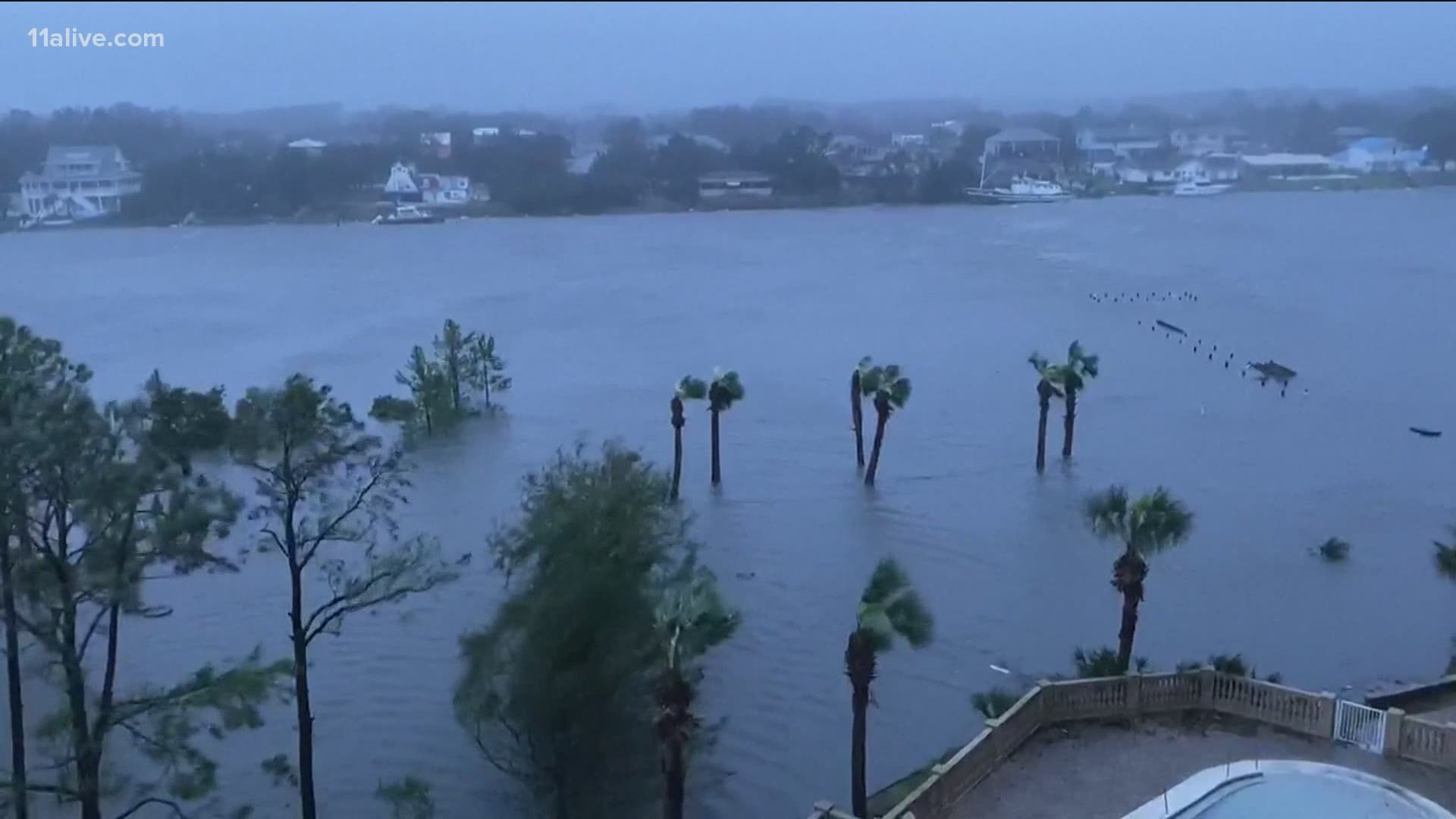 ATLANTA — Atlanta fire crews say one person is dead after a large oak tree fell onto a home Wednesday evening.

According to Sgt. Cortez Stafford with Atlanta Fire and Rescue, 911 calls came in
after 4 p.m. to report the tree had fallen on the home - and that people may be trapped inside.

When crews got to the scene, they said that the tree had actually fallen across two homes, and several cars.

Stafford said one person was able to escape off the porch of the home and was OK. Fire crews had to go through the backside of a second home to get to the rear of the home with the tree on it in order to free the second person. However, there was still reports of a third person still inside the home.

Stafford said that in order to enter the home to find that last person, they had to shore up the fallen tree, which he said took out 90 percent of the roof, to make sure it was safe to enter.

After about 45 min to an hour, firefighters were able to crawl in through a back window with their camera and other equipment. That's when they found the third person in a front bedroom.

"Unfortunately, this person that we found was deceased when we got to him," Stafford said, before adding that no other people were found in the home.

The victim's mother identified her son Gerald as the one who was killed.

Video from the scene showed the large tree - uprooted - spanning across multiple cars and the point where it came to rest on the home. There was significant damage to the home's front porch.

11Alive's Hope Ford reported that the victim's mother said she had just recently gone to the city of Atlanta to ask why the trees near the home hadn't been cut down. Another neighbor also said that another tree had fallen a few weeks back a few houses down. She said she's now concerned that more trees will fall in the coming days.

Officials did not say what may have caused the tree to fall, but it comes on a day when the outer bands of Hurricane Sally, which made landfall as a category 2 storm near Mobile, Alabama early Wednesday morning, began to push into the metro area.

Heavy rains, winds and possible flooding are expected throughout the rest of Wednesday night and into Thursday and parts of Friday, before clearing out for the weekend.

11Alive is working to get more information on the situation and will update this story as details develop. Refresh this page often for the latest.