Stunning video shows moment tree falls on car on I-285

The tree heavily damaged one vehicle, but no one was seriously injured, police said. 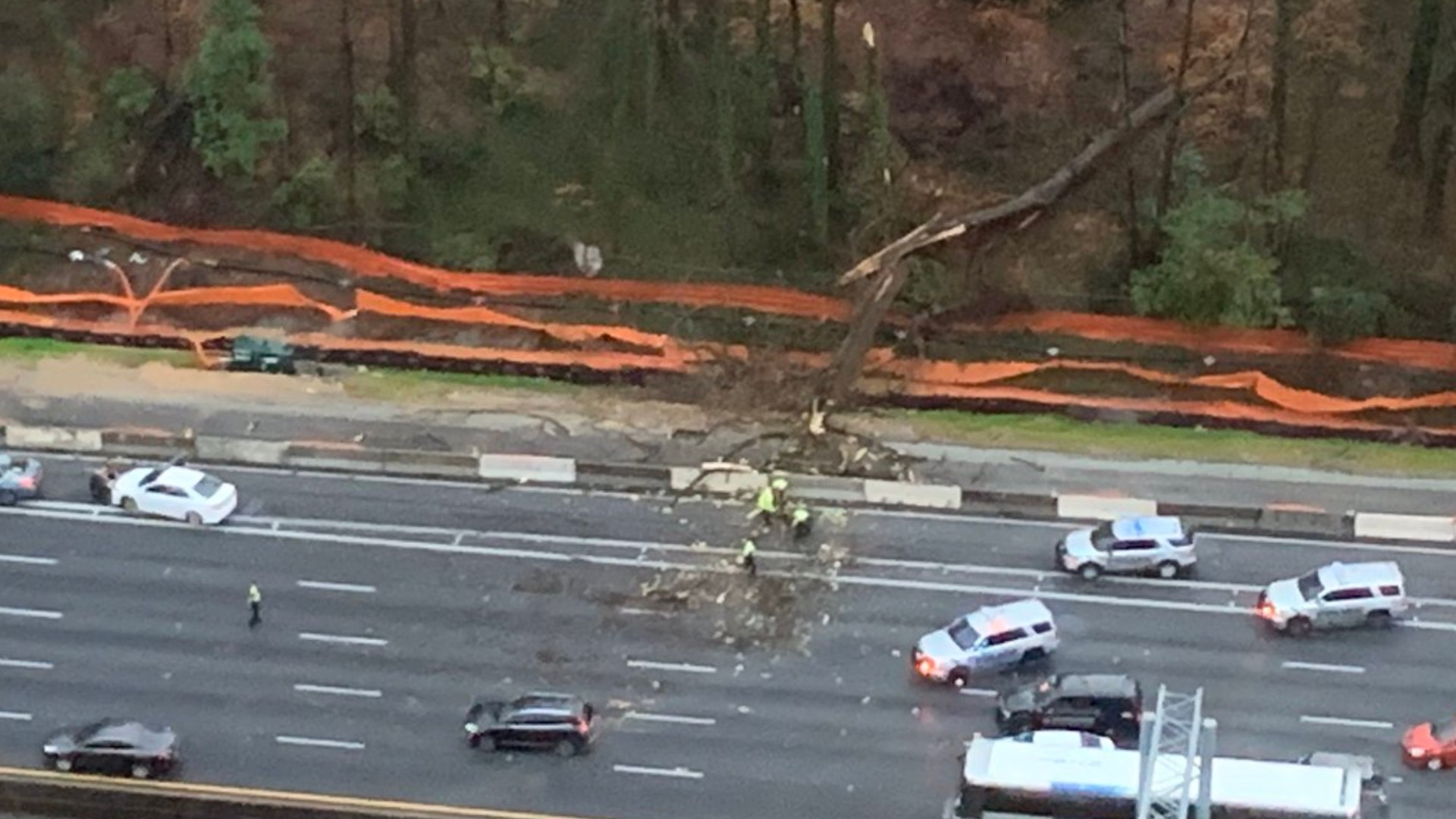 DUNWOODY, Ga. — As if the morning commute could not have gotten any worse as heavy storms rolled through the metro-Atlanta area on Thursday, several drivers had to get quickly get out of the way when a tree fell on the eastbound lanes of Interstate 285 at Ashford-Dunwoody Road, but one was not so lucky.

Dunwoody Police shared the stunning video the moment the tree fell. Photos of the aftermath show one car heavily damaged.

"This video highlights the danger from falling trees during storms," the department said on social media. "Please be careful! We are very thankful there were no serious injuries!"

Four lanes of traffic were blocked as crews worked to clear the scene. It appeared that all but two lanes were blocked by the tree.

There are several other reports of trees down and damage throughout the metro Atlanta area. Strong storms are moving through, prompting thunderstorm and tornado watches.

Rainfall is expected to increase throughout the morning, bringing with it a greater chance of flash flooding. A flash flood watch is still in effect until Friday morning too. Some flash flooding has already started in the north Georgia mountains.

With the soggy conditions and continued storms, additional trees are capable of falling.

Credit: City of Dunwoody
A tree fell on the highway Thursday morning.