Despite the tree falling into a bedroom, the one victim suffered only minor injuries. 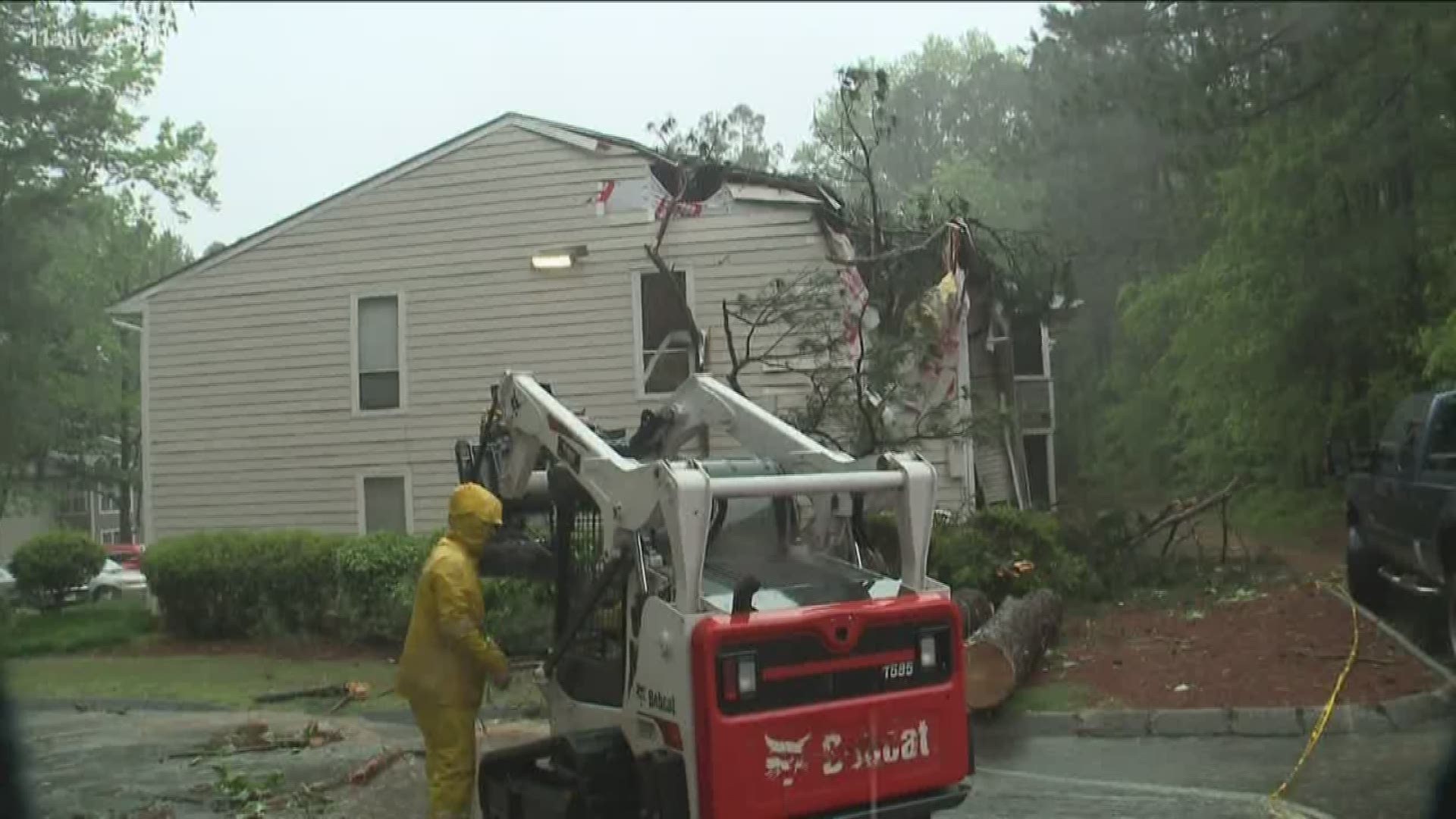 PEACHTREE CORNERS, Ga. — One person is recovering from surprisingly minor injuries after a falling pine tree smashed into a Gwinnett County apartment building and went partway into a bedroom.

The incident happened at The Column Apartments in Peachtree Corners and 11Alive crews there on Friday afternoon were bombarded by the sounds of heavy trucks and chainsaws trying to clear the way and clean up the damage.

Firefighters said they got the call a little after 5 a.m. when some of the biggest storms were sweeping across metro Atlanta. The large tree snapped in half and landed on the building and blocked a road at the same time. It also left debris everywhere.

Aside from the one person reporting minor injuries, no one else was hurt. But it left a pretty major mess for contractors to clean up.

Downed trees and power lines weren't just a problem in Peachtree Corners either. All around metro Atlanta - and any other place in the storm's path, there were reports of trees down on cars and utility poles blocking roadways.

On top of that were reports of flooding, washouts and sinkholes.