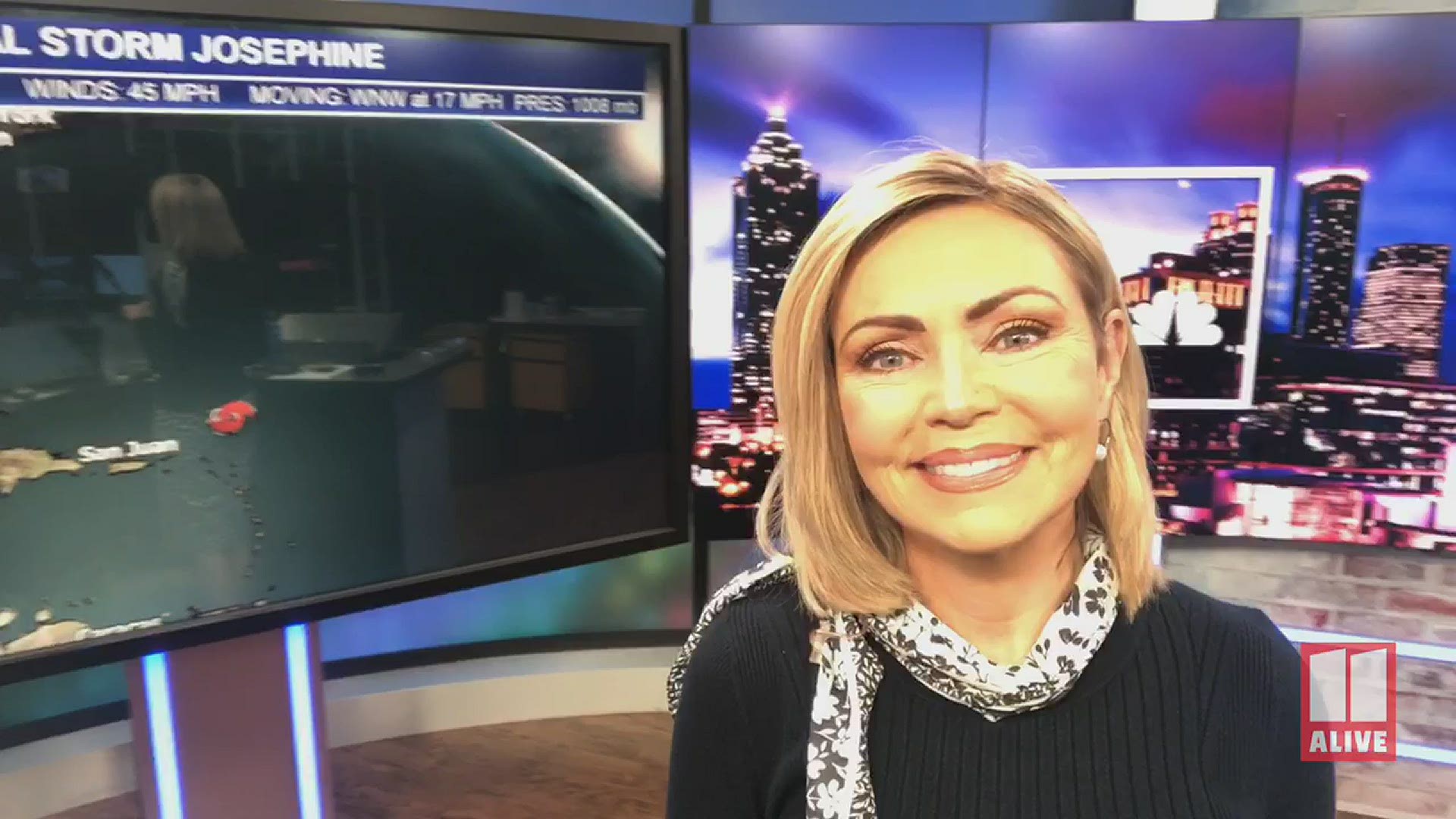 ATLANTA — The 2020 hurricane season is on track to be the most active season on record as it continues to surpass records previously set in 2005.

That was the season that gave us Hurricanes Katrina and Wilma, and currently holds the top spot.

We have Tropical Storm Josephine and Kyle churning in the Atlantic right now. The former is forecast to stay north of Puerto Rico and curve east of the Bahamas this week, not affecting the U.S. at all. The latter formed off the Mid-Atlantic coast this week and is moving away from the U.S. It’s expected to weaken and become extra-tropical as it moves into the North Atlantic.

Both Josephine and Kyle are the earliest J and K storms to ever form.

The peak of hurricane season is Sept. 10. Climatologically, meteorologists tend to see a marked increase in activity every year near the date of Aug. 20.

This year looks to be no exception.

All signs point to more systems spinning up next week in the Atlantic with a few vigorous storms coming off of Africa. The African Coast is the area meteorologists watch this time of year as thunderstorms traverse the Saharan desert and begin to consolidate once hitting the warm waters of the eastern Atlantic.

The next name on the 2020 list is Laura. Based on this year’s current tempo and seasonal outlooks, the Greek alphabet will be used to name storms as we wrap up the season in November.