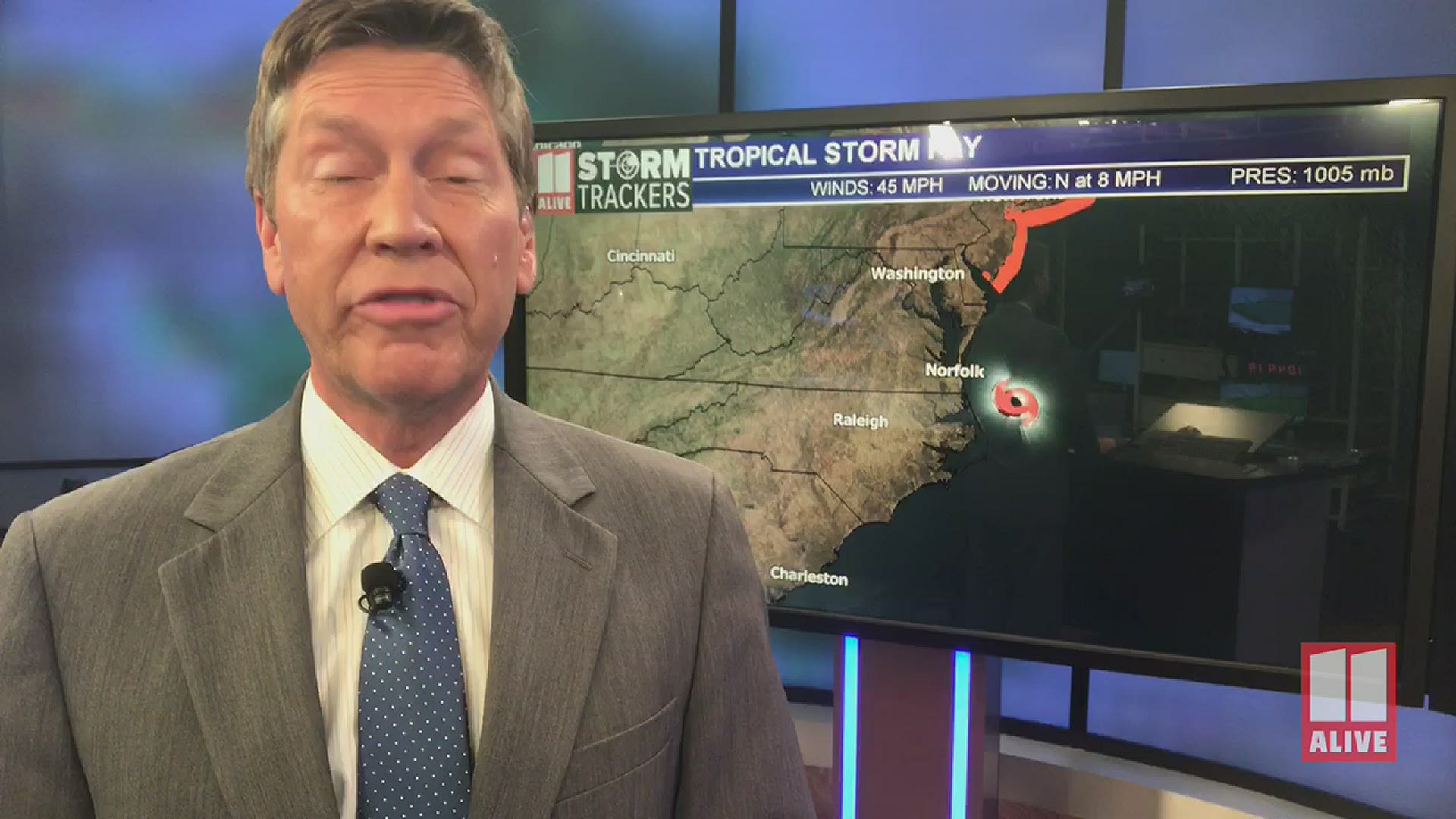 Tropical Storm Fay has formed off the coast of North Carolina.

It's expected to bring heavy rainfall and gusty winds to portions of the Mid-Atlantic Coast and southern New England. It has winds of 45 miles per hour and is moving north at 8 miles per hour.

It is already the sixth named storm of the Atlantic hurricane season.

Two named storms formed before the official start of the hurricane season June 1.

A tropical storm warning is in effect for the New Jersey coast northward including Long Island and Connecticut to Rhode Island.  The storm will parallel the mid Atlantic coast with wind and rain.  We expect landfall later Friday in the New Jersey coast.  The system will bring rain and wind inland after the storm makes landfall.

Atlanta couple planning their wedding would be charged $6,500 to reschedule their date