Understanding Severe Weather: When is a Code Orange or Code Red Air Quality Alert is issued?

What does a Code Orange or other elevated Air Quality Alert code mean to me? 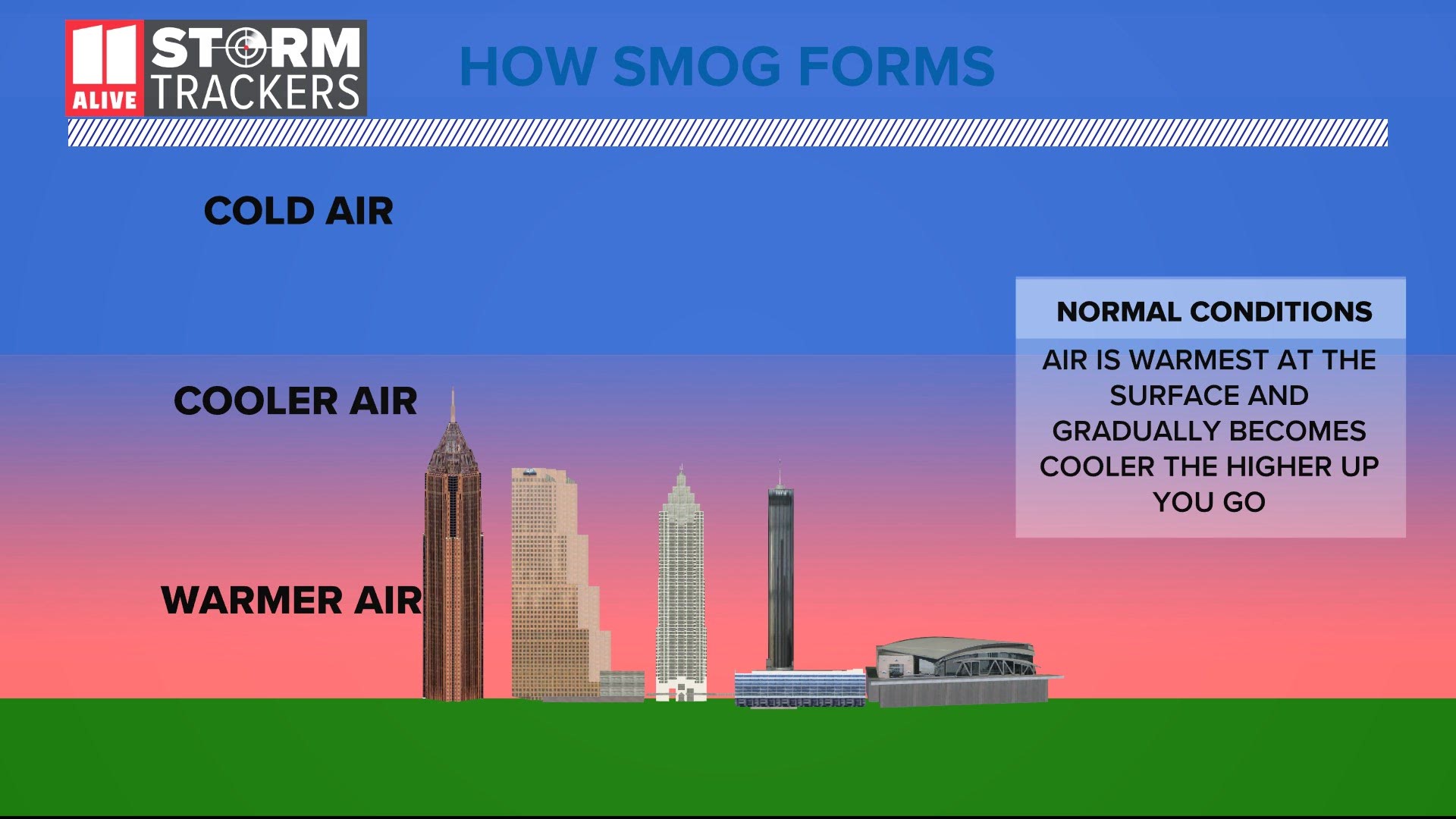 According to the federal Environmental Protection Agency, the Air Quality Index is measured on a 500-point scale. The values on that scale are also tied to a six-point, color-coded system -- from Code Green (Good) to Code Maroon (Hazardous).

Each category corresponds to a measure of air quality that helps determine the level of health concern.

According to the EPA, the air quality is a measure tied to five major air pollutants that are regulated by the Clean Air Act: ground-level ozone, particle pollution -- or particulate matter, carbon monoxide, sulfur dioxide and nitrogen dioxide.

Air Quality Index (AQI) Basics
Versión en Español The AQI is an index for reporting daily air quality. It tells you how clean or polluted your air is, and what associated health effects might be a concern for you. The AQI focuses on health effects you may experience within a few hours or days after breathing polluted air.

There are two types of ozone as defined by the EPA - ozone in the upper atmosphere, or "stratospheric ozone" is "good" ozone, because it protects us from ultraviolet radiation from the sun. Ground-level ozone is considered "bad" because it can trigger various health problems, particularly for children, the elderly and those who have health problems like asthma.

Particle pollution, also known as particulate matter or PM, is a general term for a mixture of solid and liquid droplets suspended in the air. It can include any number of components or compounds including acids (such as sulfuric acid), inorganic compounds (such as ammonium sulfate, ammonium nitrate, and sodium chloride), organic chemicals, soot, metals, soil or dust particles, and biological materials (such as pollen and mold spores).

Particulate matter can become a major issue near busy roads, in urban areas (especially during rush hour), and in industrial areas. It can also become an issue when there is smoke in the air, as when found near fires, whether controlled like near barbecue pits or fireplaces, or uncontrolled sources like wildfires. Finally, on hot, humid days, when air pollution is allowed to build up and stagnate, particulate matter can become much more apparent in the outside air.

Carbon monoxide is a colorless, odorless gas that can be harmful when inhaled in large amounts. Carbon monoxide is released when something is burned. The biggest sources of carbon monoxide to outdoor air are cars, trucks and other vehicles or machinery which burn fossil fuels.

There are dangers from some types of space heaters, leaking chimneys and furnaces and gas stoves, which can affect air quality indoors, necessitating the presence of a carbon monoxide detector in your home.

Sulfur dioxide comes from the burning of either sulfur or materials that contain the element - usually from the burning of fossil fuels at power plants and other industrial facilities. Other sources include industrial processes such as extracting metal from ore; natural sources such as volcanoes; and locomotives, ships and other vehicles and heavy equipment that burn fuel with a high sulfur content.

Nitrogen dioxide is released into the air from the burning of fuel. It forms from the emissions of cars, trucks, buses, power plants and off-road equipment. Breathing air with high concentrations of nitrogen oxide can irritate the human respiratory system. In addition, it reacts with other chemicals in the atmosphere to form acid rain as well as to make up the visible haziness in the air we most commonly associate with smog.