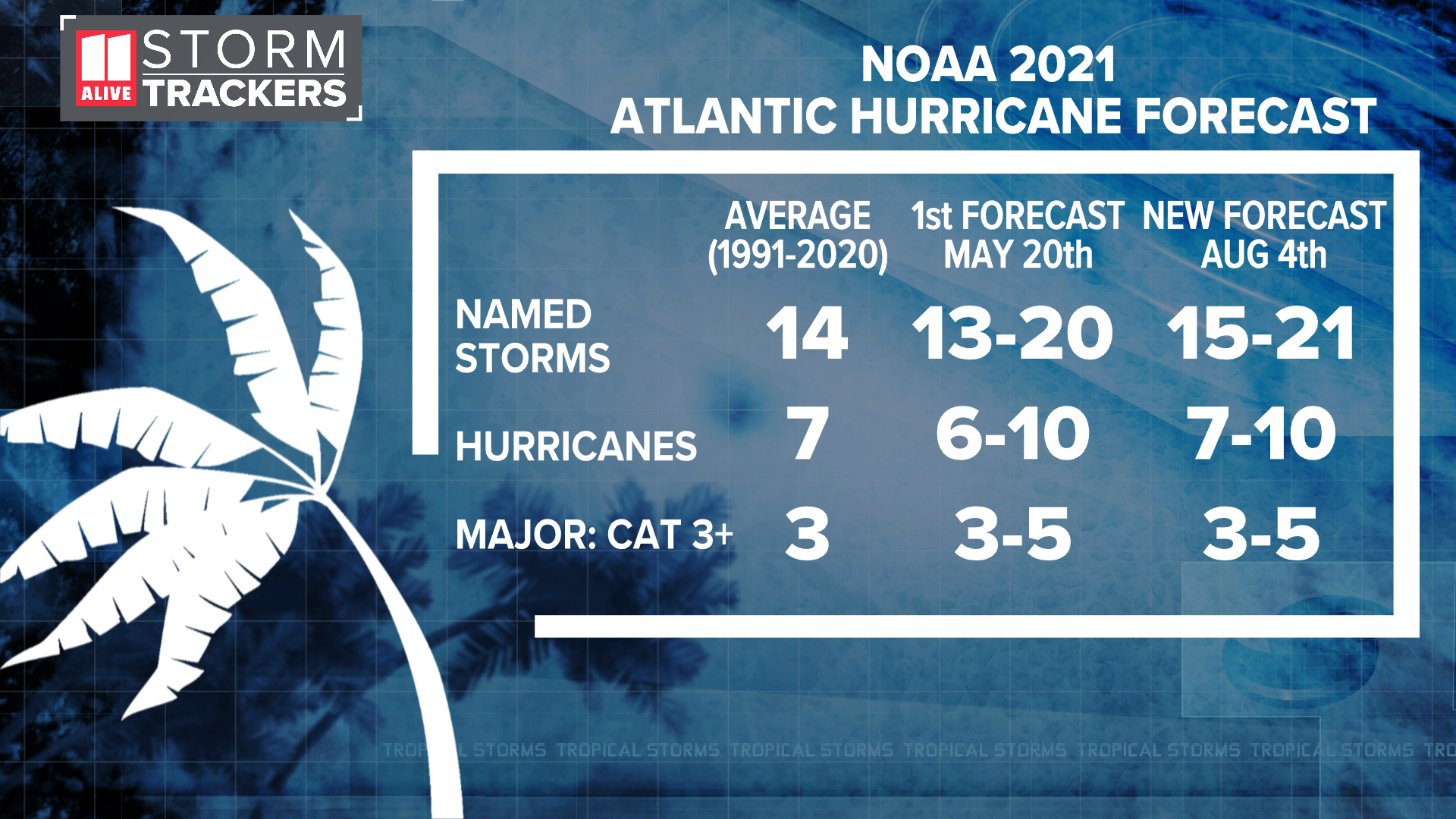 ATLANTA — Hurricane season shows no signs of slowing down, NOAA alluded to in its updated Atlantic Hurricane Season outlook on Wednesday. Despite the recent lull in tropical activity, the next few months of the season could be very active.

The updated hurricane outlook comes on the heels of a La Niña watch for the upcoming fall by the Climate Prediction Center. A La Niña can contribute to weakening wind shear over the tropical Atlantic, favorable for storm formation and strengthening.

Matthew Rosencrans, NOAA's lead hurricane season forecaster, also looked at forecasts for an enhanced and near-normal ocean surface temperatures within the Main Development Region (MDR), the region of the Atlantic basin from the Caribbean Sea to the west coast of Africa that can be most favorable for tropical development.

Already in the 2021 Atlantic season there have been five named storms. Elsa became the earliest fifth named storm on record and the first hurricane of the season.

The tropics have been rather quiet for much of July. This is partly due to more Saharan Dust, that can inhibit tropical development. The dust will likely become less of a factor as we near hurricane season's peak.

The National Hurricane Center is currently monitoring two areas of thunderstorms with low potential for development.

During Wednesday's media briefing, Rosencrans stressed the importance of being prepared. This forecast doesn't include how many or the strengths of storms that could make landfall along the U.S. coastline. It only takes one storm to make it a bad year.