BEAUREGARD, Ala. (AP) — The youngest victim was 6, the oldest 89. One family lost seven members.

The 23 people killed in the nation's deadliest tornado in nearly six years came into focus Tuesday when the coroner finished identifying them and released their names.

They included 6-year-old Armando Hernandez Jr., known as "AJ," killed two days after singing in his first-grade class musical; 10-year-old Taylor Thornton, a fourth-grader who loved horses and was visiting a friend's home when the tornado struck; and David Wayne Dean, 53, nicknamed "Roaddog" because of his love for Harley-Davidson motorcycles.

"Just keep those families in your prayers," Lee County Coroner Bill Harris said, two days after the disaster. "It's a tragic situation."

The search for victims in and around the devastated rural community of Beauregard continued, with crews using heavy equipment to lift large chunks of debris. But Sheriff Jay Jones said the list of missing people had shrunk from dozens to just seven or eight.

"We are still conducting some searches, sifting through piles of debris where there may be people or animals," said Opelika Fire Chief Byron Prather. "We haven't given up hope."

Dean's body was found in a neighbor's yard after the twister demolished his mobile home Sunday afternoon.

"Our son found him," his widow, Carol Dean, said between sobs. "He was done and gone before we got to him. My life is gone. He was the reason I lived, the reason that I got up."

After the tornado passed, she rushed home from work at Walmart and pushed past sheriff's deputies to be with her husband one last time. Picking through the ruins of their home, she found her wedding dress and a Father's Day note that read, "Daddy, I love you to pieces."

The tornado was an EF4 packing winds estimated at 170 mph (274 kph) and chewed a path of destruction up to nine-tenths of a mile (1.4 kilometers) wide in Alabama for nearly 27 miles (43 kilometers), the National Weather Service said. Ninety people were injured, it said.

The tornado swept mobile homes tucked among tall pine trees from their bases and smashed them into unrecognizable piles of rubble. Toys, clothes, insulation, water heaters and pieces of metal were scattered across the hillsides where the trees were snapped in half.

The search took its toll around Beauregard, an unincorporated area of roughly 10,000 people near the Georgia line. Church chaplain Ike Mathews walked down a road lined with broken trees and pieces of homes as he went to check on members of his congregation and emergency workers.

"Yesterday I talked to some team members who had found bodies. They're hurting. The community is torn up. They started crying talking about it," said Mathews, an associate pastor at Rising Star Missionary Baptist Church.

A few yards away, as he spoke, firefighters searched through debris people, pets and valuables. Chainsaws whined across the street.

Many of the people living in the area are senior citizens who moved to the country after retiring from textile mills or an old magnetic-tape manufacturing plant that closed years ago, Mathews said.

"They start with a mobile home and hope they can build a house someday. They invest in their homes, and they have a sense of legacy. It's something to leave their kids and grandkids," he said.

It was the deadliest tornado to hit the U.S. since May 2013, when an EF5 twister killed 24 people in Moore, Oklahoma. 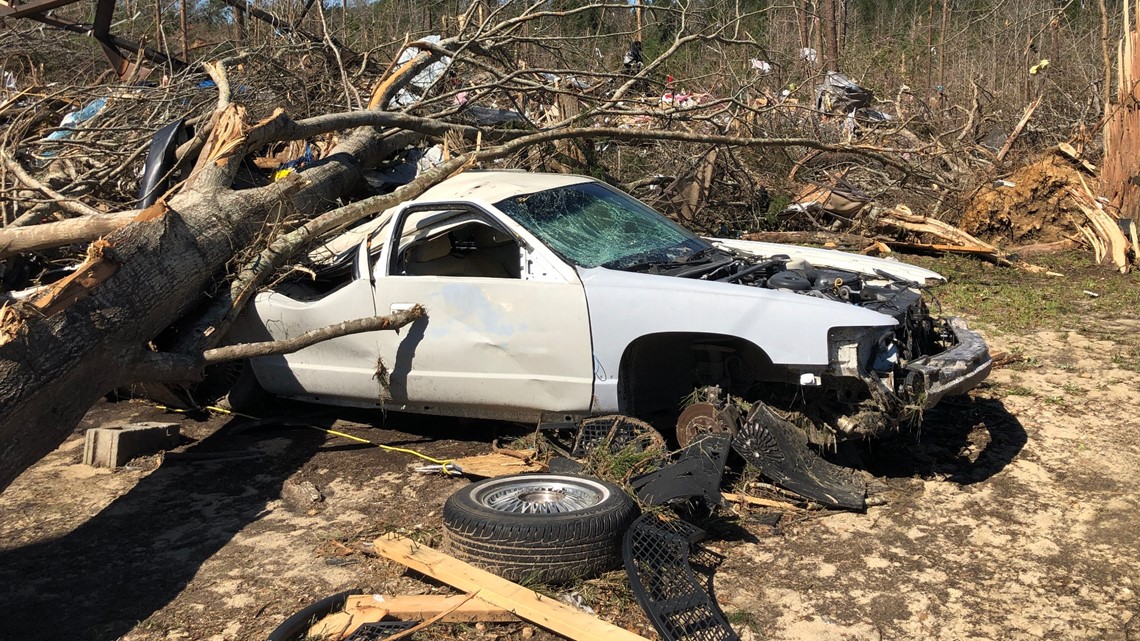 (Copyright 2019 The Associated Press. All rights reserved. This material may not be published, broadcast, rewritten or redistributed.)