The heavy rains stranded some employees: 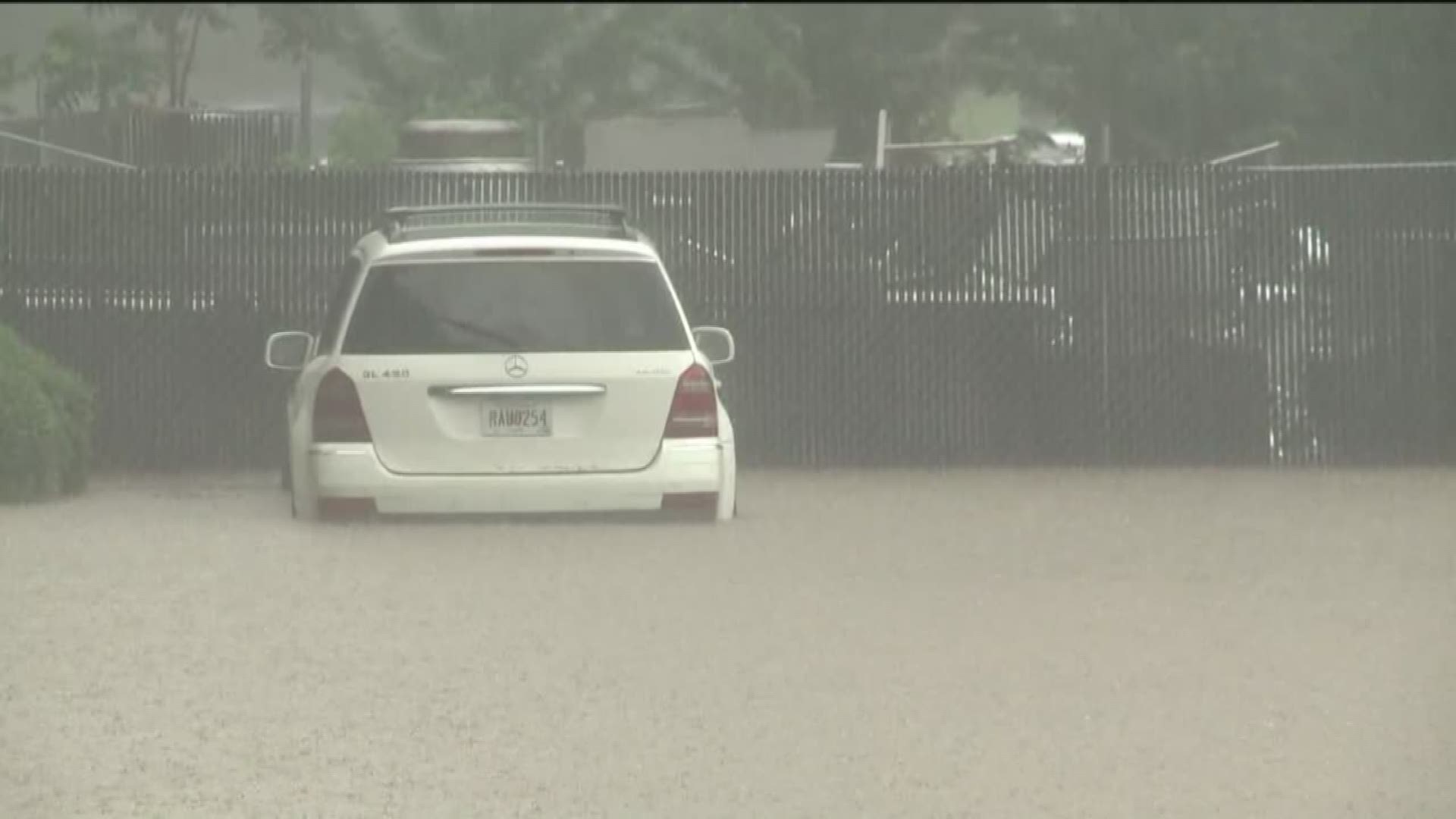 GWINNETT COUNTY, Ga. -- Firefighters were forced into swiftwater rescues mode at a metro area businesses after waist to chest deep water was reported in the parking lot.

According to the Gwinnett County Fire Department, the flooding is at 6875 Mimms Drive NW near Pleasantdale Road in the Doraville/Atlanta area. Officials said several vehicles and a business down a hill are surrounded by water. 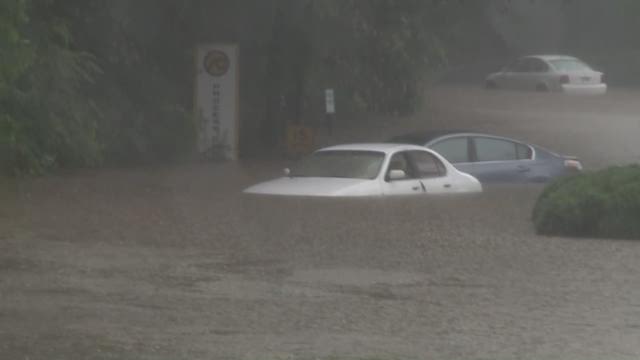 Right now, firefighters are helping employees of the business, Process Control Cooperation, get out of the parking lot and to higher ground. Crews are escorting more than two dozen people on foot where the water is shallow enough. Several others had to be rescued using rafts.

11Alive's Joe Henke spoke to one of those rescued employees, Willy Mosley, who were trying to find a way out.

"It was a little after lunch and the rain stated really pouring down, and we figured it was just going to be a little shower but it kept coming down," Mosley said. "It got to the point where it flooded the parking lot. Some of the people got out, but most of us got caught. Some of the cars are flooded out now -- the ones that were trying to get out.

So far, no one has been reported injured, but officials said several vehicles will remain stranded in the parking lot until the water recedes.

Right now, many parts of the metro area are under a flash flood warning. Click here for the latest on the weather. Read the full forecast from 11Alive StormTrackers here.