'When I see that there, I know God is real,' says man who was at church when tree fell through roof

He said he spent all day Saturday in the room where the tree fell through. Sunday, he wasn't there because he was at church. 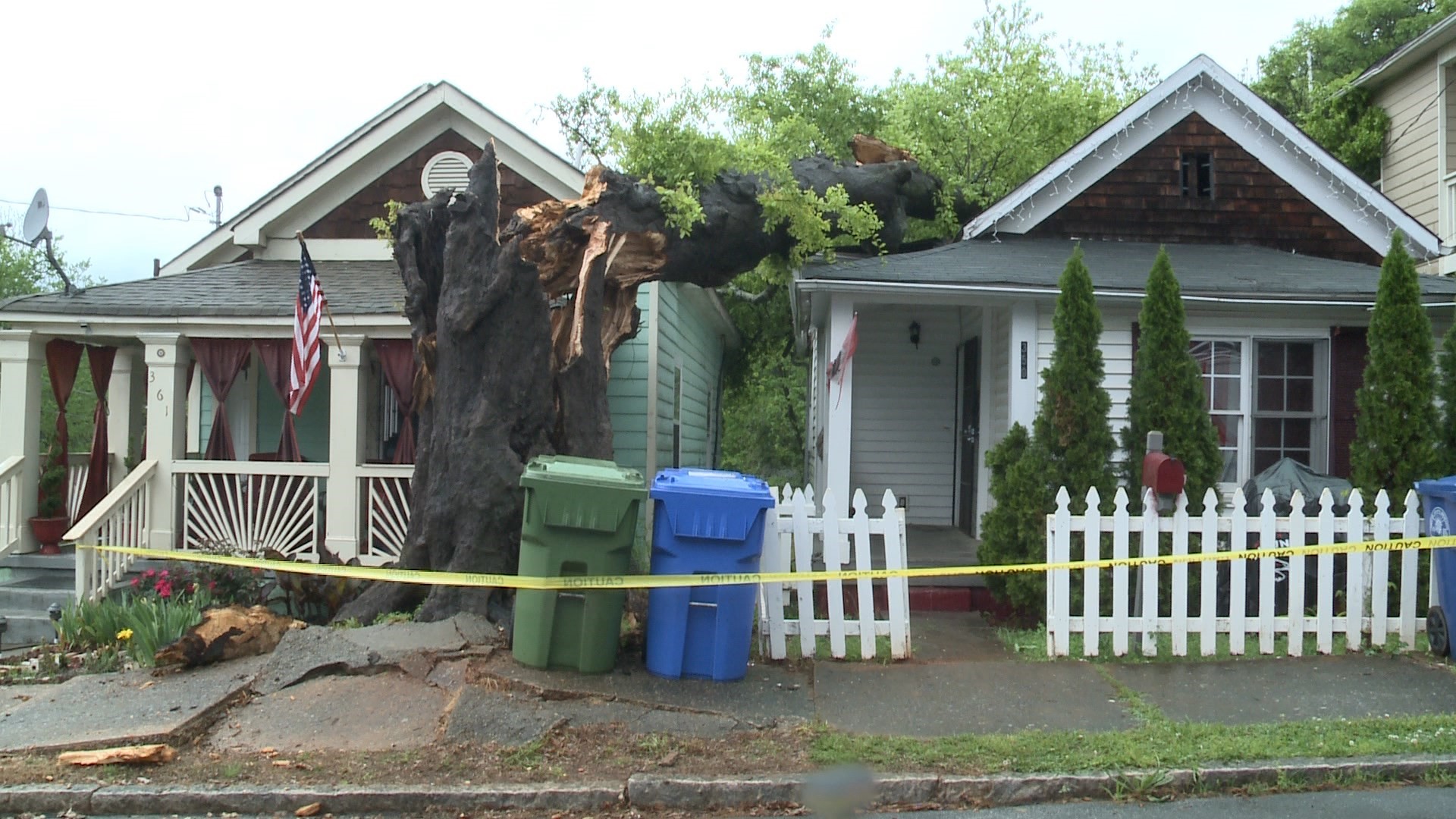 ATLANTA — One Atlanta man is counting his blessings - and praising what he calls divine intervention - after he said going to church Sunday morning literally saved his life.

Casey Eantzler said had he not attended services, he might have been crushed by a tree that fell through the roof of his Mary Street home in southwest Atlanta.

"When I see that there, I know God is real. God is real," Eantzler told 11Alive.

He said he was suffering with pain over the weekend and stayed in his bed in his room all day Saturday. He didn't feel like getting up to go to church Sunday morning, either, but, "God told me, 'Get up. Get up. Get out that bed'," he recalled. "So I went to church ... now I'm here talking to you."

Eantzler said a neighbor came to get him to tell him the substantial tree had fallen on his house. When he saw what had happened, all he could say was: "God is good."

The system also triggered several tornado warnings, including one over Gwinnett County, though the National Weather Service has not yet confirmed if any tornadoes actually touched down.

Meanwhile, the Red Cross came by to pick up Eantzler to take him to temporary housing. While he does have insurance, it may take him weeks - maybe months - for him to be able to return home.