Could Georgia have a 'White Christmas'?

Santa will bring cold air to Georgia from the North Pole, and he may also bring a chance for snow 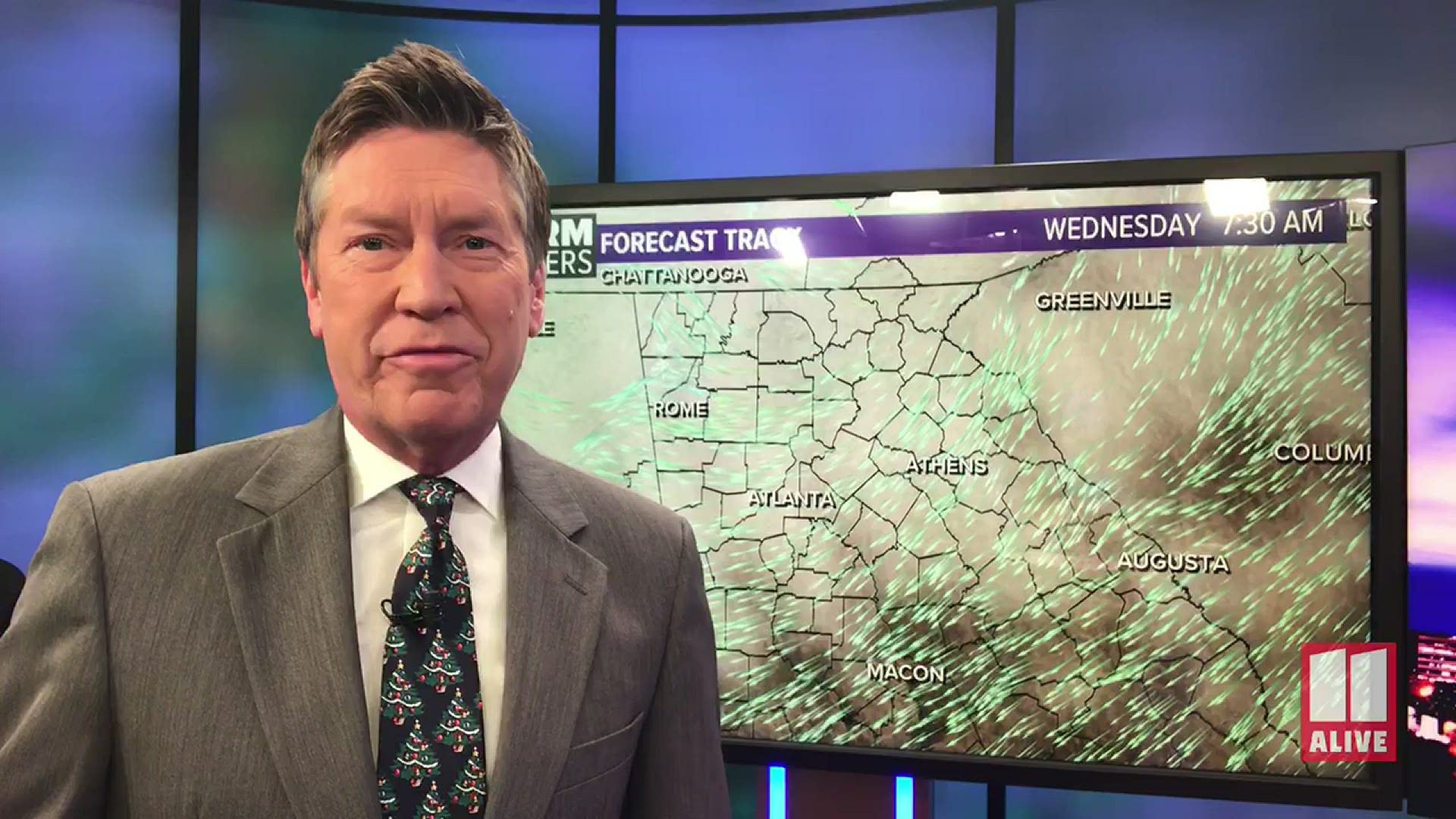 ATLANTA — Are you dreaming of a White Christmas this year in Georgia? In the spirit of all things 2020, this year we may end up 'not the norm' with the possibility of snow - or at least some flakes flying.

Santa's elves have been working away at crafting a weather setup with Mother Nature that will send some very cold air to our area from way up north in Canada. This cold air will arrive at the tail end of moisture along a cold front. This may briefly allow for a quick changeover to some light snow, snow showers, or at least flakes Christmas Eve Night..

But Santa hasn't "checked his list twice" yet; so, Mother Nature may still change her mind about these prospects.

Here's what we know right now:

Rain will move in Christmas Eve.  The rain will move in from the west in the morning hours.  It will sweep through Atlanta around midmorning and then east of Atlanta after lunch.  We could see some moderate to heavy rain at times.  Rain totals could be between a half inch and an inch and a half.  As the rain moves east, much colder air will begin to move in.  Temperatures will be falling during the day.

There is a chance that the cold air moving in will squeeze out any remaining moisture in the clouds in the form of snow flurries.  We don't expect any accumulations in the Atlanta area. Parts of northeast Georgia could get up to an inch of snow.  Higher ridgetops could see up to 2 inches.

Disclaimer: We typically have better odds of a winter event playing out if the cold air precedes the moisture, rather than arriving on the tail end of the precipitation. This is one main reason why the possibility of snow is far from being 'a lock'.

How common is a White Christmas in Georgia?

Not that common. In fact, in Atlanta, we've only had snow on Christmas only happened a handful of times. Technically, for it to be a 'white christmas' you have to pick up 1" or more. Recently, you may remember the Christmas of 2010, just 10 years ago. Back then, 1.3 inches fell at Hartsfield Jackson which stands as the daily snow record. And two to four inches of snow fell the day before across other parts of the metro with up to seven inches across the North Georgia mountains.

RELATED: White Christmas watch 2020: which American cities will have snow on Dec. 25?

What we ARE confident about: a COLD Christmas

Arctic air sends temps tumbling late Christmas Eve, and that cold air settles in for Christmas Day across North Georgia. This will keep high temperatures stuck in the 30s. But with a gusty northwest wind, it will feel much colder. Wind chills Christmas morning will be in the 10s, with afternoon wind chills staying in the 20s.

And into Friday afternoon:

Snow or no snow, it will certainly feel a little more like the North Pole on Christmas Day across north Georgia!