Woman votes on her 108th birthday, hopes to inspire others

Although Ruth Graham-Ray is unable to physically walk into a voting poll, she was sure to request a ballot. 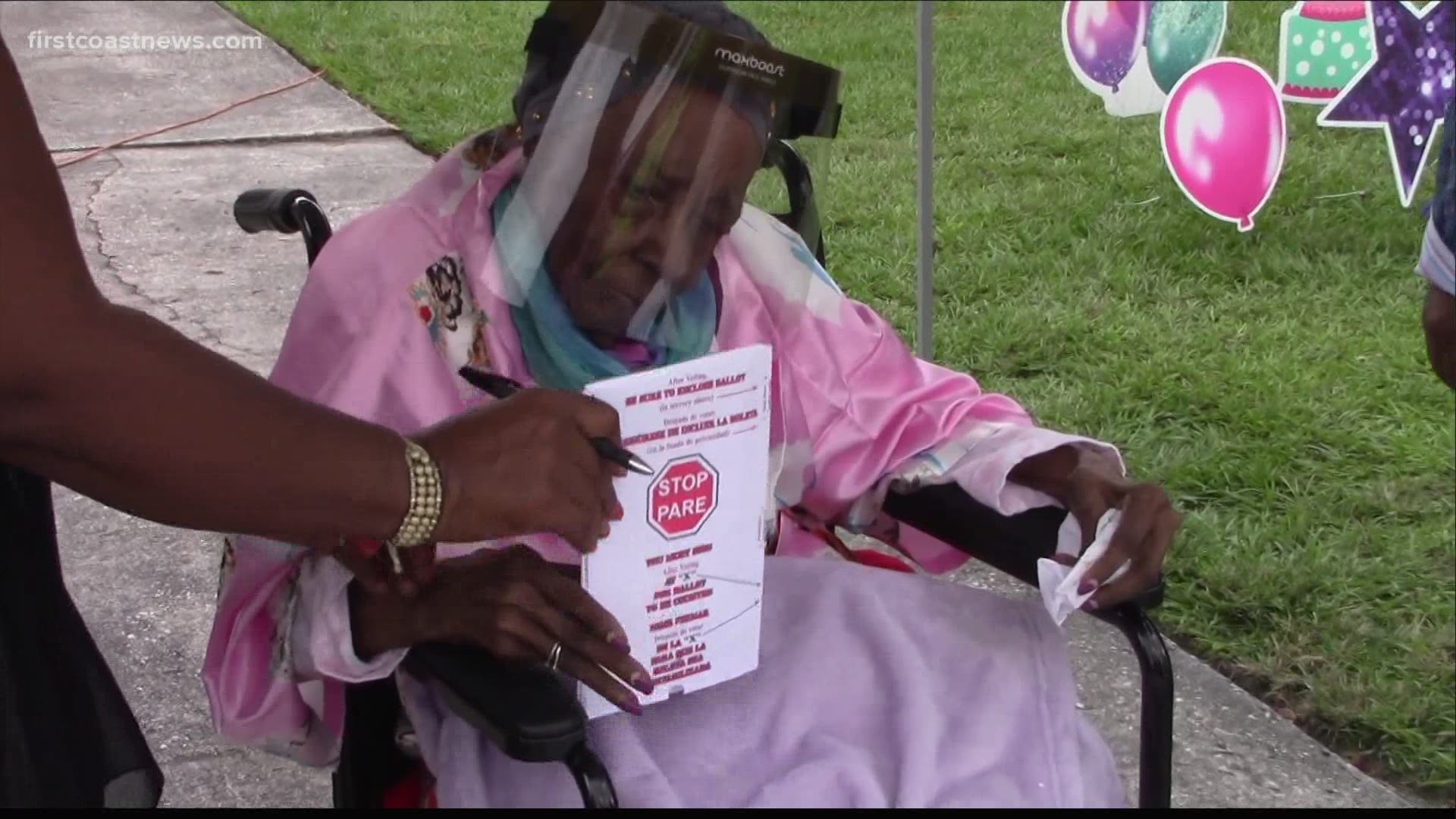 JACKSONVILLE, Fla. — While most look for candles and a cake on their birthday, a Jacksonville woman wanted to celebrate her 108th year of life by voting in the 2020 November election.

Many in the community came out to celebrate Ruth Graham-Ray Saturday. But all week long leading up to her special day, Ray’s mind was set on casting her ballot, according to her godson, Michael Blaylock.

Blaylock says this marks the 22nd time Ray has voted in a United States Presidential election.

Although she’s unable to physically walk into a voting poll, Blaylock says she was sure to request a ballot.

“She said in her own little way, ‘If I’m 108 years old, and it’s still important to me, then there should not be any excuses from anybody,’” Blaylock said.

Ray has lived through the Civil Rights movement and Women’s Suffrage, which granted women the right to vote 100 years ago.

Never taking an opportunity for granted, Ray filled out her ballot and it was taken to a secured drobox by a retired officer and family friend.

At 108 years old, Ray hopes to inspire everyone to get out and vote as if their life depends on it.

Ahead on #GMJ — I’ll introduce you to a local woman who was sure to celebrate her 108th birthday by voting over the weekend! @FCN2go pic.twitter.com/Pw0PoqupEd