The A-Scene takes you inside Steve Harvey's special camp to talk to him about how he hopes to give inner city kids a new outlook. 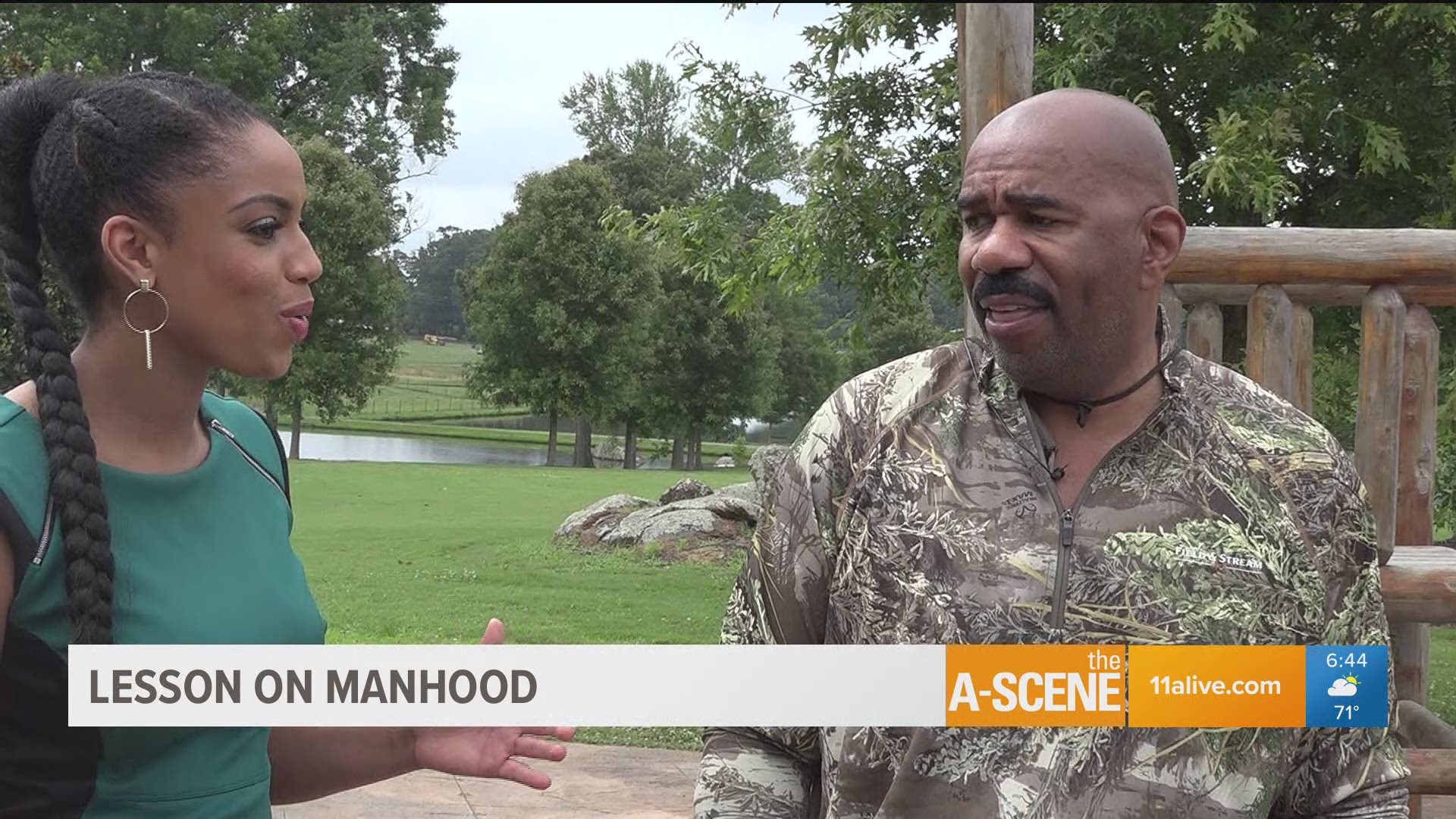 ATLANTA- Steve Harvey is one of the busiest people in show business, but each year he makes time to hang out with kids at his camp just south of Atlanta.

The camp is hosted at Chick-fil-A's Rock Ranch each summer.

Harvey told the A-Scene's Francesca Amiker, "We have to get them out of their surroundings. The inner city, they're used to that. They're accustomed to streetlights. Nobody fights when they are fishing. It's like going on a golf course. Don't nothing breakout on a golf course. You have to put these kids around stuff that's stimulating but also calming. Nature is very calming".

Frank Hallum is the Director Of Boys Mentoring for the Steve and Marjorie Harvey Foundation. He says, "One thing that we know these boys haven't gotten is manhood. So we definitely teach the principles of manhood and that's where we start and today were teaching them other things like fishing. Not just fishing for fish but fishing in life".

Harvey says these kinds of opportunities are more important than ever.

"We're at a crisis situation," Harvey said. "We need to get our young man from these neighborhoods to get their minds outside of the hood".

The boys at the camp say even though it lasts just a few days, it makes a big difference. "These dudes definitely care about us and want to see us be successful," one said.

Harvey says it's about offering opening their eyes to new options.

"They have to see people who look like them that's in tech, and engineering, that's in stem, They have to see it. We have a lot of men who come here and we want them to see themselves somewhere other than on the basketball court".

You can learn more about the Steve And Marjorie Harvey Foundation here.

And remember for entertainment news, behind the scenes looks, and casting calls, follow us on the A-Scene.