The hardest question that Michael B. Jordan has ever been asked

Life has become a balancing act for Adonis Creed played by Michael B. Jordan. Between personal obligations and training for his next big fight, he is up against the challenge of his life. 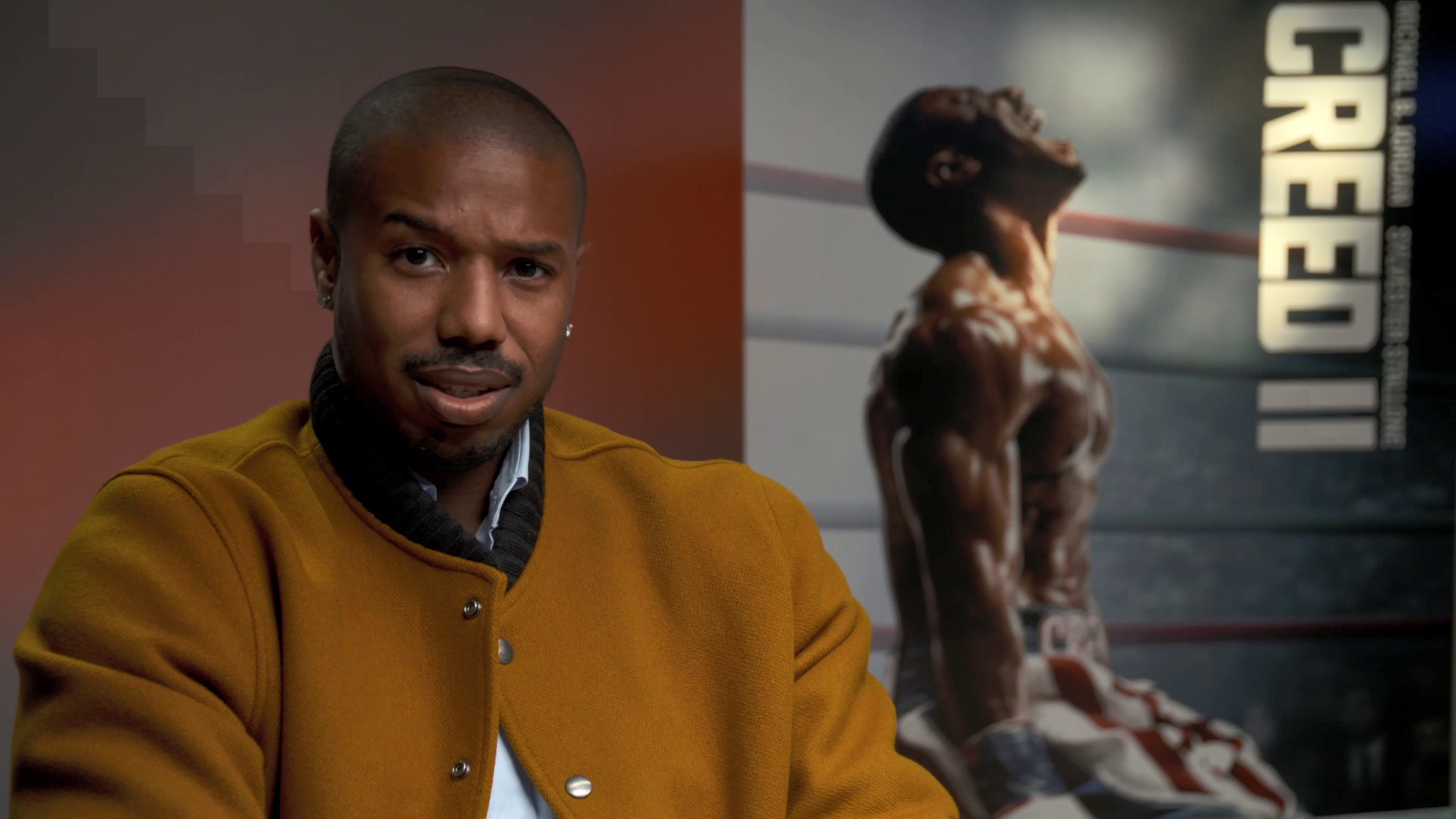 Life has become a balancing act for Adonis Creed played by Michael B. Jordan. Between personal obligations and training for his next big fight, he is up against the challenge of his life.

Facing an opponent with ties to his family's past only intensifies his impending battle in the ring.

Rocky Balboa, played by legendary actor Sylvester Stallone, is there by his side through it all and, together, Rocky and Adonis will confront their shared legacy, question what's worth fighting for, and discover that nothing's more important than family.

Creed II is about going back to basics to rediscover what made you a champion in the first place, and remembering that, no matter where you go, you can't escape your history.

The A-Scene took a trip inside the cutting room floor and the soundstage boxing rink in a candid interview with star Michael B. Jordan!

Credit: FROM 'CREED II'/ (MCM)
Creed II is about going back to basics to rediscover what made you a champion in the first place, and remembering that, no matter where you go, you can't escape your history.

AMIKER: So, Michael this film. First of all, congratulations! I thought that this film was different than the last film. On this one, we saw characters go from abandonment to redemption. How did you tap into this character that allowed us to think, “Shoot. Who is Michael that is Adonis Creed!” Where did you pull from?”

JORDAN: This is my second time doing the film playing Adonis. It’s the first time I did a sequel to any film. So, I kinda already had Donnie locked away. I had the foundation. I knew who he was. It wasn’t really that hard to tap into him. We just wanted to evolve the relationship and the characters and build what we started on Creed 1 – what would a boxing be going through, what would Adonis be going through this time around? We wanted to give him a family. We wanted to challenge him this time around and everything that comes along with that. Who was he as a man…identity issues, having his own legacy to build on.

AMIKER: Here’s the thing, when we were seeing you in the film, getting smacked and you were doing the smacking, and it looked so real. Talk to me about the special effects and behind the scenes.

JORDAN: There wasn’t too many special effects. That’s the crazy part, like we really did everything. There was no stunt guy in a sense that me and Flo did all our own stunts. We got hit where we needed to get hit…slow motion stuff. We’re competitive and we really wanted to do it the old school way. You know you always hear stories of Sly and Ivan. The way they would end up in the hospital and really going for that. You know, me and Florian, as a personal challenge wanted to do the same thing.

1 / 19
FROM 'CREED II'/ (MCM)
Creed II is about going back to basics to rediscover what made you a champion in the first place, and remembering that, no matter where you go, you can't escape your history.

AMIKER: I heard yall ended up in a hospital. I talked to Flo this morning. I mean…you guys did an amazing job. Talk to me about the bromance you guys had behind the scenes as well.

JORDAN: Flo is an amazing guy honestly. For his first film, he blew me away. He really impressed me, so humble, he was really willing to put in the work. He would show up…I’m in the gym early. He would sometimes beat me to choreography and to workouts and stuff like that which was extremely impressive. People don’t understand the bond. It was like going through boot camp together, like, a process like this you come out on the other side very close. He’s a brother of mine. 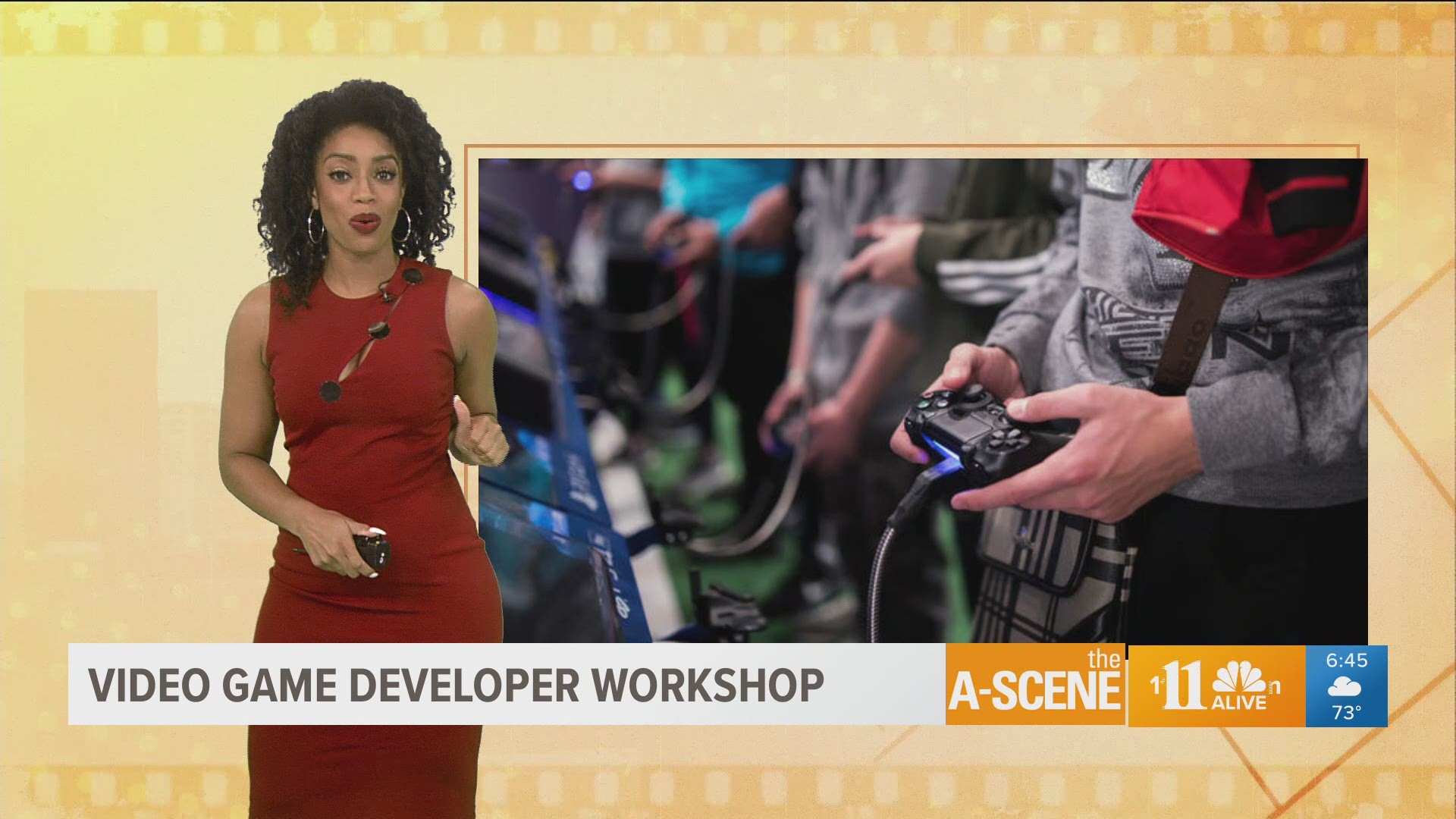 AMIKER: From in front of the camera to behind the camera, now executive producing ‘Raising Dion’. You know I had to ask you, you’re in Atlanta…my hometown. Give me some insight on what the behind the scenes is like.

JORDAN: It’s amazing to see this short that found online and years later, four years later seeing it on set and being in production here in Atlanta. The cast is great. We’re constantly growing and evolving the story. We can’t wait for everybody to see it next year on Netflix.

AMIKER: I know you’re also really excited about anime. You’re a huge anime fan. So I have to ask you since you played the role of Killmonger, which was amazing if you could get only one, would it be the Marvel Universe or anime?

AMIKER: I go there! I just punched you in the rib.

JORDAN: That’s really one of the harder questions that I’ve been asked. I would say anime only because if Marvel stayed around, Thanos could just bring everybody back with the infinity stones.  That’s a real nerd!

TUNE IN MONDAY, NOVEMBER 19 TO THE A-SCENE DURING MORNING RUSH ATL AT 6:45 AM FOR OUR EXCLUSIVE BEHIND THE SCENES INTERVIEW WITH CREED II STAR FLORIAN MUNTEANU AND DIRECTOR STEVEN CAPLE JR