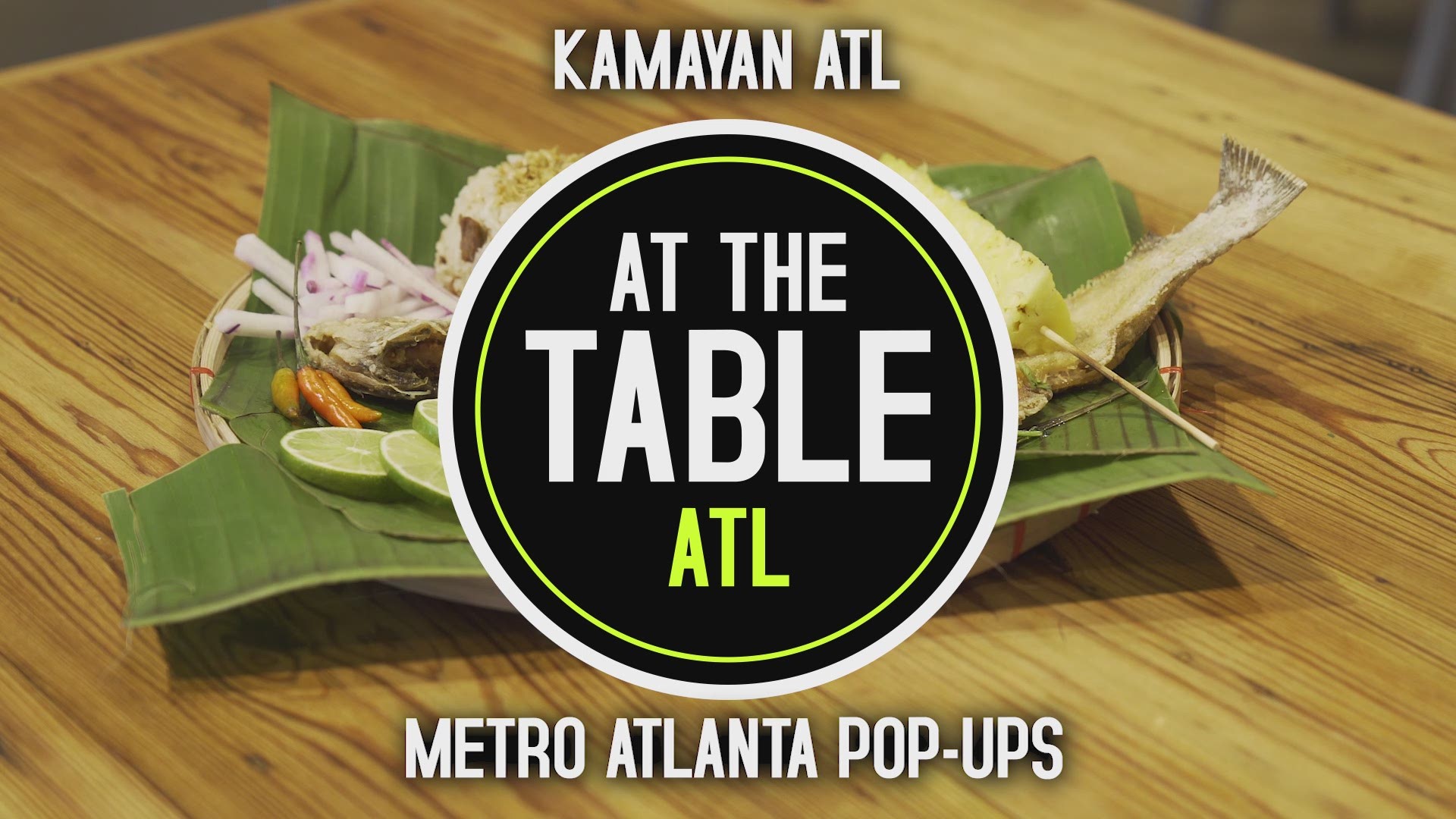 Mia Orino is putting her mark on the Atlanta food scene one pop up at a time. Kamayan ATL Filipino Pop Up Restaurant repeatedly sells out tickets as the pop up dinner travels around the metro, fulfilling Orino’s mission of sharing Filipino flavors.

At the Table ATL recently caught up with Orino on a pop up night, where ‘dapa’ was the dish du jour. The traditional meal is also one of her mother’s favorites.

“We call it ‘dapa’ in the Philippines, which is flounder here in the U.S.,” Orino said, adding it’s always served head-on.

“How does this dish represent the Philippines?”

“Any person can eat it of all walks of life,” Orino said. “The older generation, they eat the fish, they eat the bones … nothing goes wasted on this fish.”

Filipino cuisine, according to Orino, also means incorporating the influence of the country's history.

“It was a Spanish colony for 400 years,” she said. “So we have a lot of Spanish influences, Malay, Muslim. I don’t think there’s any other country in Asia that’s like ours.”

“As an immigrant, I’m proud, and I love that,” Orino said, adding that she sees the growth coming to the metro. “It’s so diverse now.”

That pride also stems from her family, her mom a source of inspiration inside the kitchen and beyond.