At 104, the great-grandmother says she walks at least one mile every day and her secret to long life is staying busy. 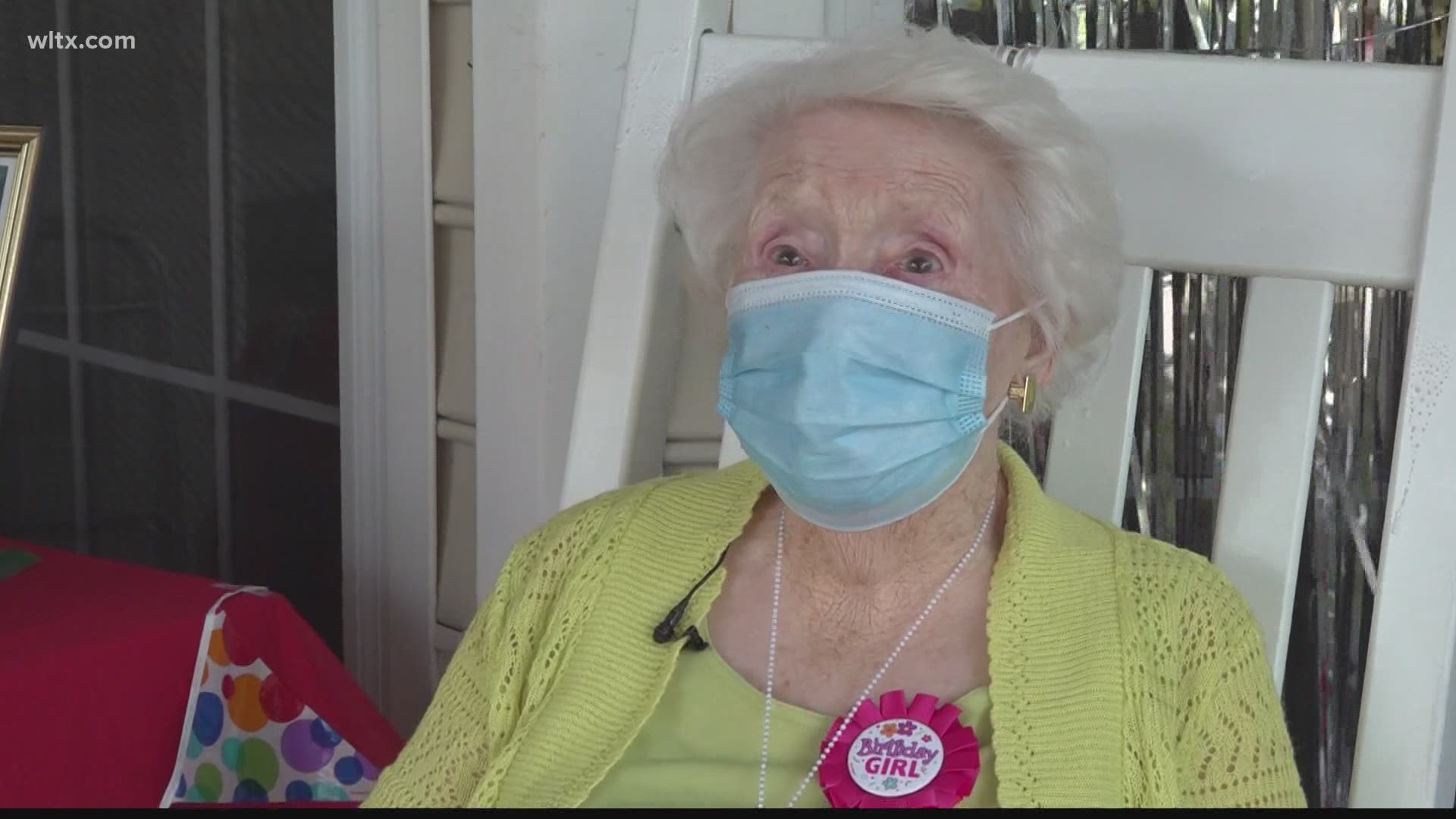 LEXINGTON, S.C. — A Lexington woman was celebrated this week, as she started her 104th lap around the sun.

Beulah Glover, a resident of Morningside of Lexington, celebrated her 104th birthday in pandemic fashion, with a parade of cars.

Glover has only been a resident of the community for two years, but they wanted to celebrate her in a fun way. She's considered somewhat of a matriarch at Morningside, according to staff.

“Ms. Beulah is a firecracker!" says Morningside's Executive Director Tracy Devaughn. "Ms. Beulah keeps all of us straight! We just wanted to make something special for her. I mean that’s a miracle."

At 104, the great-grandmother says she walks at least one mile every day and her secret to long life is staying busy.

Beulah's daughter tells Street Squad that she moved to Lexington from Spartanburg when she was 8 because her father was a part of the construction crew that built the Lake Murray Dam.

Her friends and family came to celebrate along with some special guests from the Lexington Sheriff’s Office.