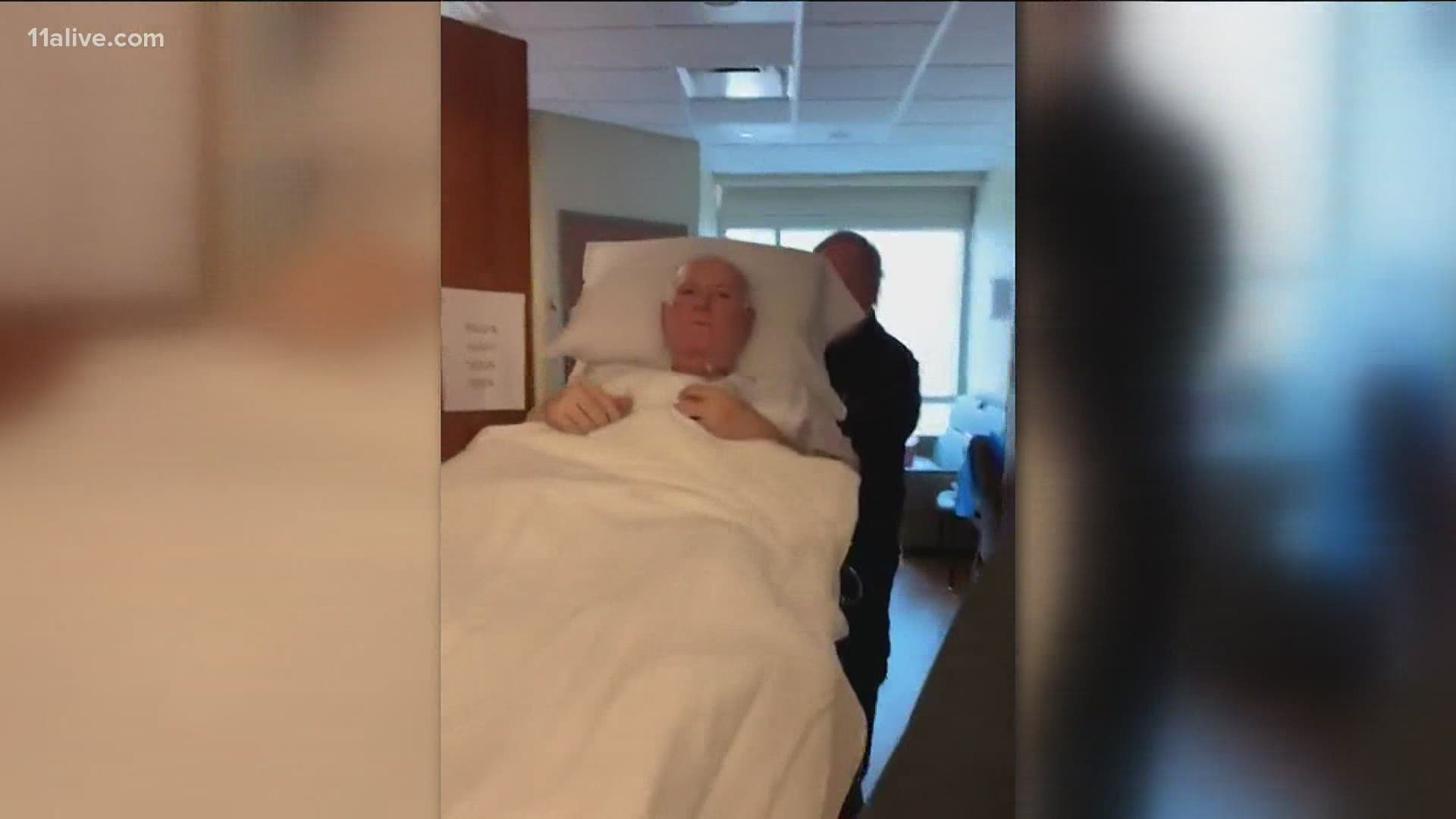 Surrounded by a crowd of cheering doctors and nurses, Blue Ridge Chief Johnny Scearce waved goodbye to those at Catholic Health Initiatives (CHI) Memorial Hospital in Chattanooga. The hospital posted a video of the 'honor walk' on Thursday.

Chief Scearce's wife, Brenda said her husband caught MRSA and suffered from a collapsed lung during his months-long battle with the virus. She said that he did not have any underlying conditions, but she worried that her husband would not come out on the other side.

“It’s truly a miracle and there’s not anybody on that medical team that would tell you any differently," added Brenda.

Brenda described her husband as a person that 'radiates positivity'. She added that she believes that's what got him through it.

“When they would wake him up from sedation, I would say, 'just be positive, like you always told me, Johnny'. And that is what he would want to tell the people out there is to just stay positive and have faith,” she said.

Chief Scearce started his first day of therapy on Friday. His wife said that he was able to walk 14 feet on his first attempt after being in a wheelchair or bed for the past four months.

According to the city of Blue Ridge, Scearce has been the chief of police since 1991, the longest-serving person to hold that position in the city's history. A GoFundMe has been set up to support the Scearce family and their medical expenses.