'We're not giving up on you': Bodycam shows officers' compassion as man threatens suicide

Police made clear they were going to do everything they could to bring the man out alive. They made it happen by reminding him of one very important reason to live. 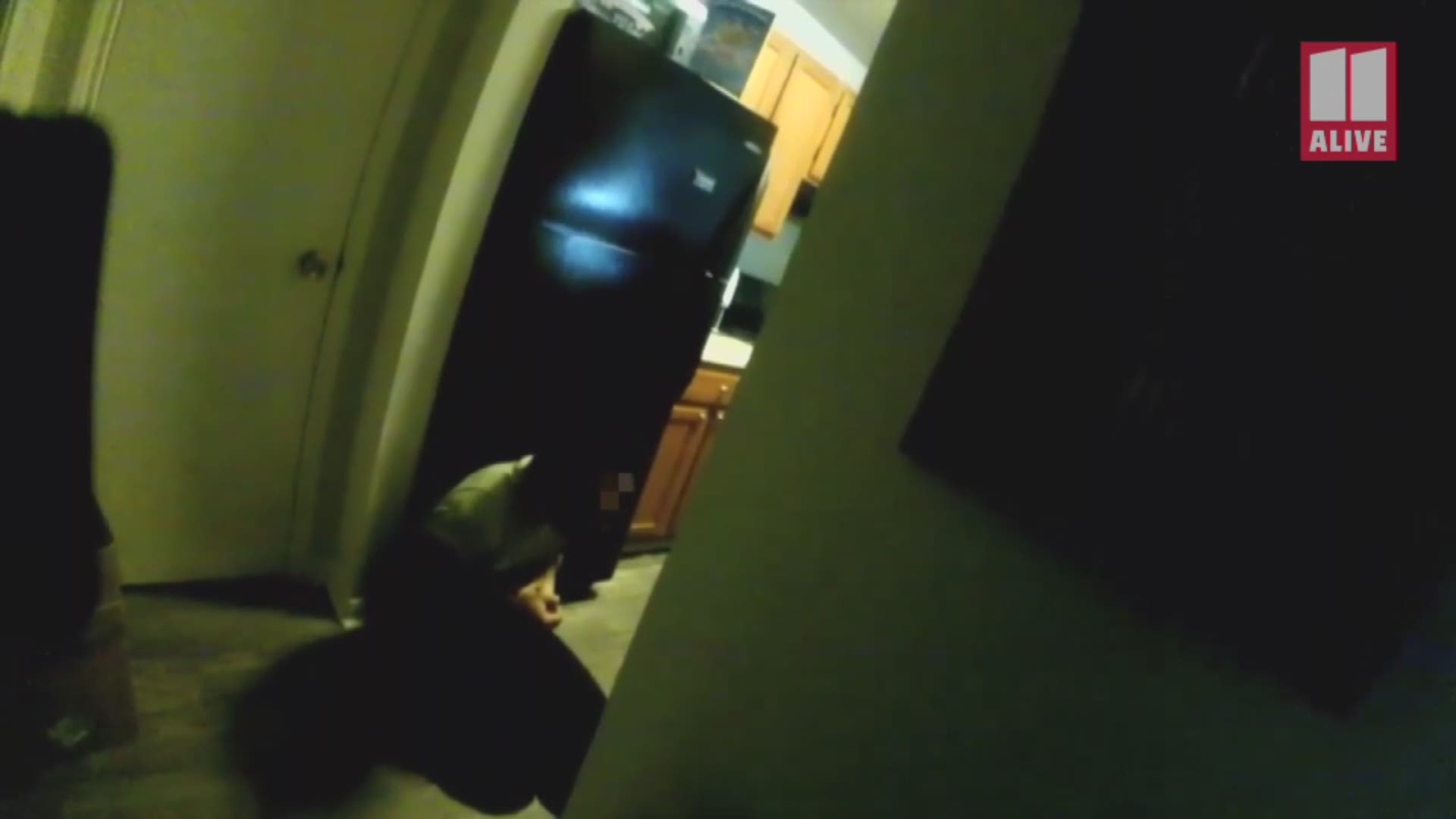 HENRY COUNTY, Ga. — Henry County Police says each of its officers is trained to de-escalate a tense and dangerous situation.

This summer, a moment that could have ended in tragedy put that training to the test. It was a warm day in late July when officers were called to a home around 2:30 p.m.

Bodycam video shows officers walking into a dark home where a man is sitting on the floor. He's sobbing, he's armed and police believe he means to take his own life. Police said he had the knife pressed against his chest.

What follows in the roughly four-minute excerpt - edited to protect the man's identity - is an attempt by multiple officers to send a message: there's still a reason to live.

For the first time in the edited video, we hear the man speak to the officers.

Officer Bryant: "You want to go get help, I know you do. You're saying you're tired and you're sick. We need to go get you some help."

As the video continues, one of the reasons the man is so distraught becomes clear. He doesn't think he'll see his 1-year-old child ever again.

Officer Bryant: "You want to see your 1-year-old again?"

Officer Bryant: "You have to - you have to drop the knife. Put the knife down and show me a picture of him."

Officer Bryant soon convinces the man to share a picture of his child on a phone. But he still has the knife at this point.

Officer Bryant: "Is that him? Don't you want to see him again?"

A second officer, who isn't named in Henry County's Facebook narrative, begins also trying to talk the man out of his next act.

Officer Bryant: "Your son hasn't given up on you. He needs you."

Officer Bryant: "You don't know that."

He then points out that the man, still holding a knife, has a choice - and a chance at changing his life.

Officer: "Yes, you can. And you don't have to do it here in Georgia. It seems like you really like Virginia. You can go back there. But if you make a mistake today, you can't."

Police then remind the man once more the impact his loss would have on his child.

Officer: "Right now, I know things aren't going right for you, man, and it's hard to think about anything other than your own ..., but when you're a dad, you've got to think of your son. You've got to put your son before everything else. That's even when things are going this bad for you. I ain't trying to be hard on you man, I know things are hard enough but don't be selfish right now. Think of your boy."

The attempts to convince the man to drop the knife continue until the officer reaches down and picks up a phone on the floor - the one that has a picture of the man's son on it. He shows him the picture once more.

Officer: It's not lost, man, it's right there. Look. Please stop. Look at his face. He needs you. Don't do this to him. This will affect him in ways you won't even understand."

The officer then tells the man, now quieter than when they arrived but still crying, that his life can get better - and that it will.

Officer: "But you can't give up. Tomorrow's a new day, man. Put this one behind you and move forward. Nobody can do that but you."

The pivotal moment finally comes as the officers plead with the man to put his knife down. He finally does and they rush in to get to him.

Initially, they handcuff him to keep him from harming himself but take them off later as they get outside where he meets with paramedics and once again with the men who saved him from himself.

Officer Bryant: "You did the right thing today, OK?"

Another officer is heard thanking the man for choosing to live.

In a follow-up post, the Henry County Police Department explained why they shared the post and what they hope others get from it.

"We believe this video, though hard to watch, is important to learn from," the post said. "The way our officers communicate with this young man is an example everyone should follow."

In addition to having de-escalation training, the department said 80 percent of its officers are part of its crisis intervention team which gets addition training in how to handle situations similar to this one.

For anyone who needs help or wants to find resources on suicide prevention, visit the National Suicide Prevention Lifeline website. You can also call the 24/7 hotline number at 1-800-273-8255.