Two suspected gang members have been convicted in the execution-style murder of a Stone Mountain couple. 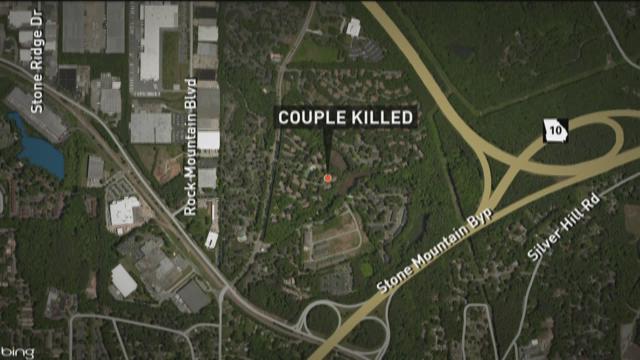 DECATUR, Ga. -- Sylvia Watson was returning home from a doctor's appointment when the horrifying series of events began that would end in the death of her and her fiance.

It was Oct. 24, 2016. Watson was returning home to the apartment she shared with her fiancee, 54-year-old Samuel White, on Tree Mountain Parkway.

As she exited her car, authorities said 27-year-old Christopher "Crisco" Spencer and 28-year-old Vernon "Veto Corleone" Beamon, both members of the "Rollin 20's' gang, approached Watson and ordered her at gunpoint back into the driver's seat.

The two forced Watson to drive to multiple ATMs and withdraw money as they rode as passengers. A bank surveillance camera captured images of Watson and showed Spencer in the back seat, according to the DeKalb County District Attorney's Office.

Authorities then ordered Watson back to her apartment. Watson and White were forced to the floor face-down as the suspects bound their hands and feet with ropes and cords. The suspects then shot each once in the back of the head, authorities said.

Spencer and Beamon then ransacked the apartment for nearly an hour before leaving with a TV and other items, prosecutors said.

A friend discovered the couple's bodies later that evening.

1 / 5
Investigators are on the scene where a man and a woman were found shot to death inside a Stone Mountain apartment by their roommate.

Police believe the couple was targeted for settlement money they were rumored to have, but authorities never found evidence of that money.

On Thursday, jurors returned guilty verdicts against Spencer and Beamon.