Many of the dogs, rescuers said, had matted fur, are underweight, with wounds. 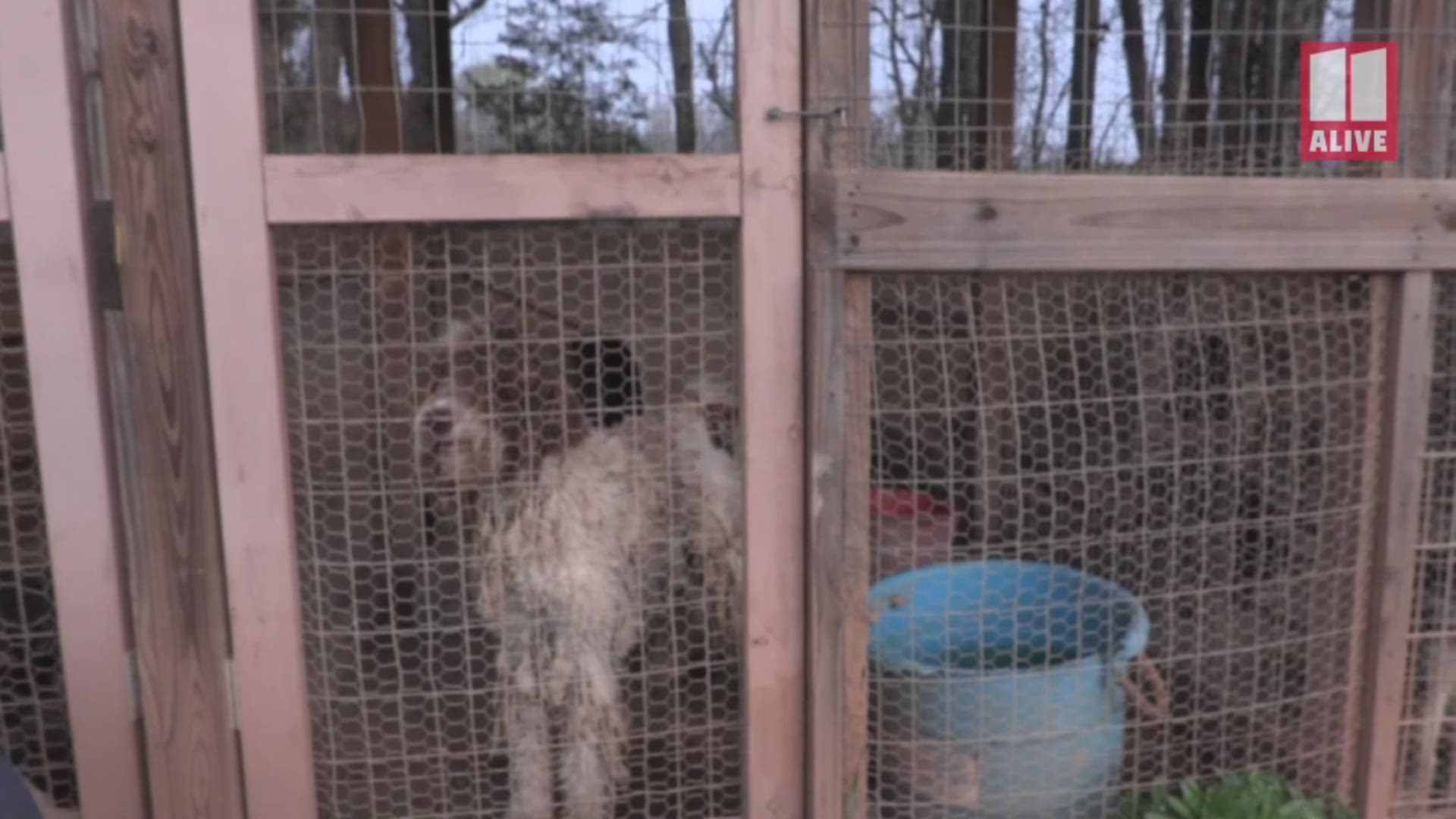 LAMAR COUNTY, Ga. — For the second time in just weeks, dozens of dogs had to be rescued from an alleged puppy mill operation.

The Atlanta Humane Society traveled to a Lamar County property Thursday with the Lamar County Sheriff's Office where they reportedly found 44 dogs living outside in muddy pens amongst their own feces and urine. Rescuers said the dogs had neither food nor drinkable water, and ranged in age with varying medical conditions. Many of the dogs, rescuers said, have matted fur, are underweight, with wounds.

Atlanta Humane said the dogs are a mix of breeds, including Goldendoodles, Bernese Mountain Dogs, Golden Retrievers, German Shepherds and Great Pyrenees. Four of the dogs had to receive immediate veterinary care and were transported to a local veterinarian in Lamar County, rescuers said.

The group is bringing 19 of the dogs back to Atlanta Humane Society's facility for care. The remaining animals will be taken into the care of FurKids Animal Rescue and Shelters and Great Pyrenees Rescue of Atlanta.

Meanwhile, Atlanta Humane reports the property owners have been taken into custody and warrants are currently being processed for their arrest on charges of animal cruelty.