The park stands as a tribute to Ella Mae Wade Brayboy. 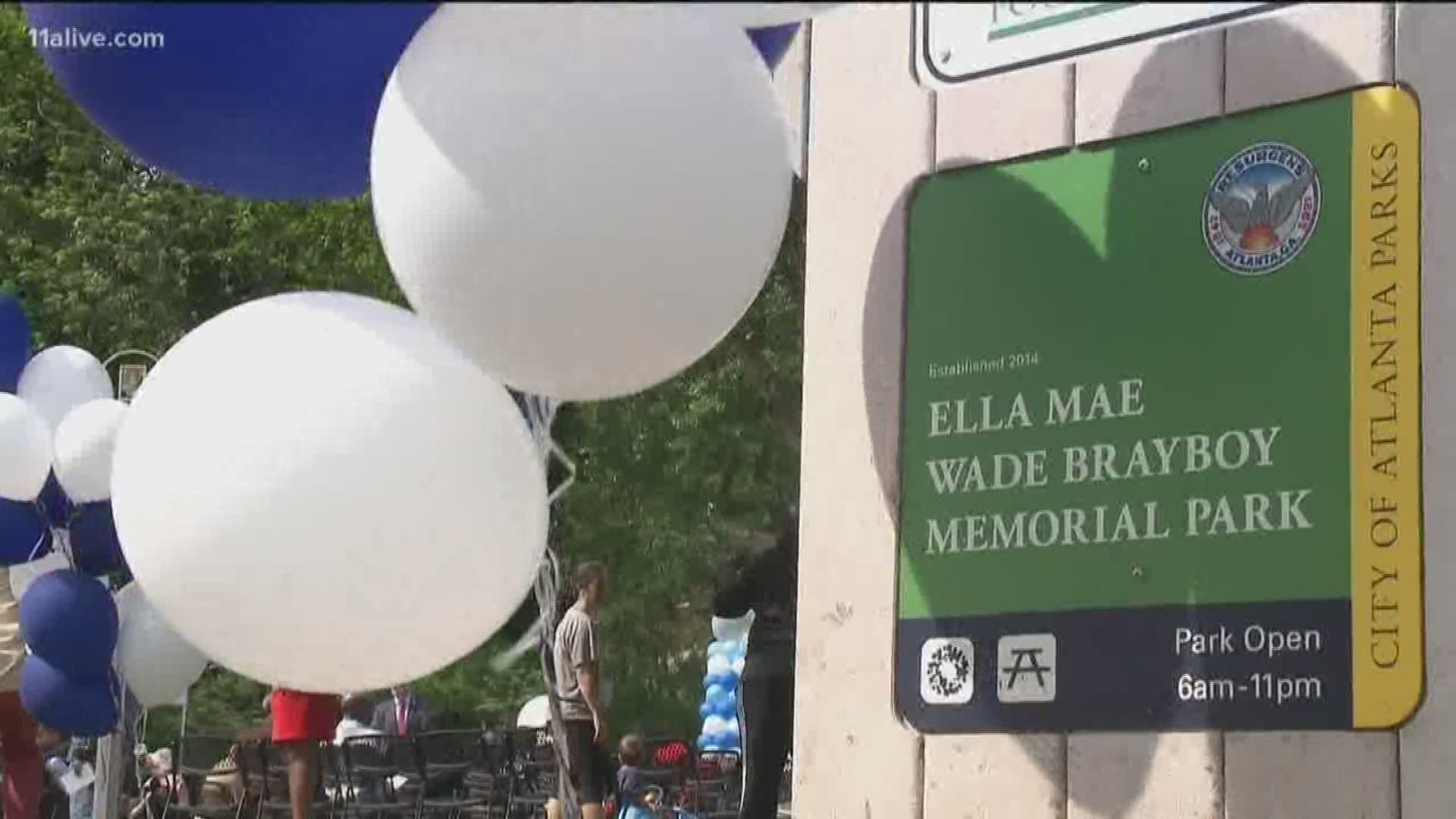 ATLANTA — A new green space in Atlanta has been dedicated to one of the lesser-known "foot-soldiers" of the Civil Rights Movement.

On Wednesday, the Department of Parks and Recreation dedicated the "Ella Mae Wade Brayboy Memorial Park" at the intersection of Burbank and Lena Streets near the Washington Park neighborhood in the city's west side.

The park stands as a tribute to the woman dubbed the "Godmother of Voter Registration" in Georgia.

Photos: Park dedicated to 'Godmother of Voter Registration' in Atlanta

According to historical documents, Brayboy was born in Atlanta in 1918 and died in 2010 at 92 years old.

She was a graduate of Booker T. Washington High School before going on to dedicate her life to activism in the community, focusing on registering black voters.

During her work, she also went became one of the first black deputy registrars in Atlanta in 1964, where she helped place restructure voter registration so that it woven into the community - through the Atlanta Public Library System. Over the course of her lifetime, historians say she helped register more than 20,000 black voters.

The city was joined by Council member Michael Julian Bond Wednesday for the opening of the park. Bond called it a "celebration" that was a long time coming.

"We are gathered to honor such a great woman. Such a great person, neighbor, mentor, teacher, friend," Bond said.

"I grew up in the NAACP, and voter registration, of course, was the focus in the 1970s ... so they interacted with Ms. Brayboy often," Bond recalled.

He then went on to recall a time when he was running for office and had been going door-to-door to ask for people's votes. One of those doors was Brayboy's.

"I looked like I had been in the sun for a long time," he explained. So he said she invited him in for a glass of water before he began to speak.

"And she sat me down in the living room and brought me, probably, one of the best glasses of water I've ever had and proceeded to question me about my proposals and what I wanted to do when I got elected," he explained. "And she sat and she listened and she smiled, and then she said, 'wait a minute. What about this? What about that? What about what you said a minute ago?' ... and so about four hours later, I had received one of the best political science lessons that I had ever had in my life, and I had a mentor and a supporter for life."

Bond said Brayboy continued to be involved throughout his political career, offering advice and guidance, all the while staying involved in the community.

"She was invaluable to an elected official," he explained. "She knew how to reach the community thorough mailings and outreach before email and all of these other things existed. She could put her hands on people anywhere in Atlanta and Fulton County. She cared about the 'least of these.' And so today is a long time coming."

Bond said they wanted to honor her legacy with this "jewel in West Atlanta" - a "place of beauty, peace, contemplation and meditation."

"This is her spot. And we want to make sure people never forget who she was and what she did," Bond concluded.