Attorney for UberEATS driver accused of murder: It was self-defense

According to his attorney, Robert Bivines says he feared for his life when he shot at and killed 30-year-old Ryan Thornton. 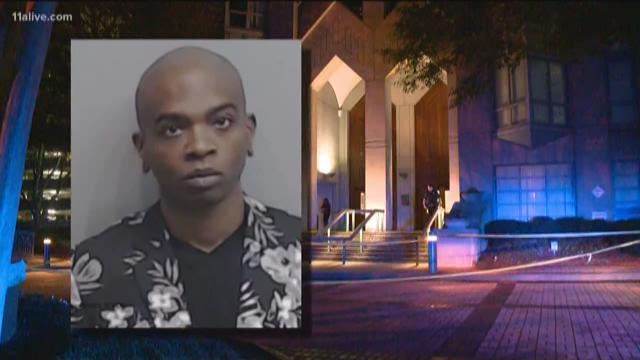 An UberEATS driver accused fo shooting and killing a customer in Atlanta's Buckhead community is now behind bars on murder charges after turning himself in.

But 11Alive has since spoken with the Robert Bivines' attorney who said the story isn't as cut-and-dry as some might believe.

According to attorney Jackie Patterson, Bivines didn't even know he'd killed 30-year-old Ryan Thornton until the attorney told him Sunday afternoon. Bivines said he was just trying to make a living and was in fear for his life when he shot and killed Thornton.

► Police: UberEATS driver accused of killing customer turns himself in

On Sunday afternoon, the attorney got a call from the 36-year-old man asking for help.

"He simply said I need a good lawyer and would you represent me," Patterson said.

Saturday night, Bivines shot and killed Thornton during an Uber EATS delivery. Patterson said his client, who turned himself in to Atlanta police on Monday, had trouble locating the Concord Condos on Pharr Road. When he arrived to deliver $27 worth of food from Tin Lizzy's Cantina, Thornton was allegedly upset.

"My client then reached out the window to get his food and Mr. Thornton jerked it form him and said 'F you'," Patterson said.

Things became heated as Thornton walked away. Then, according to a police report, Thornton approached the vehicle again.

"He had the food in one hand, went inside of his coat pocket of his jacket pocket and said, 'I'm going to F you up,' and started coming toward my client's vehicle," Patterson said.

That's when Bivines fired four shots from the passenger side window of his white Volkswagen Beetle, then sped away.

"He simply panicked because he didn't know what to do," Patterson said.

Bivines has had run-ins with the law before. In 2009, he was charged with aggravated assault. His attorney said it was a misdemeanor.

According to Uber, it is against policy for drivers to have a felony on their records or carry a gun, but Patterson said Bivines only had one choice if he wanted to survive.

"This clearly is a case of self-defense," Patterson said.

Bivines will be in court Tuesday morning for his first appearance. He is charged wit hone count of murder.

According to the police report, there is video that shows the entire exchange. At trial, that will be key in proving if there was a reasonable threat against Bivines.