The Gwinnett County Public Library system is taking story time to a whole new level with augmented reality. "Letters Alive" is a program of Alive Studios, based in Dacula. 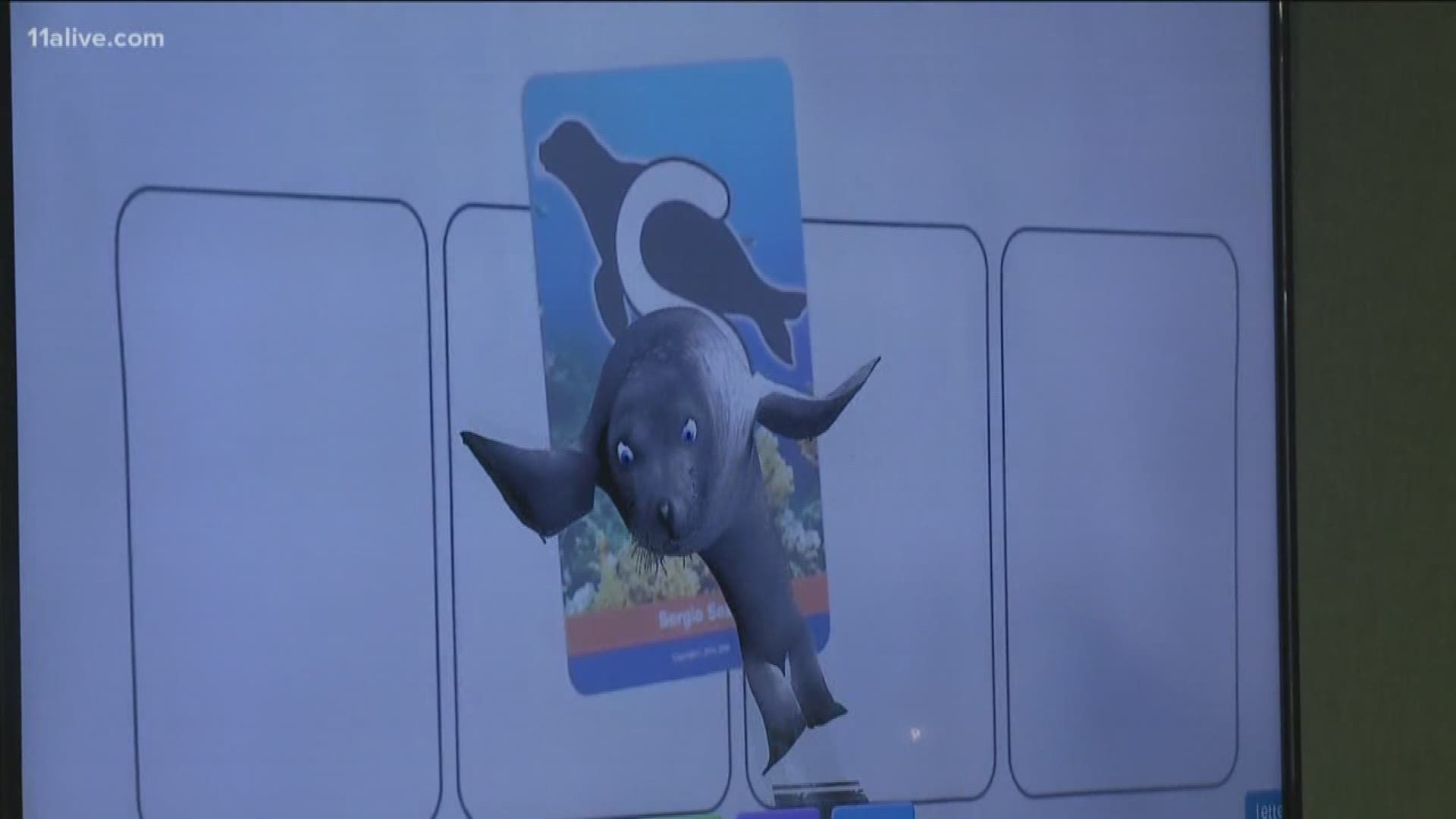 "Letters Alive" is a program of Alive Studios, based in Dacula.

It's designed to help preschoolers learn to read and love doing it.

"We use 26 augmented reality animals to teach early literacy," said Cynthia Kaye, founder and CEO of Alive Studtios. "These animals are going to interact with the kids to learn letters, sounds, we're going to build words and sentences."

Gwinnett County schools already use the technology, and now it's in every Gwinnett library branch in the county.

"You've got kids who are geared toward ipads and computers. This is another way to captivate them," said Shelly Schwerzler, development manager for Gwinnett libraries. "Only 20 percent of our kids are ready for kindergarten. So the library has the ability to bridge that gap."

Parents could see the benefit immediately.

"We speak Chinese at home, so it's perfect," said mom Vivian Huang. "My son actually learned how to say a sentence."

"It's fun for parents and for children. We'll be back for sure," she told 11Alive's Jennifer Leslie.

To provide the program at all branches, the Gwinnett library system received support from the Atlanta Retailers Association, provided $10,000, which was matched by The Community Foundation for Northeast Georgia.