A dramatic downturn in Atlanta homelessness

Underway is a dramatic downturn in unsheltered homelessness in Atlanta as these organizations work around the clock to get these people off the streets and back into families and working relationships. 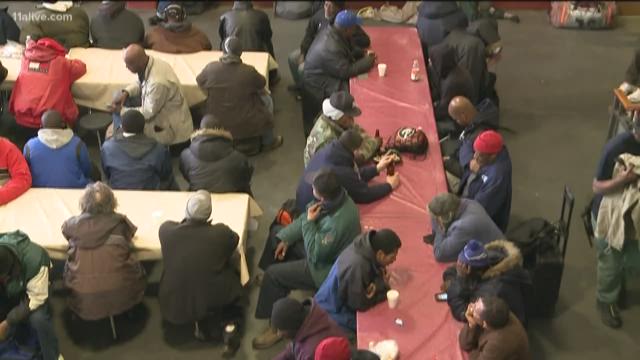 ATLANTA -- On the streets of Atlanta, there's been a dramatic downturn in the number of homeless people living on the streets. It’s down more than 65 percent since 2011.

It’s a success story Atlanta can be proud of this holiday season and 11Alive photojournalist Stephen Boissy and Bill Liss started at 5 a.m. on one rainy Monday morning in downtown Atlanta to find out why the city is having this success.

The "Street to Home" initiative starts before dawn with dedicated volunteers from United Way.

More than 30 volunteers gather at 5 a.m. to go out on the streets, find the homeless and talk to them. Then the ones that agree to go get on a bus from the Gateway Center to various facilities in Atlanta.

That’s where the process begins.

For Jack Hardin, founder and chairman of Gateway Center, a full-service facility for Atlanta's homeless, changing their lives is a passion - but it's not easy.

”When we ask them, 'Are you ready to start a journey with us? We will put you in an apartment, beds, clean sheets, showers,' we think it’s obvious the answer is yes," he said. "But, for them, that’s not the case. They don’t know what it’s like, so a lot of times they say no but over time they begin to think about it and they will say yes." 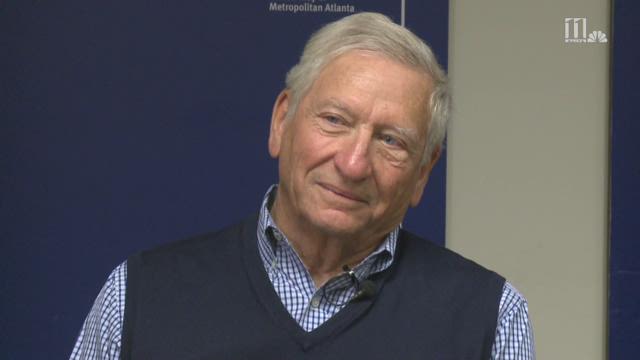 On that rainy morning, eight men made the decision to give change a chance.

In the most recent survey done by the Department of Housing and Urban Development, these eight are in a group of almost 700 unsheltered homeless still living on Atlanta streets. But that’s down from 2,100 in 2011.

These eight were taken to the Veterans Empowerment Center in west Atlanta where an early breakfast and clean beds awaited. Jim is an avid reader and was one of those who boarded the bus.

“The weather is changing and the streets is not a place for anybody. I’ve been on the streets for two years,” he said.

Hardin's goal and that of Gateway is to keep the homeless off the streets for good.

The Gateway Center is a haven for the homeless with healthcare and ways to find employment. It is through a unique training program called Georgia Works.

Heading it is Morehouse College accounting graduate Phil Hunter - once homeless himself.

“Due to drug addiction, I ended up on the street and ended up in homelessness,” he said. “For over 11 years now, I've been helping other homeless people come out from addiction and homelessness.”

But Hunter is not the only one who fought his way back from the streets. And the road back can be rough and tedious - just ask Benjamin Graham.

He spent 5 years on the street, but rehabilitation now means great success on Auburn Avenue. He owns and runs Big Mouth Ben's Convenience store, just blocks from where he lived for 5 years.

“I was under the bridge - two blocks from here at first - I was sleeping in abandoned apartments down on 4th Street," he said. "Then, Georgia State bought that property and they tore the apartments down. So, I grabbed a cushion off the sofa and I brought it up to the bridge and that’s where I lived."

To accelerate the reduction of Atlanta's homelessness, Hardin has spearheaded a fundraising campaign that has already topped $18 million. Atlanta Mayor Kasim Reed and the Atlanta City Council endorsed a matching program and have sold $25 million in bonds. It’s a move that, together with federal and state funds, will bring the pool of available money to continue to fight homelessness in Atlanta to more than $110 million.

While the regional commission's "Street to Home" program goes out into the streets to identify and bring in the homeless, the Atlanta Mission opens its doors to all those who come.

In 2016 alone, Jim Reese, Atlanta Mission chief executive said the Mission served more than 8,000 homeless men, women, and children who came directly through their front doors. They currently house more than 875 people in their Atlanta facilities.

“Our job is to serve those who come to our door," Reese said. "I am telling you we are at 100 percent capacity and so we want to see that number continually going down and the city has done a lot to help with this.” 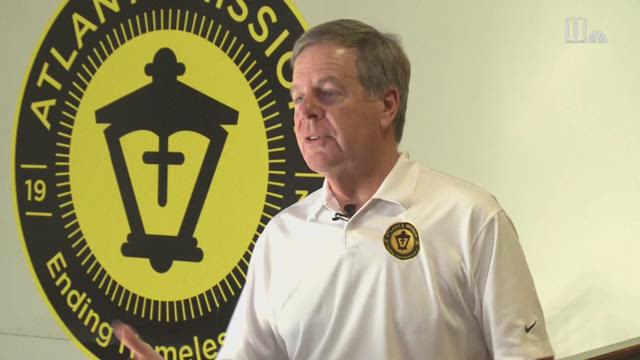 For Reese and the Atlanta Mission, the goals are sharp and focused.

“We want them to be rooted in community and have relationships," he said. "We want them to build and retain employment - not just get a job - and then be able to live in secure housing.”

Sterling Bishop, one of 15 children, credits the Atlanta Mission with turning his life around.

“Getting me off the streets; feeding me; housing me; clothing me; putting me back closer to the Lord; putting me back in touch with my family and my grandkids with the classes they have, has been a blessing,” Bishop said.

It's a non-stop effort to reduce homelessness.

“Our hope to get to a point where homelessness is rare and when it occurs it's brief and when we address it the solution is durable - rare, brief, and nonrecurring,” Hardin said.

It’s a goal we all share and a goal the Atlanta Regional Commission on Homelessness; the Gateway Center and The Atlanta Mission are working 24-7 to eliminate. 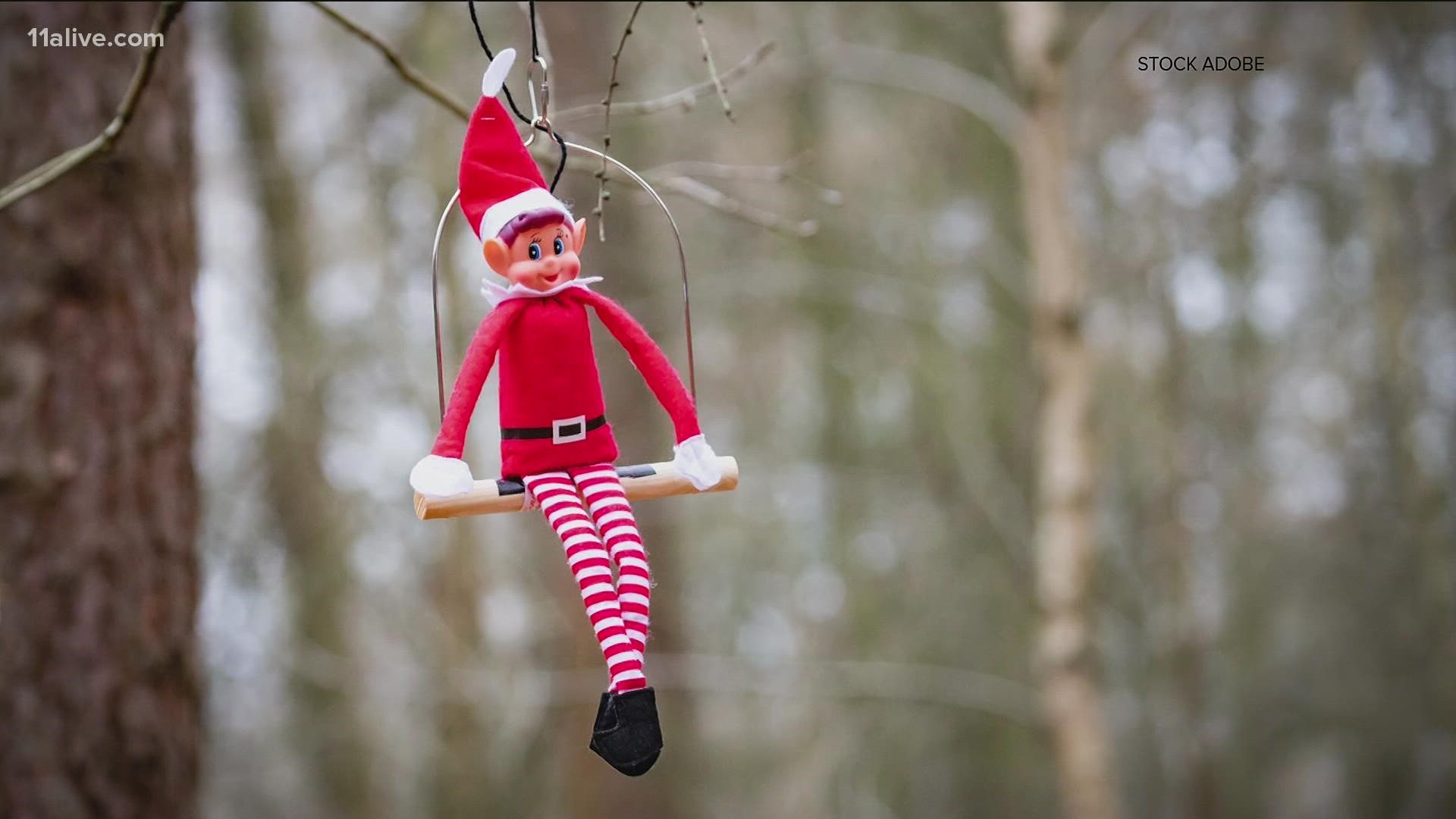 Elves on the Shelf back in Cobb Co.