The over-the-fence friendship between Mary and Benjamin has been featured in print and video worldwide. 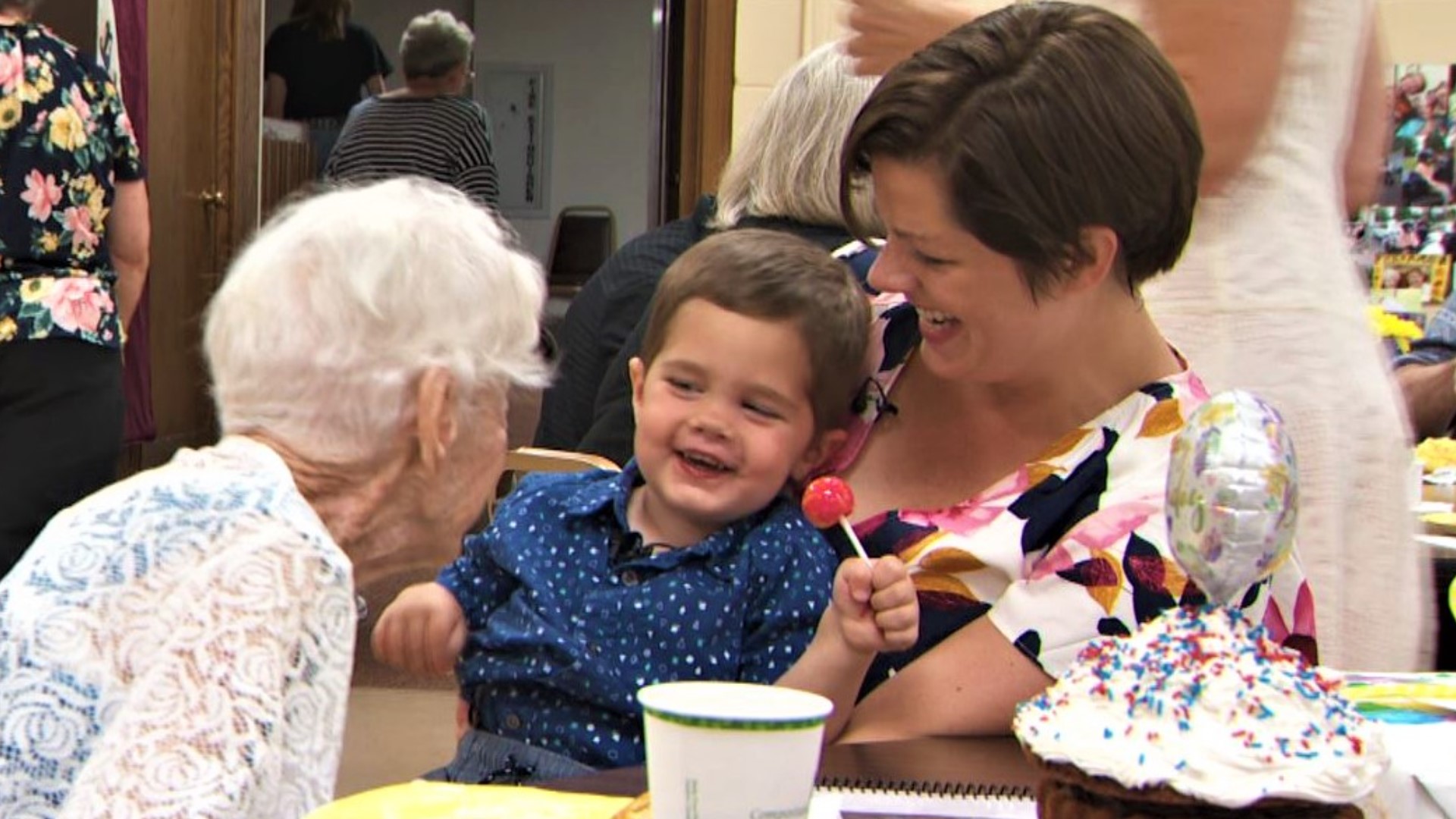 ROBBINSDALE, Minn. — The adjoining back yards are empty. The usual occupants have plans.

“We're going to go to a party,” Sarah Olson says to her 2-year-old son Benjamin as they walk across the parking lot, hand in hand, toward Faith-Lilac Way Lutheran Church.

Minutes earlier, Mary O’Neill emerged from a friend’s car in front of the church.

“I think somebody's having a birthday,” she exclaims.

The celebration in the church basement is for Mary’s 100th.

She wouldn’t think of marking her special day without her best buddy.

High-fives are exchanged between one friend rocketing into her second century and another barely into his second year.

The story of the friendship between Mary and Benjamin was picked up by print and broadcast outlets around the world after first appearing in July on KARE 11.

The Washington Post, USA Today, NBC Nightly News and newspapers from Vietnam to Iceland featured it.

“Everyone keeps saying it’s the story they needed right now,” Sarah Olson says. “It’s really fun to see how excited people are about their friendship.”

The bond was born while Mary and Benjamin were sheltering at home during COVID. They met over the fence separating their homes and soon Mary was swatting balls, delivered by Benjamin, with her cane.

“We call it Cane Ball,” Mary said when KARE 11 first visited their backyards.

The relationship has only strengthened since.

“Just after the story, he started calling her ‘Mimi,’” Benjamin’s mom says.

Benjamin tagged along as Sarah retrieved them. “We would just go to the post office and he would just love to open it up and see all the cards that we got,” Sarah says.

Credit: Sarah Olson
Benjamin Olson collects birthday cards at the post office mailed from around the country to his friend Mary O’Neill.

Sui believes the friendship did not happen by accident.

“She was sitting doing nothing and Benjamin was sent to her to make her move and make her go,” Mary’s daughter says.

Benjamin sits next to Mary as a crowd of her family and friends sings Happy Birthday, then applauds the guest of honor.

Mary puts her face in Benjamin’s and feigns surprise. He giggles and sticks out his hand for another high-five.

“I can’t imagine how this all happened,” Mary says of the attention that’s come their way. “I’ve gotten more cards from people I don’t even know.”

On the walls throughout the church basement are snapshots of Mary through the years pasted on poster boards.

Mary the wife and mom.

And now, one more photo, taken of two friends over a fence.